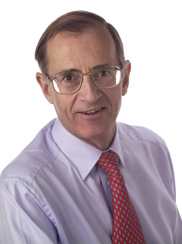 In January 2006, Peter Warry FREng was asked to chair a group for the Office of Science and Innovation to examine how the economic impact of Research Council activities could be improved – one of the key goals for the DTI. Here he writes about the content and the response that his report provided.

It invites controversy to propose measures that could be deemed, however incorrectly, to curtail academic freedom to pursue unconstrained curiosity-driven research. Thus, our report on how to improve the economic impact of the Research Councils’ activity was greeted, in the normally sober Times Higher Education Supplement, by “horrified researchers” arguing that our proposals were unworkable and could kill off the best blue-skies research. “Faraday,Watson and Crick, Einstein, Newton and Darwin would all have been refused a grant”. A leader in The Independent followed the same line. In contrast, the often colourful Research Fortnight questioned whether the report was sufficiently robust to make any real economic impact at all.

Inevitably, the truth lies somewhere between these two polarised opinions. However,before discussing what our report actually said, it would be sensible to set out the background.

The Government published its Science and Innovation Investment Framework 2004–2014 in July 2004. This presented the Government’s commitment to science and research over the next decade, with the long-term objective of increasing the overall levels of investment in research and development to 2.5% of gross domestic product by 2014. It also demonstrated a strong commitment to increasing the impact of science spending on the economy. For Research Councils – which account for some 80% of the science budget – this has translated into two ‘output objectives’ against which the Chief Executive of each Research Council is required to report to the Office of Science and Innovation: Output 1 – a healthy UK research base and Output 2 – better exploitation.

To ensure that the Research Councils were fully engaged in pursuit of both output measures, and in preparation for the upcoming Comprehensive Spending Review, Sir Keith O'Nions, Director General of the Research Councils, invited me to form the Economic Impact Group. Its terms of reference were to consider how the Research Councils could deliver, and demonstrate that they were delivering, a major increase in the economic impact of their investments. The group comprised three university pro vice-chancellors (or equivalents), three industrialists, two Research Council Chief Executives and an economist.

Embarking on the report,we were mindful that a great deal of work was already taking place within universities and Research Councils to improve the economic impact of their work – although much of it had yet to be fully realised. We were keen that any report we produced could be quickly implemented and should work with the grain of the Research Councils’ processes rather than cutting across them. We saw no advantage in attempting a second revolution when a first revolution to improve the economic impact that Research Councils have was already underway. Nor did we want to produce a long report with dozens of recommendations that would never be implemented. It would be hard for the Research Councils to dismiss three or four well considered recommendations: it would also be obvious to Government, business and the academic community if they were not implemented.

The assumption that economic impact is limited to the transfer of scientific and engineering knowledge to industry is false. For example, the research community of the Arts and Humanities Research Council supports the creative industries, which now represent 8% of our gross domestic product and are growing at twice the rate of the economy as a whole. Britain is a world leader in computer games. Research Councils support everything from archaeology to zoology: a prescriptive one size-suits-all solution was therefore unlikely to accommodate the huge variety of academic disciplines and user communities.

In recent months, both the House of Commons Select Committee on Science and Technology and an independent External Challenge Group have produced reports on how the Research Councils can improve knowledge transfer. The thrust of these reports, and of our own deliberations, can be condensed into three key issues on which the Research Councils must act:

Leadership entails the appointment of one of the Research Council’s Chief Executives to lead the agenda on knowledge transfer and economic impact on behalf of all the Councils, to provide strategy and direction, and to facilitate harmonisation and diffusion of best practice where appropriate. Each Chairman and Chief Executive should lead the knowledge transfer agenda within their own Council to ensure that economic impact is ever-present in their deliberations.

Engagement is about ensuring that the Research Councils, as a whole and individually, develop strategic research programmes that address the major challenges we face as a nation and within individual Council’s disciplines. The economic stakeholders of each Council should be fully and continuously engaged in the development and implementation of these plans. Responsive-mode grant applications should identify potential economic benefits of the research; peer reviewers should have clear guidance on how to score economic benefit.

It is this final sentence that those “horrified researchers” must believe has extinguished their chances of becoming the next Newton or Einstein. But does it? All the report requires is that economic benefit is considered and scored (as was already the case in most Research Councils). It does not say it should outweigh research excellence. The whole tenor of our report emphasises how crucial research excellence is to the economy and the decisions of businesses to stay or locate in the UK – indeed the primary generator of economic benefit is research excellence.

Academics and peer reviewers are the people closest to the research and therefore the ones most able to identify potential spin-offs. It is only sensible that, having proposed their research project, they should then be asked to consider if it could have any economic impact and be rewarded for assisting in its exploitation.

The crucial point, and a central theme of our report, is that economic benefit must be an ever-present (but not over-riding) consideration. Only by Council officers, universities and researchers striving to maximise economic impact, in conjunction with excellent research, will this country reap the benefit of recent increases in the science budget. Only when the research community becomes as proud of its economic impact as it is rightly proud of the excellence of its research will the task be complete. And perhaps only then will those (few?) horrified researchers realise that economic impact is not so much a threat as an opportunity.

This article is based on the Increasing the economic impact of Research Councils report from the Research Council Economic Impact Group. Visit www.dti.gov.uk/files/file32802.pdf