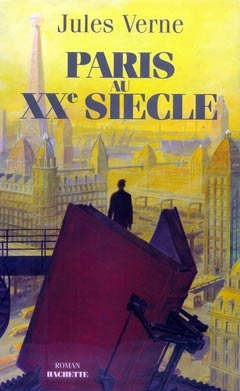 Engineering has inspired writers for as long as there have been engineers and authors. Arthur Bourne – who has previously written for Ingenia about Sculpture and Painting – recalls works of fiction where engineering has featured strongly within the text.

“I write in the time of the Ram, when the time of the Bull is passed, and I address you across more than three thousand years...You in your time, have completed much that I began and your technical achievements make mine seem trivial and perhaps childish. Nevertheless, I have done things no man before has ever done and I have made marvels which no man before could make.”

So begins Michael Ayrton’s The Maze Maker, the fictional autobiography of that archetypal engineer, Daedalus. The very name in Greek, Daidalos, means the ‘cunning one’. This is not a derogatory term, but means to have the ability to solve problems or to find ways round them, to invent and to build contrivances. In The Maze Maker, Ayrton, who had a great empathy with his subject and was an able technician himself,was able to bring Daedalus to life. Ayrton, fortunately, had an ancient story to hand which he, with great skill, was able to flesh out and embroider. Not all writers inspired by engineering are so lucky to have Ayrton’s background. But what many do have is an inventiveness akin to that of the engineer.

In this article, in addition to Ayrton, three authors have been chosen who demonstrate that inventiveness. The first among equals is Jules Verne, the doyen of 19th century science fiction. Although a practising lawyer, Verne was fascinated by the new knowledge unfolding around him. He had the ability to extrapolate from it and invent a future time where technology was to transform the world. During his lifetime engineers were dreaming and doing – exciting things were happening. Railways were cutting across the Continent. Britain’s 1851 exhibition had been a showcase of engineering and industry. In Paris, the 1889 exhibition had as its centrepiece Eiffel’s 300 metre tower. In the automotive field internal combustion engines were being invented and developed by Étienne Lenoir, Rochas (first patent) and Nicolas Otto. Rudolph Diesel produced his engine in 1896 and Gottlieb Daimler’s Mercedes car appeared three years later.

Stimulated by what he saw as the future,Verne expressed his vision in his novels. In Une Ville Idéale, published in 1875, he projects forward to the Paris of the 20th century, where the streets are full of horseless carriages that run on gas and attain 20-30 horsepower, while aero-cars and aeroomnibuses fill the skies above the city! The flying cars and omnibuses may not be exactly as Verne envisaged them but they, in the form of helicopters and airliners, arrived in the 20th century just as he foretold.

Breaking with the earthbound familiar, Verne ventured into space, as had Murtagh McDermot 140 years earlier with From Earth to Moon (1728). Similarly, Verne delved into inner space, with 20,000 Leagues Under the Sea (1869), in which he took the ideas current in underwater engineering to visualise a submarine of a size and an undersea duration well beyond the capability of the engineers of his time. Even in this century there is nothing to match his ‘Nautilus’ – although undersea freighters have been on the agenda none have been built. The only undersea vessels of comparable submerged duration are nuclear-powered missile-carrying submarines.

It is his combination of imagination and prescience that makes Verne extraordinary. In spite of, or perhaps because of, his enthusiasm for technology, he became sensitive to the problems that might lie ahead, as this pertinent quote from Journey to the Centre of the Earth (1864) demonstrates: “Thus were formed those huge beds of coal which, despite their size, the industrial nations will exhaust within three centuries unless they limit their consumption.” He was not to know that the world would turn to oil and gas, but how his warning reverberates today! This sensitivity to the future is a common feature of many authors who embrace technology.

Overlapping Verne (he died in 1905) was another writer who was inspired by the endeavour about him and became a major contributor to the genre; HG Wells. Although much of his writing dealt with the changes the new knowledge and industrial developments were bringing to society, it was his scientific romances, such as The First Men in the Moon, which were to have enormous influence on the young. Many saw Wells as a role model and were encouraged to take up careers in science and engineering. Among his greatest and best remembered works are The Time Machine, a terrifying vision of a dystopian future, and The War of the Worlds, first serialised in Pearson’s Magazine well over 100 years ago and a warning against complacency.

In The War of the Worlds (1897),Wells makes clever use of a common topic of conversation at the time – the discovery of X-rays by Röntgen – as the deadly ray weapons used by the Martian invaders. Then, to turn the screw,Wells introduces something unfamiliar; tripod walking war-machines. There was no precedent for these, even in nature. Hitherto, in the Victorian psyche, it had been ‘earthlings’ who would explore and conquer other worlds. Hence,Wells’ idea that alien beings with superior brains and technologies could be out there proved highly controversial. What he asked was how would we react if confronted with an intelligence greater than our own?

Although an able advocate for science and its realisation in technology,Wells was sensitive to its misuse. He lived to see his worst fears unfold during the First World War; the Second saw his prediction of nuclear destruction realised. This prescience, as we saw with Verne, was something extraordinary. It is demonstrated very clearly in a comment made in a BBC broadcast in 1936, when he spoke of the lack of foresight in society. “We have faculties of history, but nowhere is there a faculty of the future.” He went on to illustrate his argument with a specific topic, the motor car. “Nobody”, he said, “is thinking of the congestion on the roads that the motor car will bring to London.” How familiar, now that we are congestion-charged!

One of the 20th century’s creative minds most ‘captured’ by engineering was that of a young Royal Air Force officer, Arthur C Clarke. His first notable foray into print was not fiction, but a paper published in the magazine Wireless World. This paper was to revolutionise global satellite communications, and Clarke has now taken centre stage in the science fiction genre. His metier is space. Prelude to Space, the first of a long line of imaginative novels, was published in 1953 and was set in Australia, the site of the future rocket test range at Woomera – coincidence? Clarke’s Rendezvous with Rama, an altogether different venture, features an engineered ‘alien world’ entering the solar system. Here we find echoes of Wells’ superior intelligences and technologies.

During this creative spurt Clarke was approached by prolific film director Stanley Kubrick to help him realise his plans for “a proverbial good science fiction movie”. There have been many films inspired by engineering; Destination Moon, Verne’s 20,000 Leagues Under the Sea,Wells’ The First Men in the Moon, The War of the Worlds and The Shape of Things to Come. But Stanley Kubrick and Arthur C Clarke’s 2001: A Space Odyssey has to be the greatest.

It was the 20th century’s ultimate space film, being both inspired and inspiring. The Apollo lunar landings, as Clarke put it, “still seemed, psychologically, a dream of the far future.” The story of the film’s making is one of the collective imagination of a brilliant film director and an equally talented writer, supported by a team of equals in design and engineering. In MGM’s Borehamwood studio, bringing the script to visual form involved a mass of inventive sketches and engineering drawings, which eventually materialised as convincing hardware and sets; for example, the centrifuge scenes in the spaceship Discovery were shot in a revolving drum-like structure 40ft in diameter and 20ft wide, designed and constructed by Vickers Engineering.

2001: A Space Odyssey was an engineer’s film and it showed. Forget the storyline for a moment and look at the engineering achievements the film presents. One sequence alone will suffice; the elegant shuttle’s approach to the space station rotating in time to the tune of ‘The Blue Danube.’ The Russian Mir space station was yet to be and the International Space Station was even further in the future. The technical beauty of 2001: A Space Odyssey remains unsurpassed.

Clarke, like Wells, invokes the aid of aliens with superior intelligence in his storyline which, albeit fictional, hides a paradox. These fantastic structures are not created by intelligences superior to our own; they are Clarke’s, as they are Wells’ and other authors. They are proof of our ability to dream. But writers do have certain advantages over engineers. They can at will develop an idea, take risks, dream and run with it. How different it is for an engineer. As Willy Lee wrote in the foreword to his Engineers’ Dreams, “Engineers’ dreams are things that can be done – as far as the engineer is concerned. There are also things that cannot be done – for reasons that have nothing to do with engineering.” Writers can say “In our dreams we have been to places no human has ever been to, yet!” but engineers can, with confidence, join Ayrton’s Daedalus and say “I have done things that no man before me has ever done and I have made marvels which no man before could make.”

How communications networks have fared during recent disasters and how they could be made more effective.

The thixotropic manipulation of metallic alloys.