Systems Biology: the basis of a third Industrial Revolution? 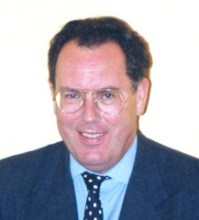 A new report, ‘Systems Biology: a vision for engineering and medicine,’ published in February 2007, recommended that Britain needs to commit resources to the development of a new scientific approach known as ‘Systems Biology’. Professor Richard Kitney OBE FREng co-chaired the inquiry and writes here with Dr Loredana Santoro outlining the scope of Systems Biology, its significance and possible future developments.

When James Callaghan was Prime Minister in the 1970s he watched a BBC Horizon programme on the importance of the micro chip to the world economy. This, apparently,was the first time that the PM had heard of microchip technology but by then it was too late to exploit the discovery. Many economists today would argue that microchip technology has been the main driver of the sustained bull market that occurred throughout a significant part of the 1990s, and into this century. The reason, of course, is the impact that information and communication technology has had on every aspect of our lives.

So, why did Britain miss out on the microchip revolution? We believe that one of the most important reasons for this failure was that the ‘professionals’ (engineers, physicists and others) did not try hard enough to convince the decision makers in government and elsewhere that the microchip was of major importance to the British economy. The results of this failure are for all to see. Today we have virtually no electronics or computer industries in the UK. But isn’t this all water under the bridge? Well, no, because we would argue that we are at the beginning of a third industrial revolution, based in biology, which will build on the second industrial revolution, the Information Age.

In 1953 there was another important moment in the history of science, the publication in Nature of Watson and Crick’s paper ‘Molecular Structure of Nucleic Acids’: arguably the greatest scientific discovery of the twentieth century. This, together with the work of others, including the ‘Initial Sequencing and Analysis of the Human Genome’ (Nature 2001), are major components of the revolution in molecular biology that has occurred over the last fifty years.

What is now taking place is the confluence of these developments in biology with the major advances that have featured in IT over the last fifty years, also including the World Wide Web and high speed telecommunications networks. All this complements and enables the third industrial revolution, which goes under the heading of ‘Systems Biology’. The revolution has already begun, it is still not too late for the UK to be a major player – but there is not much time left.

So what is Systems Biology? Systems Biology can be described as the comprehensive study of biomedical problems evolving from the confluence of developments in molecular biology and other life sciences on the one hand, and advances in engineering, mathematics, physical sciences and information technology on the other.

Systems Biology consists of the quantitative analysis of the dynamic interactions between several components of a biological system and aims to understand its ‘emergent behaviour’. It applies engineering principles to the study of complex biological systems through iteration between computational and/or mathematical modelling and experimentation. 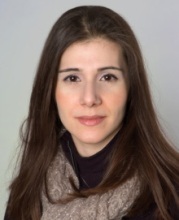 Why is Systems Biology important? Systems Biology has the capacity to change radically the nature and economics of drug discovery. Over the past 30 years pharmaceutical R&D productivity has declined despite increasing investment. One key reason for this is that the diseases that are being tackled today are multi-factorial and it is only by the application of Systems Biology that the complexity of such pathologies can be dealt with and effective new drugs developed.

The pharmaceutical industry is a key component of the UK economy. It is the one industrial sector where Britain remains amongst the world leaders and the prize to be gained from Systems Biology is substantial.

From an engineering standpoint, an even more exciting prospect is presented by ‘Synthetic Biology’, a sibling of Systems Biology. Synthetic Biology aims to design and manufacture biologically-based devices and systems that do not exist in the natural world, and to re-design existing ones.

Engineering principles, including systems and signal theory, are used to define biological systems in terms of functional modules (devices). This is done by creating an inventory of ‘biobricks’ (by modifying DNA) whose function is expressed in terms of accurate input/output characteristics (biobricks are conceptually like Lego parts in Technical Lego). The modified DNA is then often used to change the functions of the organism (at present this is being done on simple organisms such as the bacterium Escherichia coli). Hence, whereas bioparts encode biological functions, devices are made from a collection of bioparts and encode humandefined functions.

Such an approach can be exploited for many applications, for example in the synthesis of new materials that are much stronger and lighter than steel. This would innovate and invigorate several industrial sectors such as civil engineering, aeronautical engineering and the automotive industry. Indeed, if it were possible to reduce significantly the weight of aircraft there would be immediate and major improvements in fuel consumption, resulting in major benefits to the environment.

Equally important is the application of Synthetic Biology in other sectors such as chemical engineering including the petro-chemical industries. For example, the political importance that biofuels are gaining reflects the implication and potential of biological synthesis.

It is difficult at this stage to predict the importance and type of new drugs and technology that will arise from Systems Biology and Synthetic Biology – a question that is always asked by the layman at the start of new fields of science and technology.

It is, nevertheless, becoming clear from the high level of international interest and investment, that these fields are perceived as having enormous industrial potential. It is the responsibility of the professionals to ensure that the decision makers in Government are fully briefed as to the importance of Systems Biology and Synthetic Biology to the future of the British economy.

The report addresses this issue and the recommendation is made that in order to advance knowledge in Systems Biology and to build the UK's wealth, it is essential to establish a number of new major systems biology centres in leading British universities that have internationally competitive research in biology and medicine, engineering and the physical sciences. Otherwise, the mistakes of the 1970s will be repeated.

Richard is Professor of Biomedical Systems Engineering and Senior Dean of the Faculty of Engineering at Imperial College London. He is a Visiting Professor at MIT. Loredana is a cognitive neuroscientist by training and works as a Policy Advisor at The Royal Academy of Engineering. Dr Santoro was the Secretary to the Systems Biology working group.

The technology behind a new NATO submarine rescue vehicle