Intellectual Property – what does the Gowers Review tell us?

The Gowers Review published last year, suggested proposals on a range of policy issues surrounding copyright, patents, enforcement, and the fight against IP crime. Sir Hugh Laddie comments on the report and makes suggestions of his own about this important area of innovation. 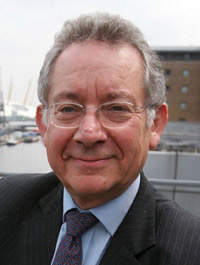 Like them or loathe them, Intellectual Property (IP) rights are a fact of life in most countries. Over the years, the scope and number of IP rights have grown. In the last 50 years, that growth has been particularly vigorous. One of the major justifications for the existence and expansion of these rights, is the belief that they encourage investment in R&D, and the development of new products and services. This belief is not universally accepted and, even where it is, there is disagreement as to the scope and variety of IP rights which should exist.

The Government has made two notable forays into examining the benefits and disadvantages of the IP system. The first was the creation of the IPR Commission which was given a mandate to investigate the impact of Intellectual Property rights, particularly on less well developed countries. Its report, published in 2002, was controversial, but is still highly regarded, particularly in developing countries. The second foray took the form of a wide-ranging inquiry under the chairmanship of Andrew Gowers. This has resulted in the publication, in December of 2006, of the Gowers Review.

The Review covers a lot of ground but there are important themes which it does not, or cannot address. Perhaps the most telling is the constraint imposed by the international nature of many IP rights. In many areas, the UK Government has little or no power to alter or expand rights. The Review suggests that the penalties for certain types of infringement should be increased. If minded to, the Government would be able to implement this recommendation. However, in many areas all the UK can do is lobby for changes in international Treaties. One highly contentious IP area at the moment is whether the UK should follow the United States down the road of allowing patents to be granted in respect of computer software and business methods. The Review’s recommendation is that we should not. In theory, the Government could introduce entirely new rights on a national basis. For example, there is discussion in the Review of the possibility of introducing utility models, that is a type of shrunk-down patent for lesser inventions.

The reality is that the Government would be unlikely to implement this without international agreement. On the other hand, the Review’s recommendation that such rights should not be introduced will count for little if, at the European Union level, it is decided that they should. The result of this is that the Gowers Review contains a patchwork of fairly minor recommendations. I suppose one could not really have expected more.

The Review also highlights the continued existence of serious failings in the way in which the United Kingdom’s IP system works. One of the most notable is the reference to the proliferation of overlapping IP rights which is particularly acute in the area of design. The Review suggests that this causes “significant confusion” within industry. This is an understatement!

It is somewhat surprising that Gowers received few, if any submissions on this topic, yet it represents one of the major defects of our current system. A proliferation of overlapping and inconsistent monopolies is not just “confusing”– it represents a real threat to the freedom to improve current products and design new ones.

A courageous approach might have been to suggest that where Community rights exist, it should no longer be possible to obtain national rights. That would halve the number of rights but still leave plenty of protection to meet reasonable needs. But since no one seems to have suggested this to Gowers, it is hardly surprising that he does not volunteer it for himself.

Another serious defect in our IP system is the scandalous cost of enforcing rights. Anyone who does not appreciate just how dire the situation is should read paragraph 3.21 and paragraphs 5.113 to 5.130 of the Review. What emerges is a legal system largely paralysed by high costs. As Gowers says, a challenge to a patent can be expected to involve legal costs of £750,000 for each side in a simple case. The result is that litigation in the UK Patents Court is now effectively restricted to cases between very large corporations.

This means that small and medium enterprises (SMEs) have a legal system that is stacked against them. An SME with a good IP right which is challenged is likely to find itself unable financially to maintain its position in court. This defect of the UK system is made all the more shameful when, as the Review points out, the cost of equivalent proceedings in, say, Germany or the Netherlands is about 75% less. Unfortunately, Gowers’ terms of reference did not allow him to make suggestions as to how this problem could be tackled.

The extraordinary cost of UK litigation affects all legal rights but, because it can be most easily compared with Continental systems in the IP area, it is in that area that the pressing need for change is most visible. A solution is not difficult to identify. If the continental system is so much cheaper than ours, perhaps we should have the courage to look across the Channel and jettison some of our long established procedures in favour of a leaner and cheaper European alternative. Who knows, perhaps the Gowers Review will remind the Government that tinkering with IP rights is not the pressing issue. It is the correction of major defects in our legal system which is the real pressing need. If that was tackled, everyone, including IP rights owners, would benefit.

Sir Hugh Laddie is a consultant with a firm of solicitors specialising in Intellectual Property Law, Rouse & Co International. From 1995 to 2005 he was a judge in the High Court of Justice, Chancery Division, latterly being the senior judge of the Patents Court. He is a graduate of St Catharine’s College, Cambridge where he read Natural Sciences and Law. He was called to the Bar,Middle Temple, in 1969 becoming a QC in 1986. He is Vice-President of the Intellectual Property Institute, London.

Creating car sounds that are appropriate to their marques

Maximising the elimination of carbon generated in creating, taking down and maintaining a building

The challenges of designing the wings for the world's largest passenger aircraft, the Airbus A380