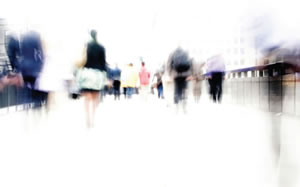 Engineers and engineering may be valued but they are effectively invisible as far as the public is concerned. These are the findings of the UK’s first ever study into the public’s perception of engineering and engineers commissioned by The Royal Academy of Engineering and the Engineering and Technology Board (ETB). Dr Danny Penman, a feature writer for the national press, looks at the results and what needs to be done to address them.

“Engineering doesn’t have an image problem; it doesn’t have an image!” This comment by Richard Knight, Creative Director of PR company Mission 21, encapsulates the findings of a survey conducted in the summer of 2007. Whilst the study’s findings were less than rosy, they do provide valuable data as to how these perceptions of engineers and engineering can be changed for the better. They also form a baseline of public attitudes from which progress can be measured over the coming years.

“This is the first real data that the Academy has gathered of public attitudes to engineering and it’s given us a very clear message that we need to do more to demonstrate engineers’ role in society,” says Dr Scott Steedman, Vice President of The Royal Academy of Engineering. “If Government is to achieve its vision of the knowledge economy, it’s vital that we enthuse young people.

“We need to be more ‘joined-up’ across the profession. Our campaigns need to be much more visible. As individuals, engineers need to be more outspoken about the value they bring, and the contributions they make, both to improving people’s lives and to the economy.” If attitudes don’t change then the profession will face a diminishing pool of people who care enough about engineering to want to become an engineer.

The survey confirmed what engineers have long suspected – that the public has little or no understanding of the nature of engineering, its scope, diversity and impact on society. Nearly half of the survey respondents felt they knew ‘very little’ or ‘not very much’ about engineering (see Figure 1), and six out of ten people thought that ‘hardly anyone knows what engineers do’. Younger people, in particular, have a much more limited understanding of engineering.

The study also discovered that people tend to associate engineering and engineers with construction and the manual professions (Figure 2) rather than design or innovation. In fact, eight out of ten respondents merely thought that ‘engineers fix things’. Most people thought that engineers mainly worked in construction. Far fewer thought that they had any involvement in, for example, medicine.

The findings suggest that using the term ‘engineering’ to describe activities as diverse as financial engineering and car repairing, ensures that many young people are confused about what engineers actually do. This led them to rate the contribution of engineers as only moderate for their role in resolving major world issues such as climate change or vaccine development.

Amongst older people in particular, engineers were generally viewed positively and were compared favourably with lawyers and those in the medical professions. This generally held true amongst all age groups, except for 16-19 year-olds. People who had a good knowledge of engineering also felt that the profession had a pronounced ‘creative’ and ‘thinking’ image rather than a ‘manual’ one (Figure 3). This group tended to be composed of older managers, professionals and skilled non-manual workers (known collectively as ABC1s).

“Misconceptions and misunderstanding of engineers and engineering are arguably the key fundamental cause of difficulties in recruiting young people to train, study for and develop their careers in the engineering field,” says John Morton, Chief Executive of the ETB.

The study did, however, also highlight some extremely positive news. Positive attitudes amongst all age groups towards engineering were based on a belief that engineers are responsible for providing many of the things people rely upon in their daily lives such as transport, electricity and buildings. In fact, 88 percent of young people and 92 percent of all age groups believed that engineering makes a good contribution to society.

The study also set out to explore why mis-perceptions and mis-understandings exist and to investigate ways of engaging with the public with engineering. Part of the process included the development of case study materials to explore how and why people engaged with engineering.

The exercise showed that some of the best ways of engaging with people were through strategies that communicated one, or preferably more, of a number of elements: the ‘wow factor’; simplicity; social responsibility; and relevance to an individual’s interests and concerns.

The greater the ’wow factor’ the greater the interest and engagement. An example given in the workshop was of a ‘springy’ prosthetic leg that allows the disabled to run as fast as able-bodied athletes. The ’wow factor’ was linked to the uniqueness of the idea and the power of engineering to make a positive change.

Ideas identified as simple and effective were felt to be engaging. The Beddington Zero Energy Development was one such project whose potential to limit climate change through building design captivated participants in the survey.

People viewed engineering more positively where they saw it as helping and benefiting those in need or society in some way. The focus groups learnt about developing sources of clean water for Ethiopia as one such inspiring example.

Relevance to an individual’s interests and concerns

Participants tended not to engage with examples of engineering – either positively or negatively, in cases where they did not feel it was relevant to them, their concerns or their interests.

Transforming the understanding of engineering will require a concerted challenge. It will take many years to raise the profile of engineering. It will also require sustained investment of both time and money by the Government, the Academy and other stakeholders. Indeed, the whole engineering community has to invest in the process.

The media’s indifference to engineering may well confound the problem. Findings from America suggest that engineering and engineers do not receive a bad press; they simply receive no meaningful press at all.

If engineers, the Academy, Government and other stakeholders fail to engage the public, then the future is bleak. The profession will face a diminishing pool of people who care enough about engineering to want to become an engineer.

John Morton, the ETB’s Chief Executive, says that the research will help identify new and more effective ways in which the profession can improve public understanding of engineering. “With chances to get involved in significant projects ranging from developing the Thames Barrier or the Olympic Village, to creating biofuels and being at the forefront of latest technology such as digital radio, there’s never been a better time to get involved in engineering. We need to find more ways in which we can get this message across and raise the profile of engineering.”

The research consisted of a quantitative survey and qualitative ‘focus groups’ carried out by the British Market Research Bureau (BMRB), Social Research and BMRB Stakeholder. Taken together, these provide a baseline measure of public knowledge and understanding which can be used to help design and fine-tune programmes aimed at engaging with the public.

The survey was administered using Computer Assisted Telephone Interviewing (CATI) among a nationally representative sample of 1,000 adults aged 16 and over. In addition, a boost sample of young adults aged 16-19 years was interviewed. Fieldwork was carried out in June 2007. Quotas were set to ensure the spread of people spoken to was nationally representative of age, gender and working status.

Download the study ‘Public Attitudes to and Perceptions of Engineering and Engineers 2007’ at www.raeng.org.uk/pa

Dr Danny Penman is a feature writer for the Daily Mail having formerly worked for New Scientist and The Independent. He holds a PhD in biochemistry and specialises in reporting on science, technology, health and animal rights. He is a commentator on these issues for BBC Radio Four and Five and has produced a number of investigations for BBC1 and Channel Four News. He also runs newsmonster.co.uk – a website dedicated to all things quirky.

The author would like to thank Dr Lesley Paterson, Head of Public Engagement at The Royal Academy of Engineering, for her help in writing this article.

The engineering and construction behind the National Ignition Facility in California, and how Europe is intending to create fusion energy