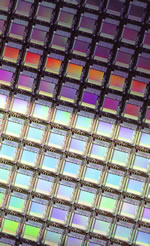 Michael Kenward OBE writes about why two eminent researchers decided to leave the senior common room and take the risks and responsibilities of starting new businesses. Thanks in part to their entrepreneurial successes, both professors now live in the middle of clusters.

Successful entrepreneurs are an essential component of any attempt to seed new innovation clusters. The problem is where do you find such people? Fortunately, there are succesful role models out there. Sir Michael Brady FREng FRS and Peter Denyer FREng FRSE are both engineering professors who have not just started one successful business; they have become self confessed ’innovation junkies’.

There are some interesting parallels in the experiences of Brady and Denyer. They both learned the hard way that some investors are more interested in money than in science and technology. Yet, despite nail-biting encounters with bank managers and other ‘near death’ experiences for their ventures, Brady and Denyer not only thrived on the experience but also went on to create many subsequent start-ups.

Both engineers did research that, they felt, could combine the essential ingredient of any innovative new business – they offered technologies that could do something for people, and be profitable in the process. For both Denyer and Brady it was not really the chance to make money that turned them into entrepreneurs. They both believed that their research could change things but not if they left it to the slowly grinding wheels of ponderous big companies. Denyer wanted to replace the prevailing technology for electronic imaging while Brady wanted to revolutionise medical imaging.

Professor Denyer’s group at Edinburgh University worked on new ways of capturing images electronically. Electronic cameras were beginning to appear at the beginning of the 1990s, with camcorders becoming increasingly popular. “They used a technology called charge-coupled devices, CCDs, as the element that actually sensed and captured images,” explains Professor Denyer. He had other ideas, based on less exotic semiconductor technology, the CMOS chips that dominate modern electronics.

No one took him seriously but thanks to a grant of £120,000 from the EPSRC, the Edinburgh team persevered and built the scientific foundations of what was to become Vision, his first company.

A professor in the engineering department at Oxford University, Brady was one of the UK’s leading researchers in robotics. He had already set up a business, Guidance Control Systems, to commercialise the group’s research in robotics. Then came an event that changed his life. In the early 1990s Brady’s mother-in-law died of breast cancer. “That put a real stop on my life. I wondered what I was doing playing around with robots,” said Brady.

Unimpressed by the diagnostic tools available to treat breast cancer, Brady changed direction and started to work on medical imaging, particularly mammography. This time Brady set out with the end goal in mind. His group was not interested in technology for its own sake. He wanted to improve patient care.

With the research delivering promising results, Brady raised a £1 million to start up a business that would bring his new imaging diagnostics to the mammography market. He immediately upset the investors by blowing a quarter of the money on a stand at a trade show in the USA! As it turned out, that proved to be a very shrewd move.

When they got to the show, Brady’s team had two things on its stand. As well as the imaging system, the other ’product‘ was a filler on image fusion technology, a software tool for image alignment and analysis. This was, Brady now admits, “lashed together and didn’t really work, but we didn’t really tell anybody”.

Guess which product caught the eyes of the visitors? “What we discovered in three days, from several hundred customers, was that they didn’t give a monkey’s about mammography, but they thought the fusion stuff was great. We got back to base at the end of that week and we stopped every single piece of work on mammography and we threw everything into getting US Food and Drug Administration (FDA) approval for our work on image fusion.”

The lesson Brady draws from this is that you have to listen to customers. By listening, Brady sold the company that grew out of this technology, Mirada, to one of its own customers, a business that itself was acquired by Siemens. This success gave him the confidence to develop the mammography technology later on.

Denyer’s technology also started with different objectives. The first idea was to use the technology for security systems. The company had one of its early disasters when a helicopter on the way to the trade show that would have launched Vision’s ’seeing chips‘ on to the world crashed, destroying the only sample and killing the ’product champion‘ who had done so much to encourage Denyer and his fledgling business.

Then came a failed attempt to create a camera for “a certain large consumer electronics company”. This episode brought home to Denyer another important fact of business life, the need to let people go so that the company doesn’t go under and take everyone else with it.

Brady tells similar stories. “If you are the chairman and founder of the company you find yourself in a very nasty position of having to dismiss not only friends but your colleagues and students. But if you have got 20 or 30 other people working for the company you have just got to do it.” This is not, says Brady, something that most academics are good at.

Both Denyer and Brady went through rocky times on the financial front. For Brady the crunch was when the company he had set up to commercialise his research on medical imaging came within two weeks of not being able to pay the wages bill. A major investor tried to take 70% of the company for a song. “We went round and met every single investor individually: we told them what was happening, what our story was, what the future was. We subsequently raised £750,000 in two days!”

Denyer’s biggest problems arose later in the company’s history. It took time before Vision could match CCDs for quality, “but we did beat the pants off them on the level of integration we could achieve, and in particular the power consumption of CMOS camera chips”. By 1995 Vision was the first Scottish spin out to list on the London Stock Exchange. “In 1997 we shipped a million cameras. We hit £10 million in revenue.”

“These were the glory years for me as well as for the company”, says Denyer. “One day I would be deep inside the circuit that was going to reduce noise levels by two electrons, the next I was schmoozing City fund managers. On top of this a million people on the street were using my products.”

Then came trouble. The company actually lost money and that is not on if you are a quoted company. “We were crucified for this,” said Denyer. Takeovers are made of this sort of thing as investors get twitchy. That is what happened to Vision. “One of the hardest days of my professional life was the day I stood in front of my company and told them I had sold the business.”

The business is still a standalone part of STMicroelectronics, a large European semiconductor company. Many of the mobile phones sold today have cameras using the company’s chips. “By 2005, more CMOS cameras than CCDs were being shipped,” says Denyer. “All that cranky prophesy that I had indulged in as an academic had finally come true.”

Both Brady and Denyer have seen the businesses they started sold on and their technologies absorbed into the production lines of larger concerns. Brady ended up selling the business to one of his company’s biggest customers.

These entrepreneurs could easily have retired to their professorial chairs and left it to following generations of their students to build the next wave of technology start-ups, but by then they had become convinced entrepreneurs.

Denyer says, “I had already founded another two companies, both of them spin outs from Edinburgh.” One ended up with a public listing, the other as part of a company listed on NASDAQ, the US ’high tech‘ stock exchange. “Now I am on my third wave of these companies,” says Denyer, “six of them. Most of them university spin outs.”

Brady is similarly addicted to starting new businesses and is involved in another wave of start-ups, despite that fact that after he sold one business, in 2003, his wife had told him, “If you start another company I will divorce you.” Six months later he was at it again, but the marriage survived. The new company was, after all, involved in the area that had first got Brady into the business of businesses: breast cancer.

Brady and Denyer may have been rare academics when they started their spinning out. Plenty has changed in the two decades since then. Now, says Brady, hundreds of academics want to see their work in the marketplace. He sees the same entrepreneurial thinking in his graduate students, post-docs and even among the undergraduates.

Michael Kenward has been a freelance writer since 1990 and is a member of the Ingenia Editorial board. He is Editor-at-Large of Science|Business.

This article is based on speeches by Professor Sir Michael Brady FREng FRS and Professor Peter Denyer FREng FRSE at the annual innovation lunch of the ERA Foundation. For more details visit www.erafoundation.org