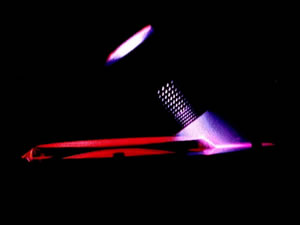 New technology has dramatically improved the levels of measurement and precision achieved in manufacturing. The new challenges posed and opportunities enabled by ‘ultraprecision’ are important in many fields; from the mirrors needed for large-scale telescopes to optics and machines that help make integrated circuits. Professor Paul Shore of Cranfield University’s world-recognised Precision Engineering Centre, tells of the advances in manufacture and the associated measurement capabilities for ultra precision surfaces.

Much discussion and attention has been focused on activities coming under the heading of ‘nanotechnology’. In contrast, little emphasis has been placed on technologies that offer nanometer-level qualities but applied to larger scale items. These activities are commonly referred to as ‘ultra precision’ technologies.

The quest for precision is a dynamic, continuously evolving process in which new technologies are constantly being developed and benchmarks repeatedly shift. What can be described as an ‘ultra-precision’ surface has significantly changed during the last few decades.

Ultra-precision surfaces are today often expressed in terms of their accuracy relative to their size. For example the most accurate surfaces produced today have a relative form accuracy to size ratio of one part in 108. This ratio equates to 10 nanometres (or 100 hydrogen atoms) form accuracy on a one metre component. Surfaces of this extreme quality are commonly employed in ground and space-based optics (for the mirrors).

A number of next generation science programmes will demand many hundreds of large scale ultra-precision surfaces. These programmes include the US led Thirty Metre Telescope (TMT) project and the 42 metre European Extra Large Telescope (EELT) – led by the European Organisation for Astronomical Research in the Southern Hemisphere. These ground-based telescopes will, amongst addressing other science issues, provide the capabilities for detecting earth-like planets of far-away stars.

The barriers to making even smoother and more precise surfaces represent key demands needed to unlock new methods and products - not least how to produce them faster and more economically.

Ultra-precision surfaces enable many products and systems to function; often they define product performance. An important example is the quality of the surfaces within the optical tower of a lithography wafer stepper. These wafer steppers are the machines that make the integrated circuits for computers. It is the extremely high quality of lithography system optics which significantly dictates the small feature size of transistors within an integrated circuit. Today the smallest feature size is only 40 nanometres.

The greater the degree of precision with which patterns on integrated circuits can be defined, the greater the density with which components can be packed – a fact that underpins the continuing validity of Moore’s Law as he restated it in 1975 – the contention that the number of transistors which can be economically placed on an integrated circuit doubles roughly every 24 months.

Ultra-precision smooth surfaces such as those needed for state-of-the-art optical devices, for example lenses and mirrors, can be thought of as extreme examples of what are called ‘structured surfaces’, surfaces designed by engineers to perform specific functions. In these cases they optimise the transmission and reflectance of light.

In order to manufacture to accuracy on these orders of magnitude, we must be able to measure as much as five or 10 times better towards the level of an Ångstrom 10-10 m.

Typically the processing chain for fabrication of ultra-precision surfaces would be based on a sequence of diamond machining, followed by free abrasive polishing and finally an energy beam removal process such as ion beam figuring.

The diamond machining process employs ultra-precision machines whose motions are controlled by laser interferometers with nanometre resolution. These motions ’float’ on non-contacting fluid film bearings and incorporate temperature control to better than 0.01°C. The Cranfield BoX® is a state-of-the-art example of such a machine. It provides the ability to produce surfaces with a dimension of up to two-metres having form accuracy of 1-2 micrometres.

Smoothing down the peaks

The free abrasive process stage is a subaperture process which uses a ‘time-dwell approach’ whereby a tool dwells on the high point regions in comparison to relatively low regions. The calculation and control of the tool path motions is highly complex, demanding precise error map measurements of the input surface quality. Laser interferometers are used to generate surface ‘error maps’. From these error maps, tool path motions are calculated which figure the input quality to the desired surface shape.

Final processing of extremely precise optics such as telescope mirrors and lithography lenses demands non contact processing in order to achieve the necessary form control. Today’s established technology of this type is broad ion beam figuring, whereby ions are accelerated to bombard surfaces which in turn knock out ions to achieve a sub-nanometre surface removal technology. This ion-based process also employs a variable time dwell to converge on the demanded surface shape.

Another form of ultra-precision surface produced in large quantities today is micro-grooved films that have many different applications according to the profile, size and consistent accuracy of the grooves, typically better than one micrometre. These include films that act as ’directors‘, for the orientation of liquid crystals in LCD, plasma and OLED (organic light-emitting diodes) flat panel displays now in widespread use in consumer products such as TVs, computers and digital cameras.

Micro-grooved plastic films with sub-micrometre precision are produced in large quantities by rolling with large ultra precision aluminium micro-grooved rolls which are themselves produced by single point diamond turning/cutting on ultra precision machine tools, amongst the most accurate machine tools made today. Plastic films with different groove sizes and shapes are used for a variety of applications ranging from ’peel-apart‘ tabs on nappies to high reflectivity road signs.

Other benefits of micro-grooved structured surfaces include the orientation of living cells which can lead, for example, to the faster securing of prostheses.

At the end of 2007, the European Organisation for Astronomical Research in the Southern Hemisphere (ESO) signed a contract worth €5 million to produce an initial batch of seven mirrors with Optropreneurs Limited in North Wales. The order is one of several that ESO is placing to provide organisations with the opportunity to demonstrate their ability to produce the necessary mirrors and provide a clear description of the production route for fabricating these ultra precision surfaces.

The project is the European Extremely Large Telescope (E-ELT), an optical and infrared telescope with an estimated cost of €800 million that is due to go into service in 2017. The core of the E-ELT, an initiative of the ESO, will be a 42m diameter mirror composed of 906 hexagonal segments each of which will be 1.45m in size and will have a form accuracy of < 25 nanometres. This order from ESO is the first large optics fabrication order to be secured in the UK for over 25 years.

A new process has recently emerged from the US National Ignition Facility project, at the Lawrence Livermore National Laboratory, which alters this situation markedly. Reactive Atomic Plasma (RAP) technology is essentially a controlled etching process in which the chemical activity is constrained within an argon plasma plume. The plasma plume can be traversed across the surfaces involved using the same time dwell technique that is employed for ion beam figuring.However, RAP has a wider material removal rate capability, faster but with finer control and operates at atmospheric pressure, which makes it potentially more cost-effective than ion beam figuring.

It is highly significant, therefore, that it is intended that at the Ultra-precision Structured Surfaces Centre based at Technium OpTIC at St Asaph, North Wales (UPS2) the third stage of the ultra-precision manufacturing process will be provided by the latest RAP technology because it promises to be significantly faster than existing alternatives.

The production facilities at UPS2 already include a Cranfield BoX® ultra precision diamond grinding machining and measuring system and a Zeeko seven-axis ultra precision free abrasive/fluid jet polishing system. Both machines have a work piece capacity of over one metre. They will be teamed with a RAP system developed jointly by Cranfield and RAPT Industries, so it is no exaggeration to state that UPS2 will not just be the leading ultra precision manufacturing facility in the UK, it will be a state-of-the-art facility at a global level. 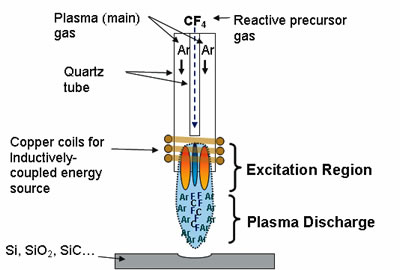 The engineering achievements necessary to develop a nuclear fusion power station, one based on laser containment and ignition, represent an engineering challenge as significant as the space programmes of the 1960s. Some of the most challenging aspects of fusion energy programmes are related to ultra precision manufacturing capability.

This initiative has been led by Cranfield and University College London working with industrial partners; Cranfield Precision, Optroprenuers Ltd, RAPT industries and Zeeko Ltd. In little over five years the collaborating team has developed a large optics ultra-precision fabrication facility. This facility is based at the Technium Optic in North Wales and houses unique UK designed and built ultra-precision machine tools for rapid fabrication of large ultra-precision surfaces (Cranfield BoX® and Zeeko IRP 1200 machine systems).

When it goes into operation in 2017 the European Extremely Large Telescope (E-ELT) will be the largest ground-based telescope in the world and will be over 100 times more sensitive than existing counterparts thanks to a revolutionary design involving the use of five different mirrors. The primary 42m diameter mirror will be composed of ~1,000 hexagonal segments, each 1.45m in size. Each mirror segment has a form accuracy specification of 25nm (1 millionth of an inch). The secondary mirror will be 6m in diameter.

In order to overcome the fuzziness of stellar images caused by atmospheric turbulence the telescope will also need to incorporate adaptive optics in its system. A tertiary mirror, 4.2m in diameter, will relay the light to the adaptive optics system, which will be composed of two further mirrors – one with a diameter of 2.5m supported by 5,000 or more actuators that will be able to distort its own shape a thousand times per second and one with a diameter of 2.7m that will allow for final image corrections. This five mirror approach will produce exceptional image quality, with no significant aberrations in the field of view.

The total rotating mass of the telescope will be 5,500 tonnes. Two platforms on each side of the structure will each hold a number of large instruments so that they can be quickly put on-line.

The reference design for the mirror was signed off at the end of 2006 and the project has now moved on to the establishment of a number of industrial and instrument studies to establish the feasibility of the concepts involved – though details are for the most part still confidential. The site where the telescope will be located is due for announcement this year with construction scheduled to get underway in 2010.

Professor Paul Shore is the Head of the Cranfield University Precision Engineering Centre and McKeown Professor of Ultra Precision Technologies. He is also the Director of the UK’s Integrated Knowledge Centre for Ultra Precision and Structured Surfaces in North Wales. It houses industrial scale facilities for rapid production of large scale ultra precision and structured surfaces.