The Royal Academy of Engineering’s prestigious Silver Medals were awarded by the Lord Browne of Madingley FREng, at the annual Awards evening in June 2008. Instigated in 1994, they are a symbol of recognition for the UK’s most talented engineering professionals who, in a short career, have made important personal contributions to the engineering landscape and have resulted in successful market exploitation. The four winners and their achievements are profiled below. 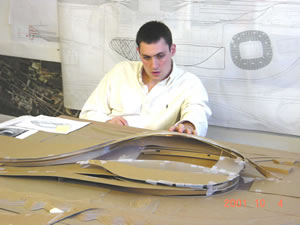 At the age of just 33, Paul Westbury became the youngest ever engineer elected a Fellow of The Royal Academy of Engineering. As a Partner and Director of the engineering consultancy Buro Happold, he has led over 400 engineers undertaking the considerable challenges involved in projects such as the O2 Arena, the Arsenal Emirates Stadium and Ascot Racecourse.

Ever since he joined Buro Happold, Paul Westbury has been faced with challenges that have required innovative designs and engineering solutions. One of the first projects that he was tasked with was as part of the engineering design team on the Millennium Dome, a design for which the team won the 1999 MacRobert Award for engineering innovation.

More recently, Paul was instrumental in implementing the groundbreaking redevelopment of the racecourse at Ascot. This project involved everything from new access roads and infrastructure, to the new 300 m long grandstand whose design was inspired from the surrounding Windsor Great Park.

He has managed to combine his love of sport with his unique engineering design skills and has left his mark on stadia around the globe. On receiving the Silver Medal, he praised the efforts of his team and said that most of the projects’ success come from having both a visionary client and an excellent design team. He also said that, “British engineering has always been amongst the strongest in the world and I have no doubt that this team of engineers will be able to continue this tradition long into the future.” 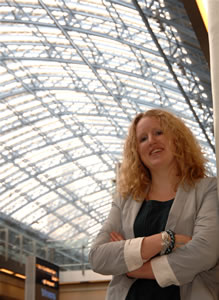 The collapse of the World Trade Centre’s twin towers in 2001 prompted engineers to re-evaluate their understanding of how tall buildings behave in fires. Dr Lane was one of many in the industry to analyse the fire and subsequent collapse and it is this work that today influences the design of all new tall buildings at Arup. Some of this work has given building designers the opportunity to use half the amount of passive fire protection on a steel frame than in the past by ensuring the structure itself is intrinsically more fire resistant.

Alongside this work, Dr Lane has helped create a specific approvals process for structural fire analysis instilling a further level of confidence in the Approving Authorities and Fire brigade as they review and agree to a new approach to building projects.

Dr Lane’s work has brought praise from many quarters, including Ove Arup Foundation trustee Sir Duncan Michael FREng, who said of her that, “She has established structural fire engineering as a mainstream skill that will help create new business opportunities.” 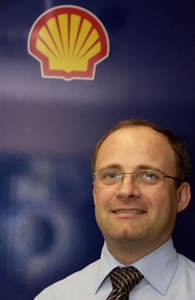 As Head of Rotating Equipment for Shell Exploration and Production in Europe, Kenneth Innes is responsible for millions of dollars’ worth of power plants on oil production platforms across the continent. In this role he has devised a pioneering system for preventing equipment failures while simultaneously improving performance and minimising energy use. This has led to increased optimisation of the production process increasing by between 1% and 3%, which could equate to increased revenue of as much as $100,000 per day.

By drawing on the multidisciplinary skills of his Shell colleagues, Kenneth was able to develop Smartconnect – an online system that continuously monitors turbines, compressors and pumps. Unlike traditional monitoring systems, this new tool is able to analyse the types of failure that happen most regularly and to use the data that is collected to monitor the condition of the equipment. The success of the pioneering method was first realised when tested at the Nelson production platform where various equipment issues were traced at an earlier stage than is usual and hence maintenance could be factored in to the production schedules before costly failures occurred.

On receiving his Silver Medal, Kenneth said it was a great honour and that “widespread application of the tools is leading to major improvements in how we manage critical rotating equipment worldwide in order to maximise business benefits and minimise operating risks.”

Alongside his novel approach to production analysis, Kenneth’s other great achievement has been to implement the Shell Monitored Professional Development Scheme. This is a programme that aims to assist 45 young engineers across Europe in the development of their careers. 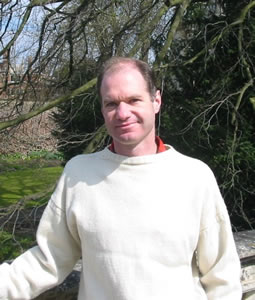 Cambridge academic Dr Adrian Travis has invented a new class of light guide that works as a flat lens. This reduces the distance a projector needs to be placed from a screen to show a picture. As a result of this development, the potential for flat projection and images devices has greatly increased. Indeed Microsoft thought the innovation so good that the corporation has bought the rights and have employed Dr Travis as a Senior Scientist in Redmond, USA.

Current methods of visual projection are constrained by either back projection which is bulky, or by plasma screen which takes up less space but is a more costly alternative. Dr Travis’s answer to these technologies was commercialised in 1999 by the company Cambridge Flat Projection Displays Ltd.

The new 20 mm thick Plexiglass wedge-shaped screen works by projecting light internally. As the light bounces off the sides of the wedge, the angle gets bigger through internal reflection until the critical angle is reached and the ray emerges to create an element of the picture. In doing this, visual projection is achievable with lightweight, portable devices that have a wider range of functionality than previously.

Cambridge FPD Ltd’s product is a low-cost technology that significantly, is also recyclable – a factor that is important when seen in tandem with government legislation that is set to make it compulsory for the specialist disposal of all cathode ray tubes, plasma and LCD displays.