Broadband in the UK; the bigger picture

Peter Cochrane FREng is an entrepreneur and management consultant who makes a connection between enjoying economic prosperity and having the necessary infrastructure in place. Here he maintains that broadband is an essential part of that infrastructure and that the UK needs to update its connection speeds to keep up with the rest of the world. 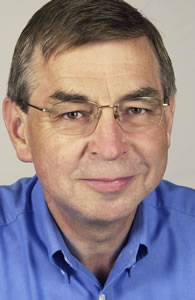 Broadband debates tend to focus on download speeds for music and movies, TV programmes, computer games, on-line gambling, and the state of play today. Sometimes this extends to high definition TV, 3DTV, big plasma screens, video conferencing and potential carbon footprint reduction. Without exception people always quote Korea, Japan and Scandinavia with their advanced Fibre To The Home (FTTH) programs. Their standard delivery is a dedicated 100 Mbit/s bidirectional service to be extended to 1,000 Mbit/s beyond 2010.

In contrast, the UK has copper cable technology from the late 18th Century struggling to deliver 2 Mbit/s download and 0.256 Mbit/s upload speeds. Worse, this is shared between 15 or more customers, and as one consumer recently reported: “I pay for 8 Mbit/s and get 0.8 Mbit/s.”

At a fundamental level there is a lot at stake. The UK is already crippled by second-rate roads, rail and airport facilities; compounding this with an outdated communications infrastructure has serious implications for GDP generation, employment, education and healthcare.

Leading economies already ascribe approximately 2% of their GDP growth to broadband expansion. Only five years ago the UK occupied pole position in a computer games industry that has now overtaken Hollywood in GDP generation (approximately US$60 billion versus US$45billion). Today that crown is worn by Korea and Japan. Simply put, the industry followed the bandwidth, and people in South East Asia now access games and facilities unavailable to the rest of the world.

But I keep asking myself: is there a bigger prize here? And I think it goes like this: human progress has never been smooth; it has always lurched forward with one major technological advance after another. For example, the transition from stone to metal, horse to engine, canal to train, car and plane, were eclipsed by electronics and the move from analogue to digital computing and communication.

For me the next big deal will be the move from limited linear thinking to non-linear interactions and complex modelling. Understanding the genome and protein stack, nano-materials, weather and climate, economic and social change, the human body and mind, social networking and so on, represent a class of problems vital to our future. We have to find solutions to survive and prosper, and that may only be possible by a symbiotic relationship with our machines.

Historically, all societies have been limited by the communications technologies available, and whilst the internet has introduced new opportunities, there is a new game in town that promises to accelerate things in a way most cannot imagine. It is social networking – the connection of everything on the planet; people, machines, sensors… everything. This is grandly named ‘The Semantic Web’ or Web 2.0, 3.0, 4.0 and beyond.

So what are the implications? In their human form; social networks include FaceBook, LinkedIn, WAYN, Friends Reunited et al. These are interesting and may even be a force for societal change, but we have to think beyond today’s perspective to networked machines and sensors. This is going to be about everyone and everything everywhere, fixed and mobile, being able to communicate and compute at will with access to vast amounts of stored and real-time information.

Such a world isn’t one of limited bandwidth and asymmetric connection, it demands bi-directional speed, openness and transparency. But this seems to be an anathema to a telecoms industry that has been dedicated to the limitation of bandwidth and constraint of customers for over 100 years. From the start they failed to recognise that the ‘emotional bits’ are the most important, and customer control is imperative for success. Even today the poor quality of telephone calls can make it impossible to recognise your wife, daughter or young son. And as for video conferencing; no wonder it is a failed opportunity – less than life-size images, poor sound and picture quality, jerky movement, no eye contact, gaze awareness or body language. In short; no emotion and no connection.

In contrast Hollywood got it right on day one and relentlessly followed a path of trying to make it all as real as technology will allow. Year-on-year they introduced better quality sound, bigger screens, higher definition, greater brightness and contrast, full acoustic immersion and so on.

Well it seems that the habits of a lifetime are hard to break as the telephone companies continue to ask the same dumb questions: why do people want bandwidth and what will they do with it?

The case for the Fibre To The Home (FTTH) programme is now so strong we should stop debating and get on with the job. The UK has more fibre in the ground than most with 85% of the population living within 1 km of a fibre. Companies deploying fibre see network faults fall five to ten fold; and remote diagnosis, reprogramming, and re-routing lead to staff cuts of up to 80%. Building stock reductions, recovery of copper and lead, release of duct space and new business models with duct and fibre unbundling also see huge gains.

Why isn’t it happening? A lack of appreciation by government and markets very often makes the investments required difficult. A framework is needed that guarantees no future changes that may damage business and shareholder value further downstream. Some feel that government should lead the way with initial investments or tax advantage programmes. This has certainly been undertaken in many countries now in the vanguard of the fibre revolution. Unfortunately the UK Government does not appear to be well disposed to such moves.

Despite the fact that studies and forecasts by the OECD, MIT, Gartner and various independent bodies project GDP gains in the billions of dollars and huge job creation, no one seems to be listening. Even when direct measurement of company efficiencies return figures of approximately 30% improvement for those employing broadband against those that do not, the results seem to be ignored.

In the mind of industry and Government the UK is positioned at the front of the broadband revolution. Unfortunately, the truth is we are not even in the top 10, our ranking is actually somewhere in the latter teens. And whilst we choose to do nothing we see France and Germany launching major FTTH programmes, and even Greece sees its Government pitching in with €2.5billion.

The clock is ticking and the UK continues to slide backwards on a tide of vague promises, cleverly worded announcements and dubious marketing claims, but in reality, no significant action or investment is being scheduled or made. Copper in the last mile, or 200 metres for that matter, continues to strangle progress.

Peter Cochrane left BT in 2000 after an extensive career to run his own consultancy company and pursue new technology development and investments. See www.cochrane.org.uk for more details.