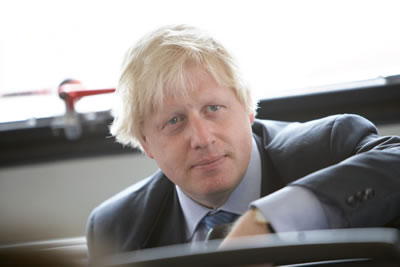 Boris Johnson has often talked about the improvement of London’s infrastructure since he was elected Mayor in May 2008. Ingenia asked him to explain the role of engineers and engineering in the development of the capital.

The world has many mysteries. From the animal-patterned geoglyphs of Nazca, to the unfathomable science of dark matter. Among them we can perhaps now add how, in this country, a profession that is so exciting, so rewarding, and so integral to the development of the civilised world can be variously undervalued, unloved, and underfunded. I am, of course, talking about engineering. The engineering that has been a central aspect of life since the infancy of human existence. The engineering with which the Greeks built the Parthenon for Athena; the engineering with which the Khmers raised Angkor Wat from the jungle; and the engineering that fired Britain’s industrial revolution and set the country on the path to empire.

Britain has a particularly rich history in this regard – from Telford to Stephenson, from Brunel to Bazalgette. And this moment in our history is exactly the moment when we should be supporting and cultivating our engineers. Despite the current economic crunch transforming sober logicians into prophets of doom, despite teetering banks and falling construction output, this should be a time when we are getting very excited about engineering.

There are currently eight large-scale civil engineering projects valued at over £200m underway in London, and about a further 40 planned. This is an Olympian amount of work, including the transformation of Stratford ahead of the 2012 Games, and vital infrastructure projects such as Crossrail – Europe’s biggest infrastructure project, the expansion of Thameslink and the Thames Tideway Tunnel. Together these have the capacity to transform London for the better, with the Thames Tideway tunnel giving us the prospect of a cleaner, revived river Thames, and both Thameslink and Crossrail giving us the prospect of less crowding on the transport network, quicker journeys, and the maintenance of London’s position as the world’s financial centre.

Indeed – in these uncertain economic times the clear lesson from history is that large-scale infrastructure projects such as these are vital to future prosperity. They can play a central role in ensuring that we do not suffer the worst privations of the downturn and can emerge from the storm with infrastructure that benefits all of us.

The work will require man and woman power on a enormous scale. For Transport for London projects alone, total labour demand will increase by 18,000 by 2012/13, and at its peak some 25,000 people will be associated with transport infrastructure work, with 13,000 employed by Crossrail.

But as we have approached this brave new world of engineering, has our country prepared itself? The answer, predictably, is ‘No’. For too long we have allowed our engineering sector to decline. The number of engineering and technical graduates is down by 26% in last few years. Some 80 science and engineering departments at universities and colleges have closed, and alarmingly half of all engineering graduates leaving university do not go on to work in the profession.

But, instead of us all letting out a collective sigh and settling in for the nuclear winter, there is plenty that can be done. Over the next two years, I will have more responsibility for planning the education of teenagers and will work with London Boroughs to promote relevant technical courses and encourage colleges to focus on skills gaps such as engineering.

I also want to deliver a Transport for London Schools Academy, to produce the Smeatons and Williams of the future, kick-starting the growth in the number of students with skills vital to the delivery of transport and other infrastructure projects.

But we need to do more – I will be using whatever influence I have to push the Government and Higher Education Funding Council to ensure that funding is allocated appropriately to universities to develop critical graduate and postgraduate skills in engineering. Only through all of these measures can we start to effectively tell our children of the fantastic futures they can have in the profession. Only then can we ensure that we enter the future with the knowledge and skills to produce modern wonders that – like those of the great industrial masters – both astound with their creativity and deliver a lasting useful legacy for generations to come.

Advances in the use of silicon semiconductor technology to replace and monitor biological functions and other research being conducted by the Institute of Biomedical Engineering.

<b>The smallest television screen in the world</b><br> Engineers have developed a fully functional miniature screen that measures the size of a thumbnail.

A conversation with Dr Mo Ibrahim