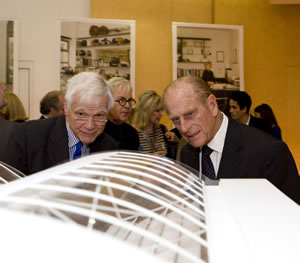 Professor Max Fordham OBE FREng has pioneered sustainable building design throughout his forty-year career and has been honoured with the Design Council’s 2008 Prince Philip Designers’ Prize.

He accepted the prize from HRH The Duke of Edinburgh in November 2008. It was awarded for his outstanding lifetime achievement in creating and establishing many of the precepts of modern environmental design and sustainable engineering for buildings.

Since founding his eponymous engineering and design practice four decades ago, Professor Fordham has pioneered zero-carbon development in the UK and all over the world, contributing to some of Britain’s most iconic and environmentally advanced buildings, including Tate St Ives, the National Trust headquarters, and the City of London Academy.

Speaking at the award ceremony, Professor Fordham said: “The honour is special because the engineering of service installations in buildings is not usually associated with design, so I am grateful for the acknowledgement that it really is design and should be encouraged. I hope that my winning of the prize helps promote the view that engineers are designers in the widest sense.”

“In my experience, we have found that building services are responsible for over half the carbon emissions produced by our society. Our company aims to minimise their impact on the environment by making use of passive design. From the start of a project we work with the design team to develop the form, fabric and orientation of buildings or groups of buildings, to make the best use of solar gain or daylighting, minimise overheating, provide ventilation and control energy use. In short, we identify ways in which energy consumption, use of resources and the production of waste can be reduced.”

Professor Fordham is one of only five engineers to have won British design’s oldest prize over the last 19 years, joining luminaries such as Geoff Kirk FREng, former Chief Design Engineer at Rolls-Royce plc, and James Dyson, creator of the Dyson vacuum cleaner. 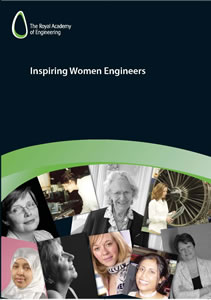 The front cover of Inspiring Women Engineers, published by The Royal Academy of Engineering in January 2009

The Royal Academy of Engineering confirmed its commitment to recognising and improving diversity in engineering. It celebrated the work of its partner institutions in raising the profiles of under-represented groups in the profession, at a special event held at the Academy’s headquarters in January 2009.

Hosted by the Academy’s President, Lord Browne of Madingley, the event saw the launch of a new publication, Inspiring Women Engineers, and celebrated the achievements of the UK Resource Centre for Women in Science, Engineering, and Technlogy (UKRC), founded to improve the participation of women the profession.

The UKRC, along with the Academy, helps to fund and guide the Women Into Science, Engineering and Construction (WISE) campaign, which is celebrating its 25th year of operation in 2009.

Lord Browne said that the Academy is committed to diversity of all kinds, pointing out in particular that “The issue is no longer about whether diversity is a good thing. The issue is how to deliver and this is about leadership, it’s about setting the tone, and it’s about putting in place the management processes to deliver performance.” He also pointed out that there remains much work to be done to improve diversity in engineering.

With the help of campaigns like WISE, the proportion of female engineers has risen from 4% to 15% over the last 20 years but large numbers of women qualified in science, engineering and technology (SET) subjects are not currently working in SET-related jobs. Fewer than 6% of engineering professionals are women.

However, there are numerous success stories for the UKRC, WISE, and Academy campaigns to build on. The UKRC presented three photographic portraits of esteemed women engineers, recognising the achievements of Academy Fellows Joanna Kennedy, Julia King, and Dame Wendy Hall. The WISE campaign presented a portrait of Baroness Platt, also a Fellow. All are to be exhibited at the Academy.

The Director of UKRC, Annette Williams, hailed the event as a “milestone” in efforts to change the culture of SET workplaces.

“The culture of the engineering workplace is one that can be quite difficult for women to create an identity within, to actually pursue successful careers. Obviously some women do and these women [in the portraits] are testimony to that.” 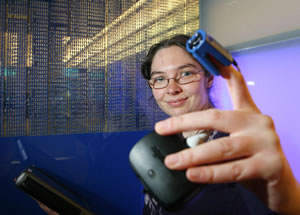 Science and engineering departments at universities across the UK are to receive further boosts in funding following the announcement of an £82 million Government grant package.

The Engineering and Physical Sciences Research Council (EPSRC), the main UK funding body for science and engineering, announced in February 2009 that it would award Doctoral Training Grants (DTGs) to 45 universities and higher education institutions. The grants are expected to generate over 1,200 PhD students.

DTGs are allocated each year to a wide selection of UK universities and provide flexible funding that allows them to recruit students strategically. Institutions are able to bring in students who meet the needs of the university as well as help meet the wider regional and national needs in the science and engineering sectors.

Part of the DTG funding for 2009 requires universities to convert 10% of their grants into CASE (Collaborative Awards in Science and Engineering) awards, which incorporate industry-related training to broaden student experience and contribute valuable skills to the economy.

It is estimated that around 50% of EPSRC-funded PhD students move on to take up jobs outside of academia, in industry and elsewhere in the UK economy.

The announcement of DTG funding for 2009 follows a statement made by the EPSRC in December 2008, when it revealed it would be spending £250 million on 44 new doctoral training centres nationwide. It is the largest single investment ever made in UK postgraduate science and engineering training.

The new centres will each take in around 10 students a year for five years, starting in 2009. They are expected to fund over 2,000 PhD students annually and the EPSRC hopes the centres will soon become internationally renowned.

A full list of the universities that have received DTG funding is available on the EPSRC website:
http://www.epsrc.ac.uk/ 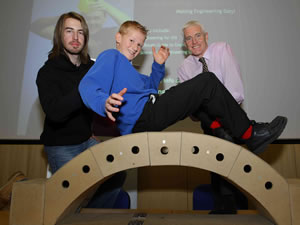 The Engineering Explained programme is continuing its nationwide tour of engineering shows in 2009, taking in schools and other venues across the UK. Engineering Explained is part of the Science Made Simple initiative, which seeks to ‘inspire the next generation of scientists and engineers by sharing a passion for science’. It was launched in 2008 and has organised hundreds of shows and workshops in schools up and down the country, under titles like ‘Who Wants to be a Superhero?’ and ‘A Rough Guide to Engineering’.

At its launch event last year, TV presenter and scientist Dr Adam Hart-Davis presided over a show that featured, among other things, transmitting music via a beam of light, using mirrors to cook food, and locating cancerous cells using proteins extracted from jellyfish.

Continuing their tours throughout 2009, the Engineering Explained team, headed by WISE award-winner Wendy Sadler, will be travelling almost non-stop to take their highly visual shows to new audiences.

The tour has three shows currently running. ‘A Rough Guide to Engineering’ is aimed at secondary school pupils and attempts to show them what engineering really means through the use of multimedia and interactive voting; ‘From Cradle to Grave’ looks at how engineering underpins society, with practical examples of how it improves our quality of life; and ‘Who Wants to be a Superhero?’ examines careers in science and engineering, with video diaries from practising engineers and scientists.

Engineering Explained was spun-out of Science Made Simple, which is itself a spin-out of Cardiff University’s School of Physics and Astronomy. Supported by the ERA Foundation, EPSRC and the IET, Engineering Explained is a project that operates all over the world, with the goal of demonstrating to young people that engineering is exciting, fun and, most of all, a vital element of society.

Scheduled shows take place every month across the UK and individual shows can be booked in advance. However, some dates are already sold out for Engineering Explained’s 2009 tour, so interested parties are advised to book as soon as they can.

The current state-of-play for biofuel use around the world and where the industry could take the technology in the future.