Research published at the end of 2009 shows that the UK’s manufacturing sector has been in continuous decline for more than a decade. Sir Alan Rudge, chairman of the ERA Foundation, argues that manufacturing needs reviving and outlines the consequences of not tackling the widening trade deficit. 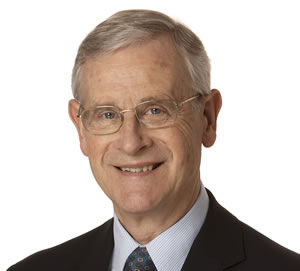 The face of manufacturing in the UK has changed beyond recognition in recent years. Look around your homes, in the shops, at your place of work, and you have to search hard to find something marked ‘Made in the UK’.

The disappearance of famous UK companies or, increasingly, their acquisition by overseas buyers has also become very evident. As the control, strategy and key decisions of an organisation move offshore, it does have an impact, not least upon the tens of thousands of small and medium-sized supplier companies.

At the beginning of 2008 – before the current financial crisis – the board of the ERA Foundation commissioned consultants Oxford Innovation to produce a series of reports that would help understand how the UK economy worked and the contribution of productive industry within it.

These reports show that the UK’s balance of trade has gone from a position of balance in 1997 to reach an annual deficit approaching £60 billion by 2007. Declining at an average rate of 20% annually since 2000, it is continuing its downward trend. The trade deficit is very largely due to the imbalance
in the trade of manufactured goods.

Prior to the current economic crisis, financial and business services comprised about one quarter of the nation’s GDP and one quarter of exports. Manufacturing by comparison had shrunk to only one seventh of the UK’s GDP but it still provided about half of exports, three quarters of all business R&D and employment for around three million people. In terms of the balance of trade, manufacturing contributes six times as much as financial and business services per pound of GDP.

Despite the growth in service exports, direct investment and earnings from abroad, the UK’s balance of payments deficit has grown progressively, passing £53 billion in 2007, with a continued worsening trend in recent times. This is a picture of a country consuming more than it can pay for through its export of goods and services, and earnings from overseas investments.

To fund this short-term consumption even prior to the current financial crisis the UK was selling debt and long-term assets to the tune of £40 billion in 2007 alone. These assets included the sale into foreign ownership of more than 2,000 UK companies in the last 10 years. If this capital inflow dried up, the UK could no longer finance its current account deficit. In simple terms, the UK has not been paying its way for the past decade and this underlying problem of imbalance of trade remains and will do so regardless of any recovery from the current financial crisis.

Despite its decline, manufacturing contributes one half of all UK exports and is still the leading contributor to the balance of trade. Manufacturing matters; strengthening and expanding our manufacturing base still offers the most realistic route toward a balanced and sustainable economy.

If we accept this conclusion, the issue then becomes one of identifying solutions. Specific initiatives by the Government have a place, but only if they are scaled realistically and form part of a more general solution. A few tens of millions scattered about in high profile ventures will not do the trick.

It is becoming apparent that the UK’s fundamental problems are much closer to the greenhouse than the plants. In keeping with this, the ERA Foundation is seeking to identify and understand the elements needed to create an environment in which manufacturing can flourish. The intent is to present a charter for manufacturing in the UK, which will lay out conditions for creating an environment that will stimulate, foster and encourage its contribution to a more balanced national economy.

We as a nation have to stop deluding ourselves that Britain is leading the way into a post-industrial society where manufacturing is unimportant and where we can pay our way by means of services alone. The experiment of the past decade has clearly demonstrated that this is folly: the anti-manufacturing culture that has prevailed here has been very damaging. The time has come to clear away the smoke and mirrors, to acknowledge that our economy is seriously out of balance and to do something about it.

The current financial crisis has at least removed the illusion that financial services are the answer to all our ills. However, the current fiscal disaster may so dominate the present that we forget the underlying problems were there before the crisis. We are weaker now because of our neglect of them. We will undoubtedly return to an even worse situation unless we tackle the problem of our trade deficit with great urgency.

Above all, we can start to reverse the negative culture on manufacturing and productive industry. Why would anyone want to invest their career or their money in a manufacturing business if they are constantly being informed that manufacturing is the past, old hat, dying, and the future lays elsewhere?

For the UK, the chips are down. It really is a case of ‘export or die’. Expanding the nation’s productive industrial base – from start-ups to major businesses – must become a major mission for the next generation, Government and people alike.

Following on from analysis of the current situation, the ERA Foundation will try to play its part and will offer its own thinking on the way ahead in the forthcoming Greenhouse Report. We welcome contributions to our efforts.

Lord Mandelson addressed the role of Government in fostering a technology economy when he delivered the 2009 Hinton Lecture.

A new generation of wind turbines designed to take into account the turbulent wind patterns of urban environments.