The UK video games industry is renowned for its innovation and stands at the forefront of 3D gaming and real-time photo-realistic graphics. Ingenia spoke to, amongst others, David Braben, founder of Frontier Developments, and Andrew Oliver, co-founder and co-owner of Blitz Games Studios, about gaming developments in the UK. 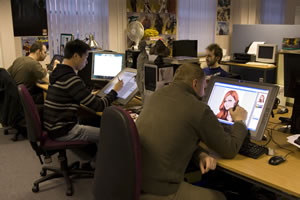 The success of the British software industry is no short-lived phenomenon – over the past 20 years the industry has gone from strength to strength. Throughout the recession, it has been growing by over 20% year-on-year, and the UK is currently the world’s fourth biggest producer of video games.

According to its trade association, TIGA, the UK games industry contributes more than £1 billion to the UK’s GDP. It employs over 22,000 people – in development, distribution, retail, printing and other support areas, making it the largest software employment field in Europe. The industry is seen as so important to the country’s economy that, in the March 2010 budget, UK Chancellor of the Exchequer, Alistair Darling, promised support for the sector in the form of tax relief, mirroring similar arrangements in Canada and France.

The success of the UK games industry has its roots in the 1980s when the proliferation of home computers gave hobbyist programmers the opportunity to develop their own games. Many of the most popular games of the time were developed in teenagers’ bedrooms and their developers are still important names in the video games industry today.

Early home computers posed considerable challenges because of their limited processing power and memory. Games programmers had to be highly creative to pack as many useful instructions as possible into the small amount of memory available.

Many early games were written in assembly code – the low-level language used by computer manufacturers for programming the integrated circuits within a computer – to optimise the use of the computer’s processor. The exciting challenge for programmers at the time was to use as few instructions as possible to enable each action within the game. This meant employing a whole range of tricks and compromises such as limiting the use of colour and simplifying the way that objects and characters were drawn. In the well-known game Pac-Man, for example, the character of Pac-Man is animated. However, the animation is as simple as possible, with just two frames – open mouth and closed mouth.

Early games, which were often developed and sold by a few ‘bedroom’ programmers, were very different from modern video games. Processing power and memory have advanced hugely over the years so that programmers no longer need to resort to assembly code to create workable games. There have also been considerable developments in sound, graphics and ways for users to interact with games. Users have come to expect three-dimensional, often photo-realistic, images in their games. They also expect detailed storylines and the ability to play the games with multiple players as well as online gaming.

These developments mean that major new games are now more akin to Hollywood movies, with many starting to command comparable budgets and lengthy production times. Hundreds of programmers, designers, modellers, animators, story developers and artists may be employed for years to produce games with budgets of millions of pounds and profits to match.

Grand Theft Auto IV, for example, which was released in 2008, took over 1,000 people more than three and a half years to complete, with a total cost estimated at approximately US$100 million, making it the most expensive game ever developed when it was released. By January 2010, the game had sold over 15 million copies.

An important feature of such ‘blockbuster’ games is photo-realism, where the computer-generated images in a video game look real, and this is a particular strength of the UK gaming industry.

Images in video games are made up of polygons – essentially triangles. These are defined by a series of geometric coordinates that enable each polygon to be moved and interacted with during the game. In general, the more polygons used to make up an object or character, the finer the detail but the more data to be handled for each object or character (see box Polygons).

Achieving photo-reality with objects such as buildings and street furniture requires all the polygons within images to include features such as shading, texture, lighting and shadows. Photo-realism is more difficult to achieve with moving objects than with static ones. As vehicles, for example, move and distort, their shadows and any reflections from other objects also change. They have to move in response to user input, so they have to be rendered in real time. Improvements in lighting of objects and figures in games have aided this progression (see box Perfecting lighting).

Realistic lighting is enough of a challenge with man-made objects like cars and helicopters that have fairly uniform surfaces but becomes even more complicated with living creatures. People and animals reflect light in complex ways and exhibit hundreds of subtle movements and expressions that we take for granted.

One way to overcome this hurdle is to use scanning techniques to gather real-life information. In computer-generated movies, for example, computer-generated-animation specialists use a face-scanning sphere that captures the general features and shape of the face as well as the fine details.

This sphere contains more than 100 white LEDs and these help photograph the face in a wide variety of lighting conditions. By using all the LEDs, developers can create a scan of the face lit from all directions. Linear polariser films are placed over the LEDs, fixed in particular patterns and orientations. These allow the designers to measure and correct the different ways that the face reflects light and so build up an image that represents the skin’s natural shine.

The skin tones and eyes of computer characters in many of the latest games have now achieved many elements of realism. The newer, more powerful gaming platforms such as the PlayStation 3 and the Xbox 360 enable more complex shading and lighting of polygons than their predecessors and developers are now able to work on fine details such as hair and fur. However, computer-generated characters often still exhibit the ‘Uncanny Valley’ effect, a phrase coined by roboticist Mashario Mori in the 1970s to describe the effect when engineers have created a virtual or robotic person that looks almost real, but generates an uncomfortable response in the viewer.

Animating faces during speech is especially difficult. In American Idol, a karaoke video game from Blitz Games, for example, the judges have around 1,000 possible lines of dialogue. It would not be possible to animate realistically the judges’ faces for each of these sentences separately within the memory capacity of the games consoles. Instead, a set of standard sounds and nuances are animated for each character and then combined in appropriate ways for each sentence. On top of that, an animated character might blink mid sentence and throw his head back at the end of a speech, in a similar way to the television-show judge that the animated character is mimicking.

This technology is still at an early stage, but in the future a universal library of facial expressions and tics could help videogame developers. In addition, future generations of gaming platforms should enable faster, better rendering. When that happens, people will perhaps be persuaded that they’re watching someone being filmed with a video camera rather than programmed onto a computer. 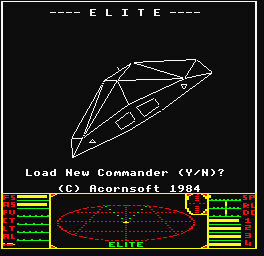 Another area of video gaming in which the UK is strong is 3D. An early example of this was Elite, a game developed in 1984 on the BBC Micro by two Cambridge University undergraduates, David Braben and Ian Bell. This 3D space-trading simulator is often listed among the most popular computer games of all time and was considered a landmark in computer games, giving players a vast, open-ended game world in which to pursue a self-determined quest for the elusive ‘elite’.

The concept of polygons is central to 3D games. Changing the size, proportion and orientation of each polygon gives the impression of depth, 3D movement and distance from the object. On top of this, there are tricks such as using a scattering of semi-transparent polygons to give a good impression of smoke within a video game on a conventional display.

However, the emergence of a range of 3D televisions is challenging this. Once the player views traditional games on a 3D television they can immediately see the polygons that make up the smoke or fire, for example. This means that programmers need to add volume to these effects, which increases the processing power required.

Another challenge with 3D televisions is the need to render each frame of the videogame twice – once for the left eye and once for the right – in order to create the illusion of 3D. Today’s 2D games usually run at 30 frames per second (fps) on a 720-pixel display. However, a 3D game must run at 60fps (30fps per eye). If it drops below this a game will begin to look stilted and will lose the 3D illusion. Games often need to be able to run on high-definition (1080-pixel) televisions, which further increases the processing demands on the platforms.

Developments in 3D technology and photo-realism are important to video games developers because users expect video games to be on a par with the computer-generated imagery (CGI) of big-screen epic movies such as Avatar. However, there is a significant difference between CGI films and video games.

Movie makers’ computers can take hours to render a few minutes of images overnight. In contrast, video games are rendered in real-time; each time someone plays a game they do so in a different, unique way. Video games must respond straight away to user input from all the players. In addition, if the game is being played online, it must collate information over a computer network. This means that, as well as the challenges of 3D and photo-realism, games need the power to process the large amounts of data involved very quickly.

There are some ways to deal with this challenge. The BlitzTech videogame engine developed by Blitz Games Studios in the UK, for example, allows developers to process data via multiple processor cores within their company’s server. This method of carrying out software tasks in parallel speeds up the data processing.

This engine, which for example underpinned Sega’s House of the Dead game as well as many of Blitz’s own products, also gives developers the flexibility to design games as they play them. This gives the power back to the artists, enabling them to improve how a game looks graphically. Video game developers believe that engines such as this can now create games that look as good as computer-generated movies, all in real-time.

Such efforts to optimise and improve the performance of today’s games should bear fruit when the next generation of gaming platforms are released. Already, developers are seeing that their work to ensure that games look as good and work as well as possible on the lower-end Nintendo Wii is having knock-on benefits for the performance of the same games on the more powerful gaming consoles, the PlayStation 3 and the Xbox 360.

Many of the big developments in gaming are also benefiting other sectors. For example, the open-source 3D graphics rendering engine OGRE is being used from virtual museum exhibits to naval simulators, as well as in video games. Architecture and design have benefited from real-time development tools too.

The medical arena has seen 3D imaging capabilities improve thanks to the processing power of graphics processing units developed for gaming PCs. The BlitzTech videogame engine, for example, underpins a range of medical-learning games currently being trialled by some UK medical authorities to assist in training junior doctors. Such benefits look set to continue as developers improve on video games and the platforms on which they are played.