The Royal Academy of Engineering’s prestigious Silver Medals were awarded by its President, Lord Browne of Madingley, at the Academy’s Awards evening in June 2010. Introduced in 1994, they provide recognition for the UK’s most talented engineering professionals. The medals are given to those who have made important personal contributions to the engineering landscape that have resulted in successful market exploitation. The four winners and their achievements are profiled below. 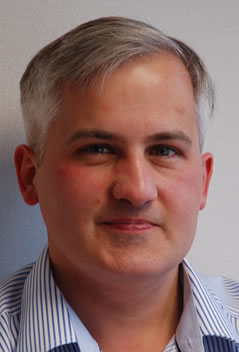 Colin Tregenza Dancer’s medal is recognition for his outstanding contribution towards engineering and the arts. Five years ago he collaborated on a sculpture with Paul Fryer, an artist who needed engineering knowledge to develop a lightning sculpture made out of Tesla coils. These coils are resonant transformers which need to produce millions of volts and writhing arcs several metres long from a normal 13amp outlet.

The resulting sculpture, known as Deus Ex Machina, helped draw the public’s attention to the multi-facetted applications of engineering. An especially high-profile work of art, the sculpture was bought by Damien Hirst for £27,000. The piece has been followed by many more, ranging from the red hot, cast iron skulls of The Pit and the Pendulum to the mini fusion reactor nicknamed Star in a Jar.

Colin Tregenza Dancer’s contribution to the sculptures has ensured that they are memorable to the audiences, who are prompted to consider how the spectacle has been engineered.

As well as his artistic collaborations, he is the Director of Architecture at Metaswitch Networks, one of the UK’s leading technology companies, making flexible, cutting-edge communication equipment, particularly for voice-over-internet and mobile telephony. For 19 years he has played a key role in the development of the company, pushing the boundaries of high performance, high-availability scalable platforms, as well as shaping its training and management frameworks. 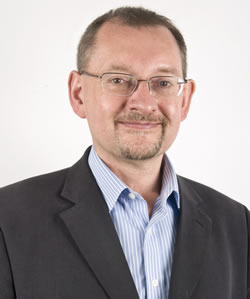 The Chief Executive Officer of Cambridge-based software company RealVNC Ltd, Dr Andrew Harter is known for his software engineering combined with a shrewd business sense. One of his most notable achievements is VNC (Virtual Network Computing), a software system that provides remote graphical access to a computer screen. VNC has many applications, from systems maintenance, remote help and support, distance learning, collaboration and mobile working. The technology has been widely adopted by companies and individuals alike.

VNC is a simple universal tool that allows any type of computer to remotely access the screen of any other type of computer. Hundreds of millions of copies of the software are now in use all over the world and are included in software bundles and hardware systems. VNC has enabled the creation of an entire industry, with many companies embedding VNC technology in their products.

Dr Harter founded RealVNC in 2002 to promote VNC as a standard and to commercialise new products based on the technology. The highly profitable company now employs 50 people in Cambridge, with 70,000 customers in over 150 countries.

Using his foresight, business flair and engineering skills, Dr Harter gave VNC the momentum to become a worldwide phenomenon. The company is continually evolving with new applications such as informatics in the automotive industry, where VNC is an integral part of emerging standards. DrHarter anticipates that VNC will be at the forefront of remote access to and from consumer electronics such as the iPad. 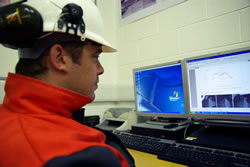 Dr Nicholas Longfield is a lead engineer at Corus Strip Products UK, now part of the Tata Steel Group. He has been working on the development of coil joining processes in Corus’s continuous production lines by optimising weld strength and formability to minimise the number of weld breaks. Each weld break impacts on the profitability of the business as it results in line downtime and a loss of saleable product. Dr Longfield’s work has led to significant cost benefits through changes that have been made to the joining process at a number of Corus sites.

The results of his work have led directly to the decision to build Europe’s largest laser cladding facility at Port Talbot. This facility is now being used to develop the process further, optimise the coating chemistry and ‘hardface’ full scale components with a technique that will reduce costs and significantly increase the profitability of steel making in South Wales. Hardfacing is a process by which a layer of hard, abrasion-resistant metal is applied to a less resistant metal.

The outstanding quality of Dr Longfield’s work in laser cladding is expected to yield notable commercial success within the steel industry. Alongside his work at Corus Strip Products, Dr Longfield is an industrial supervisor of a Cambridge University PhD student who is currently modelling and predicting the criteria for weld failure in the Port Talbot cold mill. 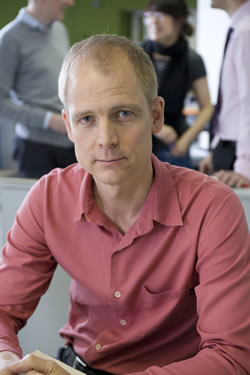 A structural engineer and director at Arup, Roger Ridsdill Smith was instrumental in the creation of London’s 10-year old Millennium Bridge. As the first new Thames crossing since Tower Bridge in 1894, the bridge claims a particular historical significance. It links the City and St Paul’s Cathedral to the north with the Globe Theatre and Tate Modern on Bankside. The bridge has injected new vigour into Southwark, becoming a key element of London’s pedestrian infrastructure.

Roger Ridsdill Smith was also a central member of the team that resolved the bridge’s initial vibration issues. The research undertaken by the team made Arup a world-leading authority on synchronous lateral excitation, which is the excessive amount of lateral vibrations triggered by pedestrian overcrowding.

The architect Lord Foster, nominating Roger Ridsdill Smith for the medal, said: “His confident ‘feel’ for the possibilities of contemporary architecture allows him to be experimental and bold when testing unkown ideas.” This was tested with the winery built for the Faustino Group just north of Madrid with architect Foster and Partners. The building uses the undulating topography of the site, with a road climbing to the roof of the building, enabling the harvested grapes to be poured straight down into the hopper, using gravity to aid the movement of the wine within the building.

He is currently collaborating with Wilkinson Eyre and Pringle Brandon on the new Urban Sustainability Centre for Siemens in East London, and working on the Commonwealth Institute for developer Chelsfield with architectural partnership, OMA.

An explanation of the ripples that effect mobile phone reception

How education can help engineers further develop the service economy