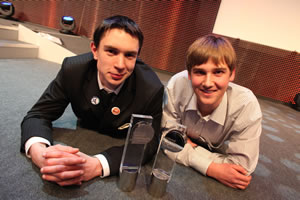 The Young Engineer of the Year, Shawn Brown (left) and the Young Scientist of the Year, Thomas Hearing (right) with their awards.

The second annual Big Bang: UK Young Scientists and Engineers Fair was held in March 2010. It was established to celebrate the achievements of young people through the National Science & Engineering Competition, while engaging and inspiring them with a wide range of exhibits, activities, presentations and events.

This year more than 22,000 people visited the event in Manchester, a three-fold increase on the attendance at the inaugural event in 2009. The Royal Academy of Engineering is an official project partner of The Big Bang, and chairs the activities working group, which draws together a wide range of organisations to develop and deliver a suite of exhibitions, live shows, presentations and hands-on interactive opportunities.

The Big Bang also hosted the finals of the Young Engineer for Britain competition, which is managed by Young Engineers. The competition highlights the innovation, enterprise and skill of the country’s future workforce. It provides both a regional and national showcase for the best creative projects within engineering, technology and design from UK students aged 12 to 19. Young Engineer for Britain encourages students, both as individuals or in a team, to use their imagination to create, design, develop and manufacture an original idea for a commercially viable device or system that could meet an everyday task or a social need.

The finalists were invited to present their project or activity as part of an exhibition alongside well-known engineering and science companies. The opportunity meant that entrants had their work showcased to journalists, prospective employers and universities, as well as the school groups and VIPs attending the event. This year the award was given to Shawn Brown, in recognition of his Solar Bike, a bamboo framed electric trike. Shawn received a cash prize of £2,000, which was presented to him by Lord Mandelson. 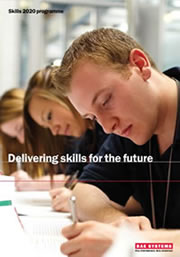 In July, The Royal Academy of Engineering hosted the launch of the BAE Systems Skills 2020 Programme. This was the first in a series of events to be held by BAE Systems across the UK, setting out a vision for how future engineering skills will be
secured in Britain.

At the launch, the Chairman of BAE Systems, Dick Olver FREng, outlined the importance of a highly skilled manufacturing sector to a rebalanced UK economy. He emphasised that, by improving the skills of a future workforce, the company will be able to compete globally in high value-added high-tech markets. Skills 2020 represents BAE Systems’ commitment to ensuring it has the right skills to remain competitive and operate successfully in the UK over the next decade, into 2020 and beyond.

In an attempt to narrow the UK’s skills gap, BAE Systems has dedicated an investment of £50 million to skills and education activities throughout the country. The company has planned a nationwide engineering roadshow for schools, university partnerships, and apprentice and graduate training programmes.

Skills 2020 was developed following publication of a strategy document entitled Delivering skills for the future. This presented the results of a review commissioned in autumn 2009 by Cambridge University’s Institute for Manufacturing. The strategy encourages ‘through-career’ skills developments which begin by encouraging young people to consider a career in engineering whilst at school and continue by providing on-going training for those in employment with the company.

Delivering skills for the future recognises the way in which the procurement of defence products and services used by the armed forces has changed. The armed forces require the latest technology delivered with agility, speed and cost-effectiveness. As a result, BAE Systems have stated that they will prioritise the need to develop more people with the skills to work alongside the armed forces, on an international basis and across traditional engineering disciplines. 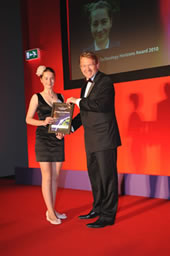 The 2010 winners of the Bosch Technology Horizons Award were recognised at the Academy’s Awards evening held in June at the Guildhall. Hosting the award presentation was President of Young Engineers and former TV presenter, Kate Bellingham.

The Bosch Technology Horizons Award, which is sponsored by the Academy, is an essay writing competition open to young people between the ages of 12 and 24. Now in its fifth year, the competition aims to raise the profile of engineering and technology amongst young people. This year nearly 800 essays were submitted, which was the highest number ever received.

Entrants were asked to write a short essay in answer to the following question: ‘Are engineering and technology essential for future development?’ In the 14-18 year-old age group Caitlin Willis, from Chelmer Valley High School in Essex, was awarded £700. Beginning her essay with a quote from a text written by political economist Thomas Robert Malthus in 1789, she wrote a piece focused on how engineering needs to support an ever-increasing population. She also suggested that ways would perhaps need to be found to populate other planets by creating biospheres.

Thomas Dean, from Loughborough University, won the first place prize of £1,000 in the 19-24 year-old age group. He opened his essay with a quote from the classical Greek philosopher Plato, stating that “necessity is the mother of invention.” He then argued that the technology required to sustain the population, and the planet, in the future already exists but that it is the challenge of engineers to ensure that it is “accessible to all and applied efficiently, providing the greatest effect and benefit to civilisation.”

Essay entries were judged by a panel including last year’s winner of the 19-24 year-old age group.

Read all the finalists essays and details of next year’s competition at: www.bosch.co.uk/technologyhorizons 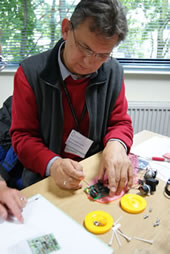 An Engineering Diploma practitioner building a programmable buggy during a Royal Academy of Engineering training day for teachers at E.ON’s Engineering Academy in July 2010.

The Royal Academy of Engineering is working with the National STEM Centre to prepare a collection of materials available through an e-library, which will support the delivery of the Engineering Diploma.

The National STEM Centre supports teachers and lecturers of science, technology, engineering and mathematics, both indirectly, through collaborative work with other STEM organisations who contribute both materials and expertise, and directly through provision of teaching and learning resource collections.

The centre holds the UK’s largest open collection of physical teaching and learning resources and in July 2010, a searchable e-library was launched. The theme-based materials, which are constantly being added to, will change according to innovations in industry relating to the subjects. The e-library will help teachers develop their resources, saving them the time and cost required to locate material from different publishers.

Members of the Academy’s education team have created a wide range of teaching and learning resources that will help to develop student’s understanding of the 14-19 Engineering Diploma. The materials also draw teachers’ attention to the course emphasis on applied learning, which is of great value to engineering companies.

The e-library is fully searchable; a teacher can search results by age range, publication year, key stage, type of resource or even by publisher. These resources can then be directly downloaded free of charge, supplying teachers with focused material to assist their lesson planning and delivery. 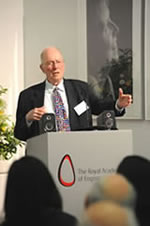 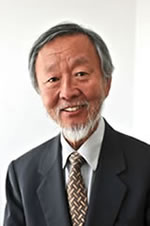 Among the other subjects discussed were the future for laser technology and optical communication, including the high-power fibre lasers used in the world’s largest laser at the US National Ignition Facility and the use of lasers in ‘optical needles’ for injecting DNA into cells. The implications of optical fibre communication on social interaction through the internet and social networking were also covered. All of these talks can be viewed at www.raeng.tv

The celebrations were supported by sponsorship from the Royal Society, University College London, the Rank Prize Funds, the Institution of Engineering and Technology, and the Institute of Physics. More information about the event can be seen at www.raeng.org.uk/events/50th_Anniversary 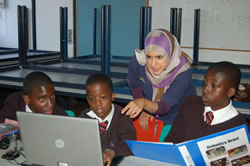 The EDT and the Industrial Trust have merged becoming the largest provider of science, technology, engineering and mathematics (STEM) enrichment activities. The merger will provide schools with a greater opportunity to combine STEM learning with real life exposure to industry and business. The Industrial Trust is now working as a division of EDT and together continue to collaborate with local companies, schools and universities to provide young people with a wide range of experiences which will help them make informed work- based choices at key stages of their education. Business and educators can benefit from the merger by having access to a wide range of complementary programmes offered by one organisation with a nationwide scale and reach.

Working with 800 companies, 700 schools and with 32 years of combined experience in the field, the enlarged EDT will initially reach nearly 30,000 young people. The joint endeavour will create a continuum of activities ranging from short visits to the workplace and universities to longer term projects and work placements. Programmes such as First Edition, Go4SET, Open Industry, Engineering Education Scheme, Headstart and The Year in Industry bring classroom learning to life and make young people aware of the skills and qualifications needed by industry and enterprise through close contact with potential employers.

As part of this expansion, both organisations will play a key role in Tomorrow’s Engineers, an engineering enhancement and enrichment programme being implemented by EngineeringUK and The Royal Academy of Engineering, with support from Lloyd’s Register Educational Trust.For more information please contact Penny Tysoe at the EDT – www.etrust.org.uk

A machine that decontaminates indoor air and surfaces eliminating viruses, bacteria and superbugs