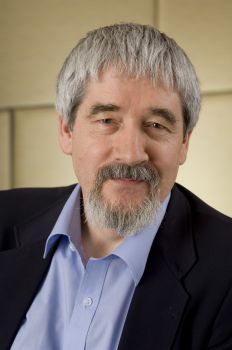 Professor David Delpy FREng FMedSci FRS has been the chief executive of the Engineering and Physical Sciences Research Council since 2007. EPSRC is the main UK government agency for funding research and training in engineering and the physical sciences, investing more than £850 million a year in a broad range of subjects. Michael Kenward OBE caught up with Delpy in December 2010 and talked to him about his career and EPSRC’s current focus.

Physics, engineering, medicine, David Delpy has worked in them all. He even had a short spell as a corporate technology trouble-shooter, not to mention starting up a business to turn his own research into marketable products. All of this has provided great grounding for his current job as chief executive of the EPSRC. Now he is in a position to help aid a renaissance of manufacturing in the UK during what is, he believes, a window of opportunity for research and engineering.

Like many engineers before him, Delpy went into science because he excelled at it at his Newcastle grammar school where he took maths, physics and chemistry at A-Level. It also helped that his father had been a mechanic before entering the civil service. Mending motorcycles was a family hobby. His father had built a side-car in the back room of the house and colluded in Delpy’s underage motorcycling on a disused airfield.

When the time came to go to university, the young Delpy looked for sandwich courses that would allow him to spend time in industry as well as at university. He wanted to do something practical, so he looked for courses in applied physics, which pointed him towards the new universities. Delpy became one of the first undergraduates at Brunel University.

On graduation he joined Darchem, part of the William Baird group, a set of 17 small engineering companies. Delpy’s job was as something of a flying trouble-shooter: “When there was a technical problem in one of the companies, one of us young graduates in technical management services would be sent down to help out.”

One project provided an early lesson in the financial facts of life. There was a Darchem business that made stainless steel insulation for jet engines and Rolls-Royce was a major customer. At the time the aerospace company was in financial difficulty because of the cost of developing the revolutionary RB-211 turbofan engine. When Delpy wasn’t working on engineering problems, he says that he “spent a lot of time reading through The Financial Times to see what the latest news was about Rolls-Royce. I learnt a lot then about finance and risk of high-tech development.”

After a while Delpy wanted to return to physics so he scoured the job ads and came up with one in an area that he hadn’t heard of, let alone thought of entering, medical physics. “The subject never appeared in my undergraduate course at Brunel,” says Delpy, “or if it did it passed me by.”

He applied for a Medical Research Council studentship at University College Hospital Medical School and found himself working on the development of pressure transducers for measuring blood pressure in the arteries, particularly of premature or small babies. After working on nuclear power, acoustic monitoring, jet engines and many other areas of ‘heavy engineering’, Delpy had finally found an intellectual home.

These were interesting times for medical physics. Nuclear magnetic resonance (NMR), particularly NMR spectroscopy, was entering the field. There was also infrared imaging, along with infrared spectroscopy. At the time NMR was limited to very small magnets. “We did the very first human brain phosphorus spectrum. It happened to be a baby,” says Delpy: “as you couldn’t have got an adult’s head in.”

Further advances in brain scanning came when Delpy read a paper about research on cats. “Franz Jöbsis, an American physiologist, described a measurement across a cat’s head in the near infrared, just beyond the visible. In that region you could see absorption changes due to oxygenation of the haemoglobin, because the blood changes its colour as it oxygenates and deoxygenates.”

Delpy sought a grant from the Wellcome Trust – through a scheme designed to get academics and businesses working together – to study an enzyme involved in taking oxygen into brain cells, generating energy.

A colleague at Kings College London lent Delpy a military grade non-commercial photomultiplier (PMT) tube. Then a contact with one supplier led to a 25-year relationship that, among other things, funded Delpy’s chair at University College London (UCL). The company was Hamamatsu Photonics.

The boss of Hamamatsu had heard about this pioneering group who were trying to shine light across baby’s heads and turned up at the laboratory. He liked what he saw and asked if he could help. “This was manna to an academic, so I said, ‘Yes, we would like some very sensitive PMTs and if you want to help fund us,
then that’ll be good’.”

It helped that Hamamatsu wanted to develop from being a supplier of components to a maker of systems. Over the years, Delpy’s group got not only equipment, including lasers that were at the technological cutting edge, but considerable financial support. In return, the company marketed the first commercially successful infrared spectrometers developed at UCL.

One consequence of this work has been that imaging techniques have reduced the use of animals in research. “If you have to do a study by sacrificing an animal every time you want to measure something, it becomes very expensive and time consuming. An alternative that does not require the sacrifice of an animal is obviously a socially more acceptable way of undertaking research. So finding ways of monitoring small animals has been a big driver in my research.”

David Delpy really enjoyed working with companies, developing commercial products. “There is no greater incentive than actually seeing your instrument being used in a neo-natal unit or an adult intensive care unit”, he says.

Delpy’s business acumen saw him setting up a company with his boss, Dawood Parker, to commercialise their work on gas sensors. They had developed a non-invasive oxygen-measuring system for adults for another company but the company couldn’t be persuaded to produce a version for the neonatal intensive care incubators used to carry babies around the country. So Delpy and his colleagues offered to make the instruments if the company would market them.

The business grew, moved to Wales and floated on the Alternative Investment Market. It was decision time again for Delpy. Did he want to leave academia and work for the company? “I decided that I still liked academia, so I stayed at UCL,” he says. The company went on, like many small tech businesses, to be acquired by an American company that wanted a base in Europe. 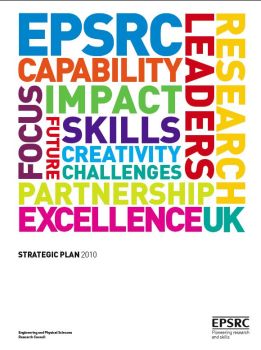 With a career that spans academia, industry and the health service Delpy has experience in most of the activities that, as chief executive of the EPSRC he now has to deal with. He took up this role in 2007 keen to expand his leadership experience. “I thought that having tried to lead change within UCL it would be an interesting challenge to try to do it on a broader stage. I hadn’t fully realised what it involved.” He admits that it took him a year to work out “what the drivers were” in Whitehall.

Delpy’s own research, bringing physics to medicine, has another ingredient that is always on EPSRC’s agenda, interdisciplinary research. This brings researchers and businesses together and getting the balance right, says Delpy can bring enormous benefits.

Encouraging fruitful collaboration is just one of the tasks on Delpy’s desk. The recent government spending review focused the research community on making a sound case for research investment. “The research community came up with excellent evidence, put forward a coherent, well-argued position and avoided in-fighting,” says Delpy. Armed with that evidence, he adds, the Minister of State for Universities and Science, “David Willetts argued the case well”.

He acknowledges that there are barriers and disincentives in the system for researchers engaging with knowledge transfer. “All the incentives [for academics] are to get a grant, do the work, get published and then apply for the next grant. You are not given any more kudos, you are not given a promotion, for spending a year looking back and seeing how you take this idea forward. But does it actually provide any strategic direction for the UK?”

Strategy is a word that Delpy uses frequently. “Each of the UK’s Research Councils sets a strategy and we talk to one another to make sure that they are hopefully consistent.” However the UK does not have a national strategy for science and research science. “Some countries have an overarching strategy and then funding agencies, government departments, and so on can fit their funding within that overall strategic direction.”

Industry has to play its part in knowledge transfer. Here, Delpy explains, EPSRC has a problem. Unlike the Medical Research Council, with its small band of major pharmaceutical companies to work with, the EPSRC has few ‘corporate giants’ beyond BAE Systems and Rolls-Royce. EPSRC is trying to address this challenge, but cannot, says Delpy, deal with all of the 2,300 companies involved in research backed by EPSRC.

Fortunately, when it wants detailed feedback, EPSRC can turn to its “user panel”, currently chaired by Dr Dave Watson, Director of Emerging Technology at IBM’s Hursley Laboratory, and to the 30 “strategic partnerships”, long term collaborations with companies and other organisations, including government departments, that jointly fund research activities.

One way in which EPSRC is trying to help companies is through its online database of research grants, which numbers 6,000 projects totalling in the region of £3 billion – including research going back to 1994. “The outputs of the research are there, sitting in the lab. We, with the academics, can hopefully identify those through our database. Now the task is to find ways of getting the companies to access it, or to be able to access it. ”

Delpy feels that getting industry to be aware of, and engage with, the research base is being severely hindered by recent government strictures on the research councils’ promotional activities. “How
are we going to get the message out to companies if we can’t actually advertise or produce leaflets, brochures and things that are going to catch the attention? It means that research councils cannot fulfil an important part of their chartered objectives: communications.”

Getting the word out is an essential part of what is known as the ‘impact agenda’. As someone who always wanted his research to lead to something useful, Delpy naturally signs up to demonstrating impact. In his view, research shouldn’t just sit on a shelf as knowledge for knowledge’s sake but should make its mark in society in some way – whether by contributing to debate, the economy or well-being.

This idea was not universally well received in some parts of the research community where there have been strong – and vocal – objections. In reality, says Delpy, the objectors are a vocal minority. “I think there is a silent majority of researchers who receive grants from EPSRC who would quietly back the idea.”

The current challenging economic conditions bring some real opportunities for engineering. “What has happened has made us realise that in the end you have got to make real products. We are the seventh biggest manufacturing economy in the world. OK, we were fourth, and at the moment the trajectory is in the wrong direction. But we are still a manufacturing nation. Science, engineering and manufacturing drove the 19th, the 20th centuries and they will drive the 21st century too.

“This is a great time for engineering companies if you look at the number of undergraduates applying to them. It is the moment for the research councils to really push the science and engineering research agenda…. But we have to be quick about it. The window of opportunity is only about five years.”