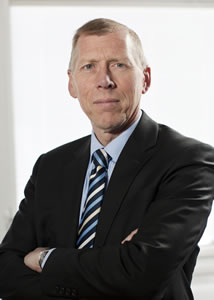 Recent global financial events have increased the focus on ‘rebalancing the economy’ and on the importance of the manufacturing sector on wealth creation for the UK. The Royal Academy of Engineering has gathered evidence to better understand the nature of today’s industrial systems and how they contribute to this. Professor Stephen GarwoodFREng has been leading the project and outlines his thoughts to Ingenia.

Since the banking crisis and the global recession which brought problems for both individual companies and national economies, there have been widespread calls for a ‘rebalancing’ of the UK economy.

If this is a clear and widely held view, there is much less clarity on how it might be achieved and how government policy might help. That is why, over the past year, a group from the Academy has been looking at the nature of industrial systems in the UK: what they are; the effect of government actions; and the importance of productive capacity. We asked senior executives from a range of industries for their views, and their responses are helping to shape our thinking.

A century ago, an industrial system would have been a fairly simple thing to define. In businesses of many kinds, raw materials went in at one end of a factory and finished goods – from trains and ships, to clothes and food products – came out of the other end.

Today’s companies operate quite differently. Their alliances and relationships are fluid and forever changing; their supply chains and customer bases are often global; the view of innovation and product development as a serial process is now mostly seen as too simplistic; the different activities of research, design, production and lifecycle service can operate together as an integrated operation, or separately, unconstrained by either geography or history.

Historically, it had been convenient to think of the manufacturing and service sectors as being entirely separate in their operation within the economy. This is no longer the case. Some have sought to address this by defining a third sector, ‘manu-services’. In my view, a more useful solution to understanding industrial systems is, in fact, to remove the distinction between manufacturing and service sectors.

In the complex, globalised world of modern manufacturing, companies are finding new ways to capture value. Much of the value that companies capture comes from the opportunities that production creates, rather than from the product itself. Throughout the lifecycle of a product, opportunities for value capture are increasingly being taken by manufacturers rather than allowing other organisations to capitalise. Production is becoming a strategic activity within business rather than the main activity. Well known examples of this type of operation can be seen in Rolls-Royce’s aero gas turbine business, where an engine service package is provided to an airline to support its aircraft. The airline simply pays for the number of hours they fly.

Decisions on what to produce or buy therefore become strategic decisions for manufacturing businesses and the drivers are less likely to be directly linked to the cost effectiveness of in-house production. Protection of intellectual property, the process know-how and supply-line security can have more importance to value than the economics of production itself. In other words, measures of value other than hard cash are important; for example those of security, knowledge and control.

In seeking to shift the UK’s economic balance in favour of production, these developments in manufacturing strategy need to be taken into account and applied at a national level. The same techniques that companies use to determine the strategic importance of production to their organisations can be used by government to understand the strategic importance of activities within the UK economy, and values other than cash can be used in evaluating them. Strategic interests such as preserving skills within the economy for reasons say, of energy security, can be developed into a framework that industry would understand and expect government to adopt. Similarly, the preservation of other strategic skills within the economy, such as science, technology, engineering and maths (STEM), will enable the capture of value within the economy.

Among other important messages about manufacturing and its importance to the UK economy, our study found that production enhances research and design development, and the grouping of these activities is beneficial. Production also enables commercialisation, infrastructure for other businesses, innovation and protection of intellectual property.

It is clear that an open market approach has served the UK well. However, there are a number of strategic reasons why the government might wish to influence the market. It might want to protect a strategic skills base in the UK or to preserve a local community. It may want to ensure availability of key strategic materials or products to UK based businesses and to ensure national security. Although many industrialists call for a ‘level playing field’ with international competition, most identified that a consistent long term approach from government is the most important factor.

Finally, it should be noted that the UK’s academic network is a global player and is, in itself a system on the same scale as the industrial system. More mechanisms need to be developed to maximise the leverage that UK manufacturing can derive from this strength and to facilitate better interaction between industry and academia.

Further development of the Advanced Manufacturing Centres and a coordinated National Skills agenda for Engineering and Manufacturing apprentices and graduates could help promote such interaction.

The establishment of Technology Innovation Centres also provides a new opportunity to promote the interaction of industry and academia in pre-commercial R&D.

Why does that happen - Liquefaction