The Royal Academy of Engineering’s Silver Medals were awarded by Academy President Sir John Parker GBE FREng at the Academy’s awards evening in June 2012. Since 1995, the medals have been awarded annually to engineers who have made outstanding contributions to UK engineering but have been working as an engineer for no more than 22 years. This year’s four winners have achieved significant commercial success in their fields and are recognised for advancing the cause of engineering. 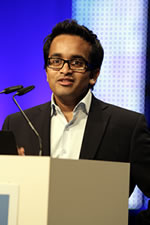 Suranga Chandratillake’s medal is in recognition of the software he developed to enable global clients of Autonomy plc and blinkx plc to release value from mountains of digital content.

Following a first class computer science degree from the University of Cambridge, he joined data mining experts Autonomy as the lead R&D engineer on Autonomy’s core data analysis engine. He extended 2009 Silver Medallist Ian Pratt’s XenServer research he had learned about as a Cambridge undergraduate to design the architecture for, and build, Autonomy’s distribution layer for massively scalable parallel processing. This allowed data to be processed across multiple servers, dramatically increasing the volume that could be evaluated each second, and laid the groundwork for what would eventually become known as the cloud version of Autonomy’s engine. This cloud solution subsequently became Autonomy’s fastest-growing technology segment.

Suranga Chandratillake then led the development of blinkx, an innovative system that sifts through the hundreds of thousands of hours of video and audio files uploaded to the internet. Unlike many other search engines, blinkx can recognise keywords, phrases and faces, allowing viewers to browse by content, not just by ‘tags’. Advertisers can target viewers with specific ads tied to search keywords. Over 400 distinct brands use blinkx, serving targeted ads to an estimated monthly audience of 90 million unique users. In 2005, he persuaded the Autonomy board to turn blinkx into a separate business, of which he is CEO, and blinkx is now the world’s largest video search engine. 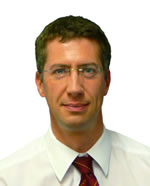 Chris Hendy, Technical Director at Atkins, has worked on some of the most complex and high-profile structural engineering projects around the world, including the design of the Dubai Metro viaducts, strengthening the Penang Bridge in Malaysia, and most recently as Technical Advisor on the Olympic Park bridges.

As well as designing new infrastructure and helping others to do so more efficiently, he has worked to preserve existing UK projects. He has extended the life of bridges, including Irwell Valley Bridge and, most recently, the Forth Road Bridge, where the bearings were heavily corroded and compromised the bridge’s life expectancy. He has produced an innovative design, which is under construction, to jack up the bridge, remove the old worn-out bearings and replace them with new ones to give the bridge a new lease of life.

An industry leader and author of three seminal books on bridge construction and design, he has played a pivotal role in aligning UK construction industry standards with those of the pan-European Structural Eurocodes, ensuring that construction businesses can compete for European contracts. Other industry bodies like the Steel Construction Institute and the Concrete Centre have used these books to inform their own publications. Chris Hendy has also shared his construction expertise by writing numerous design standards for the BSI, and running training courses on procurement for designers and major government clients including Roads Services (NI), the Welsh Assembly Government and the Scottish Executive. 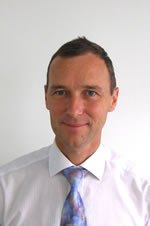 Telecommunications development expert Rob Salter joined defence company BAE Systems in 1989 and led a team to develop FALCON, a high-tech communication and information network for frontline troops. FALCON is the first military communications system to combine tactical Internet Protocol (IP) and inter-web domain voice in one secure system. Deployable from a truck or helicopter to troops in conflict zones, this information network is effectively portable broadband that works via satellite or radio. It allows frontline troops to talk securely across the network and transfer data, maps and orders, be they in another country or back in the UK. It is robust and shielded against electronic warfare.

The system will be utilised by the Army and Royal Air Force. By combining all data, information and communication networks into one piece of equipment, signallers will be able to respond faster to changing environments ensuring vital information reaches its destination.

FALCON is currently being prepared for 2012 deployment to Afghanistan to offer direct support to ongoing operations.

BAE Systems and its partner companies have already reaped the rewards of the FALCON success, and the total value of orders in UK and export markets is expected to exceed £900million. As a direct result of Rob Salter’s contribution, the UK has been able to retain and further enhance its intellectual capital in this important technology area. 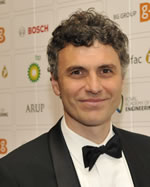 Both an academic and a successful entrepreneur, Professor Florin Udrea leads the High Voltage Microelectronics group at the University of Cambridge and has founded two of the university’s most successful start-ups: Cambridge Semiconductor Ltd (Camsemi) and Cambridge CMOS Sensors Ltd (CMOSS). Camsemi is a pioneer in the world of semiconductors, developing and patenting more energy-efficient chips. To date it is generating multi-million pound revenues and has 70 employees in the UK, Taiwan, China, Hong Kong and the US.

He is also co-founder and CEO of CMOSS, a company developing innovative technology for environmental monitoring. Its miniature gas sensors for CO₂ and methane detection are set to replace the expensive, bulky equipment the industry currently uses. At present the company has 15international customers and a potential growth forecast of £10 million a year.

In addition to his engineering and business contributions, Professor Udrea has forged links with international companies as part of the university’s knowledge transfer to industry. He is currently leading projects with companies such as ABB (Switzerland), International Rectifier (UK), XFAB (Germany) and Vishay (Taiwan). He has more than 50 patents for distinctive inventions with 30 more pending. Throughout his career he has been involved with all the major power device manufacturers in the UK, including NXP in Hazel Grove, National Semiconductor in Scotland, Dynex in Lincoln, and IR in Newport. More recently, in recognition of his outstanding entrepreneurial role inside and outside the university, Professor Udrea has been appointed as a Non-executive Director in Cambridge Enterprise, the venture arm of Cambridge University. He has also been appointed in the technical advisory board of London Technology Fund.

With London’s newest landmark, engineers needed to resolve challenges including building around unmovable cores, extreme craning and controlling the sway of the spire

<i>Ingenia</i> traces the historical and technical background to shale gas, and the issues related to its extraction

The search for fusion energy has led to advances in remote handling, materials science, and plasma isolation chambers