Chips under the skin 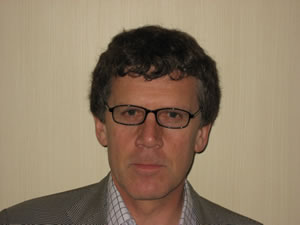 Chips under the skin

Microchips can already locate and identify objects. Now they are being developed so that they can be placed on people as well. Robert Muir-Wood, Chief Research Officer at Risk Management Solutions, has followed developments in this area and writes about what uses and misuses such monitoring could bring.

Annie the curly black-haired American cocker spaniel was born in Athol, Massachusetts. In midlife, she crossed the Atlantic (following her owner – my wife) to come and live in England. To accomplish the move to a rabies-phobic society, she had to acquire a ‘pet passport’, and a microchip was implanted in her shoulder. Before she left America, the chip certified to all the various government vets who pointed their scanners at her that Annie was the same dog already demonstrated not to have rabies. In London, Annie kept her microchip, chased rabbits, entered into a long and lazy old age until finally her little legs gave out and she ended her days last Christmas Eve at a vet’s – with perhaps the most expensive postcode in the world – in Chelsea.

If an implanted microchip is good enough for Annie the dog, then perhaps you should consider getting one. Imagine if all babies were fitted with a radio frequency identification device (RFID) at birth. The government could point a scanner to track vaccination history, school attendance, census, voting, immigration control, marriage, hospital admission and ultimately death.

In 2002, the VeriChip Corporation received approval from the US Food and Drug Administration for its human implantable chip. The chip was promoted for keeping track of patients and their medical records in hospitals. The implanted chip could also be used to permit access to secure facilities. A Dutch nightclub was even said to have used the chips to identify their VIP guests. On receiving a prompt from an external scanner, the device simply transmitted its unique 16-digit code. The code was then linked to a database, offering medical records or allowing a secure door to open. However, the device never quite took off. There were concerns about possible adverse medical implications, stories of tumours in mice developing around the implant.

Simply displaying a 16-figure code did not seem to offer enough advantages to offset the intrusive nature of an implant. Yet people are quite happy to have technology inserted into their bodies when the health benefits are clear, from pacemakers to artificial knee joints.

Technology has also moved on since 2002. The smallest RFIDs now measure 0.05mm x 0.05mm. There is much more that could now be added to an implantable microchip device: a whole range of health monitoring capabilities, for example, including the potential to transmit an alarm when heart rate, blood pressure, blood sugar levels, oxygen levels or CO₂ levels move outside an acceptable range.

Think of the benefits of being able to locate people when a building collapses – as happened in Dhaka in April 2013 – or after an earthquake. One could quickly scan a pancaked building to identify all those buried in the rubble. By scanning a range of locations, we could use tomography to find the precise 3D position of each victim and also receive medical information on their vital signs. Then the computer could perform an instant triage to work out in what priority they should be rescued. Rescuers would know when to keep digging and when to move on to the next collapse. There would be no time wasted searching for dead bodies. The implantable device could make a major difference in survival rates.

Yet for every application in which people can see the benefits of the technology, civil liberties groups can highlight the challenges to basic freedoms. A policeman could point a scanner at a crowd and know immediately who is in a demonstration. All movements would be traceable. In 2008, the government of Irian Jaya in Indonesia proposed to implant a chip in all those known to be infected with HIV so they could be tracked by others not so infected.

However, the reality is that mobile phones already mean that people’s movements are being continuously traced (although you do have the choice to leave your phone at home). The disadvantage of mobile phones for earthquake rescue is that they can easily become separated from their owners.

To try to bridge the gap and offer the advantages that an implantable device could have without the concerns about civil liberties, there is now a focus on making devices that are as close as possible to the body while resting outside the skin. An obvious location is on a wristband. The Pebble ‘smart watch’, introduced at the start of 2013, communicates with an Android or iOS device using Bluetooth 2.1. The Fitbit Flex tracks movements, from which it infers ‘steps taken’, ‘calories burned’, ‘distance travelled’, ‘active minutes’, ‘ hours slept’ and ‘quality of sleep’.

Apple has been working on a wristband computer for years, filing patents in August 2011 for an iWatch. In early 2013, it was said Apple had 100 designers working on the new wristband product. Many people gave up wristwatches when they acquired a smart phone, so Pebble, Fitbit and Apple have focused on strong design to win back a generation to having a fashion item on their wrists. From the wristband platform, it could be possible to implement a wide range of medical monitoring devices, some of which are already available as iPhone apps.

Innovative microelectronic devices that can work at the interface between the human body and mobile electronic technology are on the agenda for the next generation of smartphones. For the successful products, this ‘interface’ market could be worth tens of millions of pounds. There are several miniature medical devices already under development that could be included to monitor blood pressure, pulse, oxygenation through the skin, and blood sugar levels from perspiration. The apps already available on the iPhone can give very impressive readings of heart function simply by pointing the device at a fingertip. For continuous monitoring, there remains a question as to what mode of skin contact would be most acceptable. One might, for example, conceive of a finger ring, tracking vital signs through the skin while transmitting the data to a smartphone.

However, engineers should not give up all prospect of inserting microelectronic devices beneath the skin, but need to recognise the psychological anxieties that come with such intrusion and must show the benefits. There is, for example, already strong voluntary acceptance of fashion piercings, which could include microchips inserted into ear studs.

Annie the cocker spaniel may have been among the pioneers at living (comfortably) long-term with an internal microchip. These were small beginnings: the human-electronic device interface will present engineers with many opportunities for innovation and profitable development over the next decades, best achieved by working in close harmony with experts in psychology, ergonomics and design.