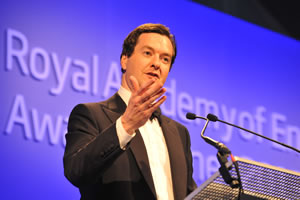 On 17 July, the 2013 Royal Academy of Engineering Awards Dinner took place in London’s Battersea Power Station. Before the awards were presented, guests visited an exhibition of the best of UK engineering, based on the theme of Engineering for Growth.

The Chancellor of the Exchequer, the Rt Hon George Osborne MP, spoke about the importance of engineering to the UK economy, and the need for the UK to educate more young engineers. He introduced the finalists of the MacRobert Award, the £50,000 prize awarded for excellence in UK engineering innovation (see Ingenia 55).

Academy President Sir John Parker GBE FREng presented the President’s Medal, awarded every two years, to Terry Hill CBE FREng, who has delivered some of the UK’s most outstanding civil engineering projects, including the HS1 Channel Tunnel rail link, and who recently led a review that could save the UK £3 billion a year on infrastructure development.

Laser expert Professor Lin Li FREng was awarded the Sir Frank Whittle Medal for his research that has found commercial applications in manufacturing, nuclear energy, medicine, imaging, and many other sectors.

The recipients of the Silver Medals (see page 30), were introduced by Chi Onwurah MP, Shadow Minister for the Cabinet Office and an electrical engineer by training. 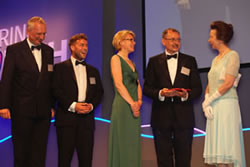 Dr Julien Reboud was a joint winner of the ERA Foundation Entrepreneurs Award with the team of Dr Reuben Wilcock and Robert Rudolf. The prize is awarded to researchers in electro-technology showing entrepreneurial promise. The Rooke Medal for the public promotion of engineering was awarded to Professor Mark Miodownik, an engineer and materials scientist, author and broadcaster.

At the close of the event, held in association with Atkins, the Royal Fellow, HRH the Princess Royal, and Sir John Parker announced the winner of the MacRobert Award, RealVNC, which won the prize for its commercially successful software that links smartphones, tablets, and computers for remote working – see www.raeng.org.uk for more details.

In September 2013, University College London launches its new Department of Science, Technology, Engineering and Public Policy (STEaPP). STEaPP’s aim is to explore and improve the ways scientific and engineering expertise and knowledge engage with public policy processes across all levels and sectors of our now globally interdependent societies. The department is headed up by Professor Brian Collins CB FREng, and Dr Jason Blackstock, who joined UCL in January 2013, shortly after arriving in the UK from Canada on a Tier 1 Exceptional Talent visa. 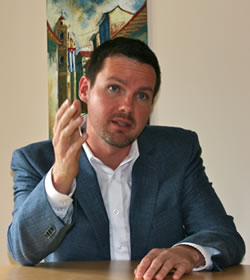 This visa route was introduced in 2011 to attract world-class talent to the UK in the fields of science, engineering, humanities and the arts. The Academy, along with the Royal Society, the British Academy and the Arts Council, acts as a ‘Designated Competent Body’, advising the Home Office on the suitability of candidates applying under the route. While some universities have begun regularly using the route to bring in top professors and exceptionally promising young lecturers, it remains underutilised overall.

Before joining UCL, Dr Blackstock led research and policy engagement programmes at the International Institute for Applied Systems Analysis in Austria and the Centre for International Governance Innovation in Canada, and was a visiting fellow at University of Oxford.

According to Dr Blackstock: “The Tier 1 visas are an underutilised route that offer talented scientists and engineers with broad international experience the opportunity to bring their expertise to the UK.” Tier 1 visas provide greater flexibility for future job opportunities and require far less onerous renewal procedures than other routes open to scientists and engineers.

In July 2013, the Royal Academy of Engineering published Future ship powering options which considered alternative methods of ship propulsion. The report concluded that shipping has the potential to reduce its environmental impact through new and modified propulsion technologies – but that there is no single or simple answer that will meet every need or that can be applied to every type of vessel. 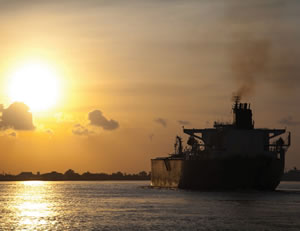 The report had been instigated because of international agreements to limit the emission of pollutants, the fluctuating but generally rising costs of marine fuels which account for a large proportion of the running costs of a ship, and developments on a number of other fronts that had led many in the industry to question whether the present methods of ship propulsion are sustainable.

The report’s working party, made up of more than 20 eminent engineering experts, led by John Carlton FREng, Professor of Marine Engineering at City University London, made a comprehensive survey of current and potential future marine propulsion systems, measuring them against the twin but related objectives of energy efficiency and environmental sustainability.

Future ship powering options concluded that there are many areas where continued evolution could bring about substantial economic gains. Possibilities were considered to increase efficiency and reduce emissions, using either conventional fuel or alternative primary fuels, such as biofuels, liquid natural gas and hydrogen.

A variety of other methods of propulsion were assessed, including nuclear propulsion, batteries, fuel cells, renewable energy, superconducting electric motors and hybrid propulsion.

The full report can be viewed at: www.raeng.org.uk/futureshipping 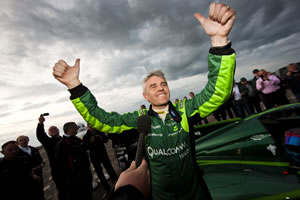 The record-breaking DraysonB12 69/EV electric Le Mans Prototype was driven by former science minister Lord Drayson FREng, who now heads Drayson Racing Technologies, a research and development business that aims to create sustainable technologies for motorsport – and electric ‘Formula E’ racing circuits. To set a new record, the Drayson B12 had to complete two mile-long runs in opposite directions at Elvington Airfield in Yorkshire, while also adhering to a vehicle weight limit, set by the Federation Internationale de l’Automobile (FIA), of 1,000kg without the driver.

The prototype is built using an adapted Le Mans series Lola chassis, made of recycled carbon fibre to reduce weight and air resistance. The car is equipped with a complete electric drivetrain, and can reach a top speed of 300 mph. One engineering challenge the team faced while testing was accelerating the vehicle to racing speed and then decelerating over such a short distance. This was accomplished with a 123 lithium-ion phosphate structural battery, which produces 640 kW of power and can accelerate from 0 to 62 mph in three seconds. However, the battery has a life of 20 kWh and cannot provide enough power to complete a race without recharging.

The prototype also incorporates wireless charging, developed with Qualcomm Halo, that is currently used for static recharging during pit stops With further development, this technology could one day allow drivers to recharge en route, while driving. 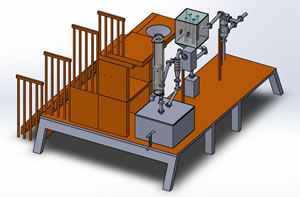 The rice husk gasification system – all parts would be manufactured locally, assembled on site and then raised up on a stand 1m above ground to protect from flooding

For this year’s competition, the EWB Challenge was integrated into the undergraduate engineering curriculum at 13 universities, reaching 2,500 students. The Challenge was set by Engineers without Borders Australia and Habitat for Humanity Vietnam. Teams were given access to contextual information about the region and its inhabitants, and about appropriate technologies. They could choose to work on development challenges in the areas of housing design and construction, water and sanitation, energy, waste management, transport or information communications and technology, and could choose to address a single issue or provide an integrated solution to multiple issues in the region.

The students could learn about and engage with the Vietnamese community through a web portal and almost 50 teams submitted designs for the national finals. The top 20 were selected in a competitive review process to present their work before a panel of judges from academia, industry, and the international development sector.

The Durham team designed an energy source for the village that is self-sustaining, uses local waste as fuel, and is affordable to develop and maintain. Reusing char, the waste output from the plant, also provides a source of income to the local community. There is a possibility that their idea could be taken up by the district and the winners were awarded fully funded places on EWB’s Challenge of the Balance summer school in Delhi, India. There they will have the opportunity to learn more about the engineer’s role in international development.

The awards were made at Coventry University’s Engineering and Computing Building which hosts their Humanitarian Engineering programme.

In 2011, the Royal Academy of Engineering received funding from the Department for Business, Innovation and Skills to take the lead role in addressing diversity across the engineering profession, with the Royal Society taking a parallel role for the sciences.

The business case for addressing diversity in engineering rests on a well-documented predicted shortage of engineers in the future. Research has established that those from low income backgrounds, disabled people, certain ethnic minorities and women are currently under-represented within engineering. The Academy’s diversity programme was established to help address this shortfall through engagement with the professional engineering institutions (PEIs), industry, the education sector, the Royal Society and other STEM and diversity organisations.

Recent research from the IET shows that the UK is producing just 25 to 50% of the engineering graduates that the economy needs, which means that 200,000 more engineers must be trained and employed by 2020. If engineering casts its net wider, beyond its traditional white, male, non-disabled cohort, there is a greater chance of hitting the 200,000 target.

The launch of a Diversity Leadership Group of engineering employers in July 2013, in response to the predicted skills shortage, aims to remove barriers to entry and increase the supply of women and other underrepresented groups into the profession. The group is focused on the perception of engineering; schools’ engagement, careers advice and information; recruitment and retention of work-ready engineers and the use of data to understand the skills supply chain and track progress.

In April and May 2013, a series of events entitled Designed to Inspire took place to encourage more engineering students to make the transition from education into engineering employment by having an audience with engineering role models. A campaign to accompany the events included a series of short films interviewing engineers from black and minority ethnic backgrounds about how they became engineers and their working lives. Those featured included environmental engineer Yewande Akinola; director of line upgrades for London Underground, David Waboso FREng; and Chi Onwurah, an engineer and now MP for Newcastle Central.

For more information about the diversity programme visit www.raeng.org.uk 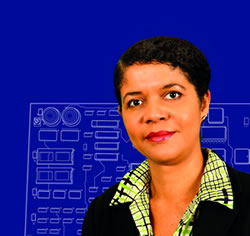 Chi Onwurah MP was one of the role model engineers who spoke at the series of events and on the Designed to Inspire video clips. She said: “I grew up on a council estate in Newcastle. There wasn’t anyone who was an engineer or scientist there, but all around me there was a real respect for engineers and what they had done. So I knew about George Stephenson’s work with steam locomotives; he was a local hero. I knew about shipbuilding and mining, those industries which had transformed our lives and I wanted to be part of that… I wanted to do something useful and something that I enjoyed and for me that was engineering…. As an engineer you can go round the world, you will be recognised and valued. You can rest assured that you will never be bored in your job and you can be sure – these days – that you will be well rewarded financially. What’s not to like?”

To find out more about Designed to Inspire visit http://www.tomorrowsengineers.org

Crossrail: tunnelling on an epic scale

Crossrail engineers are constructing 70m of tunnels each week with specially designed tunnel boring machines, while ensuring Underground lines and the city above remain undisturbed

Using networked, sensor-enabled phones and tablets, engineers and clinicians are working together to develop monitoring and feedback systems to improve patient health