After the 2014 floods: The future management of flood risk

In the aftermath of last winter’s floods, Professor Enda O’Connell FREng and Professor Jim Hall FREng argue that the UK needs a strategic and evidence-based approach to managing flood risk. This should combine engineering measures, land use planning, forecasting and warning, resistance and resilience, catchment management, and prioritisation of investment.

The floods during the winter of 2013/2014 were, in many respects, exceptional. The winter rainfall was the greatest across the UK since records began in 1766 and tide levels during the North Sea storm surge event from 4-5 December threatened much of the east coast in a manner similar to the devastating 1953 event. Even though the damage from the floods was less than in 2007, the duration of flooding, especially in the Somerset levels, drew widespread media and political attention. The subsequent media commentary focused on the dredging and potential benefits of measures to retain flood water in the uplands (known as ‘natural flood management’), frequently giving the impression that these could be the solution to our flooding problems.

It is inevitable that the media and members of the public will seek to point the finger at particular causes of flooding and reach for ‘fixes’. Yet years of science and engineering for flood defence have taught us that floods usually have multiple causes and that flood risk can most effectively be reduced by a strategic combination of measures, developed to match the flood characteristics of individual locations. 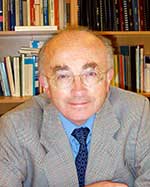 This strategic approach has been deeply embedded in the flood management policy of the UK for more than 20 years. Following the 2000 floods, it was reinforced by the Institution of Civil Engineers’ Learning to Live with Rivers study, Foresight’s Future Flooding project, Defra’s Making Space for Water consultation and the 2010 Flood and Water Management Act. Disastrous events may temporarily knock such carefully thought out policy off course, but the UK continues to have a rational strategy for targeting scarce resources where they will have most benefit in terms of reducing flood risk to people and the economy.

Structural flood defence measures continue to provide the backbone of our strategic flood risk management approach. By and large, these defences performed very well during the recent floods, protecting thousands of homes in flood plains and coastal locations that would otherwise have been inundated. The December storm surge was especially intense, approaching the severity of the disastrous 1953 surge which caused hundreds of deaths, yet no loss of life occurred. Over the intervening years, the necessary sea defences had been put in place; now, however, substantial investment will be needed to repair the damage caused to the UK’s coastal defences. 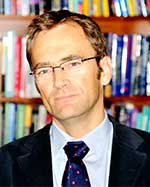 Following the 2007 floods and the subsequent Pitt Review, a joint Environment Agency/Met Office flood forecasting centre was established which has led to a more integrated and consistent approach to flood forecasting and warning across the country. Despite the widespread inundation of urban areas that occurred during the floods, timely warnings and mobilisation of the emergency services meant that there was no loss of life that could be attributed to failings in the flood warning service – a significant achievement.

An important element of contemporary flood risk management is to avoid inappropriate development in flood plains. Although the Environment Agency is a statutory consultee for all developments in flood plains that are considered by local authorities, the UK Committee on Climate Change reported in 2011 that between 12,000 and 16,000 new homes are being built in flood plains each year. Some of these homes are designed to be resilient to flooding, but unprotected flood plain development is still taking place. Continuing encroachment on flood plain land, whether through urban development or intensive agriculture, will mean less storage for flood water and enhanced flood peaks downstream.

It is also evident that some flood plain residents fail to appreciate that they are at risk of flooding, and would be wise to invest in resistance and resilience measures to protect their property. Resistance measures range from the use of demountable defences to prevent the ingress of flood water into houses (instead of the last-minute sandbags!) to raising whole houses to higher levels. Resilience includes measures to reduce property damage when inundation does happen, as well as community capacity building through self-help groups and lessons learned from past flood events.

The benefits generated by the funding and implementation of a sustainable flood risk management strategy after the 2000 floods are evident, even if they did not receive sufficient media coverage

Another major focus of the winter flooding was the topic of dredging. Dredging had been used historically on the Somerset levels to maintain the dimensions of the man made drainage channels. It had been discontinued because the investment required could generate greater benefits elsewhere. It has to be remembered that while, in principle, dredging can reduce the duration of flooding, its benefits may be short-lived, unless soil loss is controlled at source.

Natural flood management has also been put forward as a solution to our flooding problems. This process involves the alteration, restoration or use of landscape features to manage flooding, and has been shown to mitigate small-scale flooding of local communities, such as the village of Belford in Northumberland. However, the notion that ‘holding back’ flood water in upstream catchment areas, by such means as woody debris dams, storage ponds or planting trees, can provide a solution to our large-scale flooding problems needs to be tempered; small-scale results cannot be extrapolated simply to large catchment areas and the benefits are likely to be limited in more extreme floods, of the type we experienced last winter.

Natural flood management has the potential to make a contribution, but it needs to be quantified through pilot experiments in larger-scale catchments in which multiple measures are implemented as part of a carefully structured approach.

The benefits generated by the funding and implementation of a sustainable flood risk management strategy after the 2000 floods are evident, even if they did not receive sufficient media coverage during the recent flooding. What is a major concern is that any knee-jerk reactions to the flooding created by an exceptional flood event, coupled with recent reductions in flood defence funding and the resulting loss of capacity by the Environment Agency could knock this well-developed strategy off course.

We face a highly uncertain climatic future and need to sustain a long-term strategic approach to flood risk management. Enhancing the approach with scientific knowledge as it evolves together with engineering expertise is extremely important. An additional lesson, following the contrary and widespread media coverage, is that the strategic approach needs to be communicated effectively.

Professor Jim Hall FREng is director of the Environmental Change Institute in the University of Oxford. His areas of expertise include flood risk management, climate change adaptation and infrastructure systems.

This commercial and artistic success is cited as one reason for the recent increase in state support for the UK’s film industry, raising tax relief rates and lowering spend thresholds.

HOW DOES THAT WORK? - Black boxes (From a suggestion by Richard Walder)

Black boxes have been mandatory in airliners since the 1960s when wire recorders were used, followed by magnetic tape, and now solid state hard drives.

This article is about how SORS analyses the composition of chemicals sealed within any nonmetallic container without the need to open it, which has a range of potential applications including medical diagnostics and airport security.

An Glasgow-based spin-out company called Silent Herdsman from the University of Strathclyde, has formulated a system, that is able to monitor the fertility of herds, by attaching sensors to collars.