The Royal Academy of Engineering MacRobert Award is the premier prize for UK innovation in engineering. It is awarded annually for an outstanding example of innovation that has achieved commercial success and is of benefit to the community. It seeks to demonstrate the importance of engineering and the contribution of engineers and scientists to national prosperity and international prestige.

The award was founded by the MacRobert Trust and first presented in 1969. Every submission is reviewed by a panel of judges drawn from the Academy’s Fellowship and across engineering. The award honours the winning company with a gold medal and the team members with a prize of £50,000. Here, we showcase the three finalists for this year’s award in alphabetical order. The winner will be announced at the Academy Awards Dinner on 16 July 2015.

High-pressure oil-hydraulic power transmissions are tough and cost-effective, with superior power-to-weight ratios compared with their electric counterparts. However, their traditional shortcomings – low part-load efficiency, slow control response and high-frequency noise – have until now excluded them from many markets, including wind energy.

Artemis’ Digital Displacement technology replaces the analogue mechanisms of conventional machines with solenoid-operated valves, controlled on a stroke-by-stroke basis by an embedded computer. 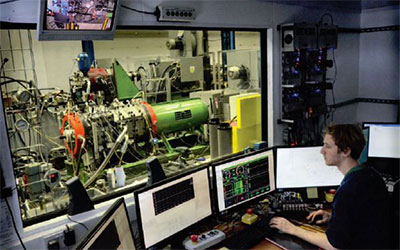 Testing the performance of a 1.5 MW Digital Displacement® motor

At the heart of Artemis’ system, the slowly revolving wind-turbine rotor drives a pump in which one or more multi-lobed ring-cams is surrounded by a bank of cylinders. The combination of multiple lobes and multiple banks massively increases the amount of oil that can be pumped by the slowly rotating rotor. The resulting high-pressure oil is fed to one or more high-speed hydraulic motors, each of which drives a separate synchronous generator running at constant grid frequency.

In order to develop all aspects of this technology in house, Artemis assembled a multidisciplinary team of engineers and built a range of test rigs that extended from tens of kilowatts up to four megawatts. In the process of refining high-speed valves, rotating machines, electronics, embedded software and control systems, the company has registered over two hundred patents.

Artemis grew out of wave energy research at the University of Edinburgh. With a vision of addressing megawatt-scale challenges in the real world, the founders began with a 1.5 kW demonstration unit. A number of industrial partners were then found to help fund projects including a 50 kW pump for mobile equipment and a 200 kW car transmission, with other support coming from government agencies.

The success of a 1.6 MW wind transmission convinced Mitsubishi Heavy Industries to acquire Artemis in 2010, in order to scale up its technology to the 7 MW offshore wind turbines now deployed in Scotland and Japan. In the process, Artemis has grown to a turnover of £3.8 million in 2014. Artemis remains a UK company and employs 50 staff, with the manufacture of the critical valves and control systems all being undertaken in the UK.

The Sienna+ and Sentimag system identifies lymph nodes that could signal the spread of cancer by combining an injected nanoscale magnetic tracer and an instrument to detect its location.

Cancer healthcare company Endomag has developed a new clinical platform that uses safe magnetic fields to evaluate the possible progression of breast cancer. By combining a magnetic tracer and a detector, the company has developed a medical technology that simplifies the diagnosis. The first products commercialised from this platform – Sienna+ and Sentimag – remove barriers to confirming whether cancer has spread.

Endomag’s approach replaces traditional radioactive isotopes. Following an injection of Sienna+, surgeons use the Sentimag handheld probe to locate the lymph nodes that would signal the spread of cancer – the ‘sentinel’ nodes. Surgeons then remove and analyse these nodes to look for metastases, providing oncologists with the information they need to manage the disease.

Endomag has developed rapidly since 2007 as a spin-out from University College London and the University of Houston, Texas. A significant early challenge for the company was to develop an instrument that could detect less than a milligram of magnetic nanoparticles 3 cm deep in body tissue. 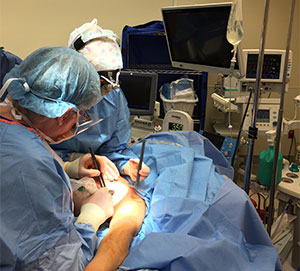 The company’s original prototypes relied on cryogenically cooled superconducting sensors to locate the nanomagnetic particles in the body. The sensors were impractical for operating theatres, but promising clinical results attracted investment. By 2010, Endomag had quickly developed the Sentimag. The Sentimag is the world’s most sensitive handheld sensor of magnetic susceptibility – a measure of the degree to which a material responds to a magnetic field.

Since its first sales late in 2012, hospitals and clinics across Europe, the Middle East and Australia are now using over 200 Sentimags. Endomag plans a US launch in 2016.

Following its first sales, Endomag has maintained triple-digit annual revenue growth and expects to exceed £2.5 million for the year ending April 2015. The company is a model of capital efficiency, with only £7 million invested to date, alongside £400,000 of grant funding, which includes backing from the UK’s Technology Strategy Board.

BENEFIT TO THE COMMUNITY

The Sienna+ and Sentimag system has already treated more than 5,000 breast cancer patients. The sentinel lymph node biopsy procedure has become the standard of care for the management of breast cancer. The Sienna+ and Sentimag system has also shown promise in a variety of other cancers, such as melanoma, prostate, endometrial, colon, thyroid, and head and neck.

While a big selling point for surgeons is being able to set their schedule independently of radiologists, Endomag’s technology now makes the procedure available to patients who do not have access to the radioisotope technique.

Among other awards, the European Technology Platform for Nanomedicine presented the company with its inaugural Nanomedicine Award in 2013.

APTIV is a high-performing thermoplastic film that acts as an acoustic diaphragm to enhance high quality sound in smartphone speakers and as an insulator in aircraft.

The development of APTIV film builds on Victrex’s 35 years’ experience working with polyaryletherketone (PAEK) polymers. Less than 10 years after its introduction, the highly adaptable APTIV film has become the material of choice for speakers in smartphones. The material is also widely employed in the aerospace industry, where it has replaced metal in some applications and is used in the manufacture of lightweight insulation adopted by over 5,000 commercial aircraft. Among a growing portfolio of applications, the film is also used in the automotive and energy industries.

The APTIV success story originates from Victrex´s understanding of how to make and process high-performance PAEK polymers, and its application across industries. This has allowed the company to develop its production techniques to make APTIV films of a quality and thinness never achieved by its competitors. Victrex’s success is the result of a combination of chemical refinement, painstaking process engineering and intensive R&D. The resulting versatile film has a unique combination of properties that provides high temperature performance, mechanical strength, chemical resistance, electrical insulation, wear and abrasion resistance, and low moisture absorption. 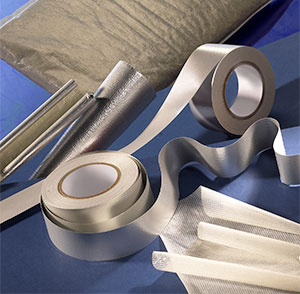 Launched in 2007, the thin and durable film is extruded at temperatures of up to 400°C, higher than most thermoplastics and beyond the temperature range of off-the-shelf industrial machinery. APTIV’s bespoke production line has pushed the capabilities for film beyond what is achievable with conventional equipment. Originally specified to deliver film of a minimum thickness of 25 micrometres, Victrex now uses the same line to produce acoustic grade APTIV down to three microns thick, about 1/30th of the thickness of a human hair. Production has to work to tight tolerances to deliver materials with consistent acoustic properties.

APTIV film was first adopted in speakers in a single small application in 2007. This quickly became the benchmark for smartphone speakers and today, nearly 70% are made with APTIV. This represents over a billion devices across all the major makers of smartphones. Since 2008, the widespread adoption of APTIV film in speakers has produced double-digit annual sales growth, resulting in further investment and the opening of a second, larger APTIV production line during 2014.

BENEFITS TO THE COMMUNITY

VICTREX PAEK-based solutions contribute to reducing the carbon footprint. For example, brackets for keeping cables in place, made of the high-performance polymer, weigh up to 70% less than traditionally used metals – and they perform well, providing equivalent strength and stiffness. The weight savings result in fuel savings and as a consequence in reduced CO2 emissions. Victrex´s overall sustainability targets to 2023 aim to save more CO2 in the aerospace and automotive sectors than the company will produce itself. In addition, Victrex recycles and re-uses film scrap on its Thornton-Cleveleys site in Lancashire, minimising waste. Recent products for electronic applications use up 50% less film than earlier generations, reducing resource consumption further while simultaneously offering higher customer value.