The Silver Medal award was established by the Royal Academy of Engineering 22 years ago to recognise outstanding personal contributions by early- or mid-career engineers that have resulted in successful market exploitation. The winning entrepreneurs were selected from a long list of nominations, drawn from many areas of contemporary engineering.

Dr Susannah Clarke is the co-founder and director of Embody Orthopaedic, a spin-out from Imperial College London. Embody is pioneering a new type of 3D-printed technology that is helping to revolutionise the making of joint replacements. 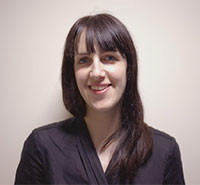 After studying for an engineering degree at Cambridge, Dr Clarke went to London’s Royal College of Art to undertake a masters in industrial design engineering. It was here that she developed an interest in medical device design, which led her to complete a PhD in orthopaedics at Imperial College London. She looked into why hip replacements fail and found that the most common reason was that they were poorly positioned. Working at Arup and Finsbury Orthopaedics, before helping found Embody in 2012, Dr Clarke came up with the idea of using a 3D-printer to produce fully customisable positioning instruments cheaply, at the click of a button.

In England and Wales, there are approximately 160,000 total hip and knee replacement procedures performed every year. Current instrumentation is standardised, using a one-size-fits-all approach, despite the fact that bone shape and size can vary widely between individuals.

Each instrument produced by Embody is designed specifically for a single surgical intervention and printed in nylon, a low-cost, robust material that can be readily sterilised. The device assists surgeons to position joint replacements precisely, improving functional outcomes, reducing the risk of revision of the implant, and improving recovery times.

Based at the Musculoskeletal Laboratory at Charing Cross Hospital, Embody has four full-time employees and other scientists and engineers working on a contract basis. In 2012, Dr Clarke was recognised as one of the country’s most promising engineering entrepreneurs with an Enterprise Fellowship from the Royal Academy of Engineering.

Dr Clarke is working on implantable devices that, following clinical trials, should be available to market in the next five years. Under her leadership, Embody has provided customisable instrumentation in over 400 surgical procedures. Now the company aims to deliver a fully tailored joint replacement process, from surgical planning to recovery. This will allow surgeons to upload patient scans and trial different surgical scenarios preoperatively. In the next decade, Dr Clarke intends to apply the technology in other fields such as maxillofacial, cardiovascular and dental surgery.

Dr Don Syme has been Principal Researcher at Microsoft Research in Cambridge since the late 1990s, bringing improvements in programming languages to developers. His language designs and the programs which use them have been used by billions of users via desktop applications, mobile apps and web sites alike.

Dr Syme first made important contributions to the popular C# programming language between 1999 and 2005. He introduced the feature known as ‘.NET Generics’ which allows programming code to be more easily reused, which in turn makes programming more productive, faster and easier than previous efforts, maintaining dynamism, safety, performance and accuracy.

He then developed the F# language, which reached version 4.0 this year. F# is known for being a clear and concise language that interoperates well with other systems. It is used in applications as diverse as analysing the UK energy market and tackling money laundering.

F# is both cross-platform and open source, including innovative features such as unit-of-measure inference, asynchronous programming and type providers, which have in turn influenced later editions of C# and other industry languages. 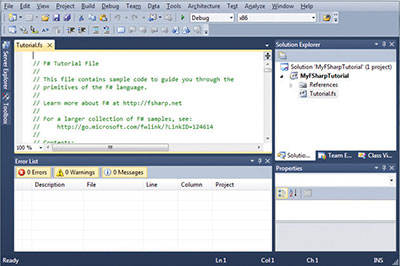 Dr Syme credits the open-source community for major contributions to F#, especially version 4.0, which will be officially released later this year

Dr. Syme has also contributed to the field of software verification. His PhD examined techniques known as declarative theorem proving, and variations on these techniques are now widely used in semi-automatic theorem proving systems such as Coq and Isabelle.

More recently, Dr Syme has tackled the growing problem of the scalable integration of data and metadata into programming languages. The growing importance of big data and cloud computing has meant that Dr Syme has focused F# with constructs particularly suitable to scaling and information integration.

In recognition of his achievements, Dr Syme has reached the acclaimed ‘Partner’ level at Microsoft Research. He is also an active presence in the UK developer and research communities, giving regular lectures to both academia and industry.

Dr Andy Ward is the inventor of an indoor location system that is helping to make car factories smart. Originally inspired by the different uses that radar was put to after World War II and the unreliability of GPS indoors, he was an early proponent of ultra wideband (UWB) radio for accurate in-building positioning. 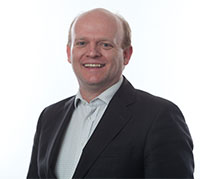 After receiving a PhD in Sensor-Driven Computing from The University of Cambridge in 1998, Dr Ward worked for five years in industrial research at AT&T Laboratories Cambridge – formerly the Olivetti Research Laboratory. Here, he led a team developing novel location sensor systems, producing papers that have since been cited several thousand times.

He co-founded Ubisense, a location intelligence provider, in 2002, to develop a solution that could track individual items in a factory and automate the processes between them.

A major application of this technology is the management of tools used to build cars. The positioning system automatically configures each tool with the correct settings for each particular car being worked on. Removing the need for production line workers to make changes manually for each product allows quick and easy customisation, improves productivity and reduces human error.

Location systems are also used to track parts and people with mobile tags that transmit 6-8GHz signals to fixed sensors that contain arrays of UWB receivers. UWB transmissions use very short pulses compared to other radio signals; they can pinpoint objects to around within 15cm in buildings, from distances up to 150m. As the company’s Chief Technology Officer, Dr Ward has seen Ubisense’s location system deployed in large automotive companies such as Jaguar Land Rover, VW, Tesla, BMW and Honda. In 2014, the company achieved total revenues of £35.1 million.

Although the automotive industry is the biggest user of Ubisense’s technology, it does have alternative uses: it has also been used to track opera singers at the Royal Albert Hall.