Robotics and autonomous systems - affecting everything that moves

A revolution in smart machines will affect all sectors of the UK economy and our personal lives. Professor David Lane CBE FREng, Founding Director of the Edinburgh Centre for Robotics and lead author of the RAS2020: Robotics and Autonomous Systems strategy, argues that the UK has made a promising start in leading technology and skills development, public understanding and the development of ethical frameworks, but there is more to do.

At the State Opening of Parliament on 18 May 2016, the Queen’s Speech contained the memorable phrase: ‘My ministers will ensure the United Kingdom is at the forefront of technology for new forms of transport, including autonomous and electric vehicles.’ Such a statement demonstrates how the government has recognised the importance of this robotic technology to the future of our economy and society, and has made a commitment to put the UK at the forefront internationally. 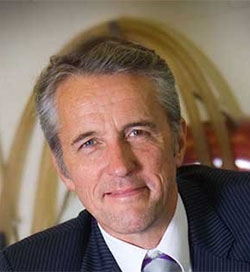 There’s a revolution happening around us and all over the world. Smart, connected machines or robots, making independent decisions and even learning, are emerging from research tools into practical applications (‘Autonomous systems’, Ingenia 65). Autonomous and semi-autonomous cars on our streets are only one example. Other robotics and autonomous systems (RAS) include manufacturing systems that can personalise designs and reconfigure on the fly; robotic fulfillment centres that assemble, package and dispatch goods ordered online; drones that deliver packages, or map, inspect and repair offshore oilfields and nuclear facilities; assistive exoskeletons to help us move and lift; and interactive companions for the elderly and isolated. In the same way that the information and communications (ICT) revolution affected everything that uses data, the RAS revolution is changing everything that moves.

It’s happening now, and globally, for two reasons. First, silicon has been mastered to the point where a chip can hold enough processing power to run computationally intensive tasks at real-world rates. Second is productivity. Nations all over the world have recognised that these smart machines can make people more productive, and give economies and organisations a competitive edge. A global race has therefore emerged to determine who will lead on the development and application of these technologies, to reap the economic benefits, to ensure security and to lead in responsible innovation.

The heart of this revolution is the software that ‘makes dumb-iron smart’. As number two in the world for programmers, coupled with strong traditions of algorithmic expertise from its world-class science base, the UK is well placed to be an innovation leader in smart machines.

For these reasons, in 2013, Lord Willetts, then Minister for Universities and Science, included RAS as one of ‘eight great technologies’ with potential to support jobs and growth, and commissioned a Special Interest Group to review the UK landscape and develop a strategy. Published in the summer of 2014, the strategy proposed competitions to build and demonstrate useful RAS, running in environments where it can be made safer and where the public can be engaged in their use. The strategy also highlighted the need for the government to create the best international regulatory environment and standards, alongside measures to coordinate government and industry activities, promote innovation clusters and invest in skills development at all levels.

To date, the strategy has guided over £200 million of government investment in research, training and innovation, including four research centres for doctoral training, capital equipment, and the Centre for Connected and Autonomous Vehicles, which is run jointly by the Department for Transport and Department for Business, Innovation and Skills. RAS innovation clusters (regional groups that work together on initiatives and projects) are now emerging in Bristol, London, Oxford, Southampton, the North West and Edinburgh.

However, the adoption of RAS brings change. Labour markets will adapt as RAS work alongside us, reducing human involvement in dull, dirty and dangerous tasks. There could be short-term layoffs and redundancies; however, historical precedent of similar technological evolutions (such as looms, motorcars, ICT) shows the net effect on employment will be positive in nations that embrace these changes. The creation of new jobs and the inevitable lay-offs point to the need for training in schools, apprenticeships and universities, for access to mid-life re-training, and support for innovation schemes.

Building public consensus and support is essential in establishing trust for any adoption. The public currently perceives possible threats to employment, and loss of privacy and control through adoption of RAS. Ethical and legal frameworks are also required where RAS and artificial intelligence (AI) systems are making decisions with consequences for people. Efforts to develop these frameworks are starting, and critically involve engineers, social scientists, lawyers, ethicists and journalists working together. The public narrative to date has not involved all of these stakeholders properly, driven more by Hollywood fiction than engineering reality, and some correction is needed. The demonstrations of autonomous cars, or pods, using prepared public spaces in Milton Keynes and Greenwich this summer will be instrumental in developing this narrative.

Although the UK has made a promising start, other nations are not standing still. The USA, Germany, South Korea, Japan and now China have active programmes to develop RAS. The UK cannot afford to be complacent, and must maintain its momentum to be globally competitive. Examples of next steps include further development of test-beds (or living labs) for de-risking (proving the product works, thereby reducing commercial risk and increasing customer trust) and social experiment in sectors beyond transport; mapping of value chains to understand disruptions and where opportunity lies; and linking to established work on cyber security to prevent unsafe operation through hacking.

To make this a reality, government and industry must continue to work together, creating new business from the UK’s world-class RAS research and training base and defining new requirements, further refining regulations and standards for use, to make the UK the go-to place for international investment. This could be achieved through a leadership body or dedicated organisation that can coordinate relevant research activities to drive RAS innovation and target both public and private support. Start-ups will need to build relationships with, and work alongside, larger companies and government to support good business models and work towards useful end products that can be marketed.

McKinsey has estimated that RAS will have an economic impact of between $1.6 and $6.4 trillion by 2025. By fully embracing robotics now, the UK can lay claim to its share and compete globally. Standing still would simply hand the market to others.

Professor David Lane CBE FREng is Founding Director of the Edinburgh Centre for Robotics, a £35 million joint venture between Heriot-Watt and Edinburgh universities. He is a former CEO and Founder of SeeByte Ltd/Inc, a multimillion dollar UK/US company in defence and offshore markets. In 2013/4, he led development of the UK’s national robotics innovation strategy, which has influenced over £200 million of government spend to date, and was a Director of euRobotics AISBL.