Within little more than a decade, access to fast and affordable broadband communication has gone from being a luxury to an essential part of modern life. Dr David Cleevely CBE FREng, founder of several telecoms businesses, maintains that any strategy to deliver universal broadband has to jump from a high cost/low demand model to low cost/high demand.

Back in 1998, BT was preparing to rollout the ADSL (asymmetric digital subscriber line) technology that would bring the UK into the broadband era, with download speeds of a staggering 512 Kbps (kilobits per second). BT had identified the first 400 exchanges for the new technology, but Cambridge was not on the list. Fortunately, we persuaded the Prime Minister to announce the government’s new policy on e-commerce at an event in Cambridge, and BT agreed that it would look better if the city was on the list. I quickly realised that companies such as BT did not fully understand the markets they served, especially with something as new as broadband. Cambridge had many potential users of broadband, but BT’s models didn’t recognise them nor that the city would spawn many businesses that depend on broadband communications. 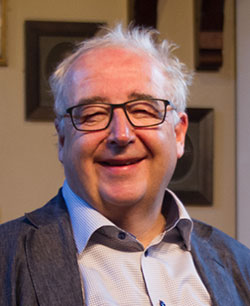 At the time, I realised that demand, and not just cost, is a crucial factor in the take up of broadband; doubling the number of customers in an area almost halves the cost per connection so if the aim is to deliver affordable broadband, just increase the number of people who want it. To demonstrate that there was a demand, I persuaded BT and the local regional development agency to allow people to pre-register an interest in broadband. This turned into the first campaign involving local volunteers throughout East Anglia, and then the rest of the UK, who signed up enough potential customers to convince BT that it would be cost effective to supply them with ADSL broadband.

Connecting Cambridgeshire, an organisation that I advise, which is working to ensure that businesses, residents and public services can make the most of opportunities offered by a fast-changing digital world, recently ran a similar campaign. With more than 100 ‘broadband champions’ in villages and towns throughout the county, suppliers could bid in the knowledge that there was enough demand to make the service economically viable. As a result, the county has perhaps the most cost-effective extensions of fast broadband to underserved areas in the UK.

Insights into how the market works can also provide other opportunities to accelerate deployment of broadband. Providers respond to threats as well as to opportunities. If a competitor might take market share, and make a location economically unviable, then incumbent businesses could justify more investment to prevent that.

At the beginning of ADSL, my company, Analysys, designed and helped run a series of competitions for the lowest subsidy to provide broadband. When BT bid ‘zero’ at an exchange (deciding that it would not take any subsidies), often at the last minute, we took the subsidy on to the next exchange. Within two years BT had announced a target of 90% coverage for the UK. We should be more creative in using this kind of approach to close the ‘broadband gap’, a concept that we invented back in 2000 and that changed government thinking on the issue. We should jump from a high cost/low demand equilibrium to low cost/high demand.

There is another example of where theory and reality diverge to the detriment of consumers of communications. Operators of mobile telephone networks, for example, have many ‘not-spots’ in their networks where customers cannot make calls: publicising these isn’t good for business. The answer here is to make not-spots public knowledge and to ensure that operators who do provide a service enhance their reputation and gain customers, and vice versa. That is why in Cambridge, we have launched the Cambs NotSpotter Campaign, where participants use the OpenSignal app on their smartphones to record mobile coverage. We also use the Think Broadband website to run regular speed tests on broadband. In this way, Cambridge ‘crowdsources’ the knowledge that it needs to persuade operators to plug gaps in fixed and mobile coverage across Cambridgeshire.

Then there are insights to be gained from understanding the cost structure of telecoms networks. Most of the cost of installing broadband is in civil works, such as trenching, which does not require specialist telecoms providers. I have rarely seen this approach used in policies to enable lower cost broadband but there are some spectacular examples of how this can work. Some rural communities have been building their own broadband networks, such as Tove Valley Broadband in Northamptonshire, where a local drainage contractor dug trenches and a specialist company laid the fibre-optic cables (see pages 18 to 26).

Finally, there are organisations that combine both demand and supply. For example, B4RN (Broadband for the Rural North), a non-profit community project, provides gigabit connectivity for £30 a month. By creating a business involving potential customers as volunteers and local landowners as community members, these bodies can provide faster broadband more cost effectively than conventional suppliers.

Broadband is not a luxury, it is essential for everyone and for all economic and social activity. It is possible, with surprisingly low budgets, to bring broadband and mobile connectivity to people who need it, as long as we recognise that communities can play as much a part as communications companies, that we should not blindly assume that there is only one way to supply connectivity, and that there are ways to encourage sustainable cost-effective supply without vast subsidies. A more enlightened approach to radio spectrum in rural areas would help and would encourage competition and better supply of connectivity in places that are hard to reach.

So instead of concentrating on procurement and the supply side, it is time for fresh thinking about how we enable everyone to get connected. We need many more not-spot campaigns and more broadband champions. Above all, we need policies that use insights about demand, costs, supply, information, regulation and competitor behaviour to accelerate broadband rollout.

Dr David Cleevely CBE FREng is Chairman of the Board of Trustees of the Raspberry Pi Foundation, Chairman of Raspberry Pi (Trading) Ltd., and Founding Director of the Centre for Science and Policy at the University of Cambridge. Dr Cleevely has been involved in the start up and running of a number of technology businesses including Analysys Mason, 3WayNetworks, Controllis and Abcam, and networking organisations including Cambridge Wireless and Cambridge Network.

The Royal Academy of Engineering Silver Medal recognises outstanding personal contributions by early- or mid-career engineers that have resulted in successful market exploitation.