What role for biofuels in low-carbon UK transport?

Biofuels have a role to play in meeting the UK’s commitments to reducing climate change. Professor Adisa Azapagic FREng, Professor of Sustainable Chemical Engineering at the University of Manchester, sets out why biofuels made from wastes and by-products in different sectors are particularly important to these efforts.

The mobility of people and goods is a key enabler of all social and economic activity. However, mobility comes at an environmental cost, including emissions of greenhouse gases (GHG) and related climate change impacts. With the UK Climate Change Act committing us to carbon reductions of 80% (on 1990 levels) by 2050, the transport sector needs to play its role in decarbonising our economy.

The quickening pace at which passenger transport is being electrified is a significant development that will likely be accelerated by recent government plans to ban the sale of new diesel and petrol cars by 2040. Provided we can decarbonise electricity generation – and build enough power stations to cope with the ‘electric revolution’ – this should prove a positive step. However, the electrification of passenger vehicles on our roads will take years and hybrid vehicles are likely to feature heavily in passenger transport, with liquid fuels continuing to play a role as a range extender. Perhaps more crucially, transport is much more besides just passenger road transport: aviation, shipping and haulage are all significant parts of the transport system. They have much more limited options for low-carbon energy so will have to rely heavily on liquid fuels for the foreseeable future. This all points to a need for low-carbon liquid fuels. 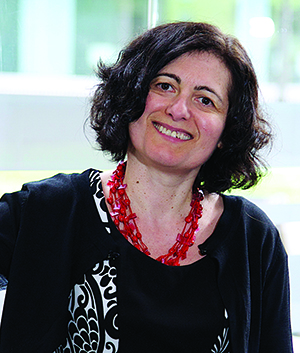 To address this issue, the EU Renewable Energy Directive (RED) introduced mandatory targets for member states to ensure that a 10% share of transport energy is from renewable sources by 2020. In the UK, the RED is implemented through the Renewable Transport Fuels Obligation, which mandates a total supply of biofuels in road fuel sales. Currently, this is sitting at 4.75% (by volume), some way off the 10% target.

Biofuels are liquid fuels derived from different biomass feedstocks. These include food and feed crops (such as corn, wheat and sugar cane), energy crops (such as willow and Miscanthus) and biodegradable wastes (such as agricultural, forestry and food).

However, since the introduction of the RED, biofuels have been dogged by controversy and their sustainability has been questioned. Principal among the sustainability concerns include:

• Socioeconomic impacts of diverting food crops into fuel production, including food security in some parts of the world.

• Indirect land-use change (ILUC): a change in the purpose for which land is used occurring indirectly as a result of the need to grow more biofuel crops elsewhere to satisfy pre-existing demand for food, feed and other agricultural products. Among other effects, this increases GHG emissions since soils and vegetation contain large stocks of carbon that, when disturbed, can be oxidised and released to the atmosphere as carbon dioxide. While direct conversion of previously uncultivated land for the production of biofuel feedstocks is prohibited by the RED, ILUC is currently not regulated.

I recently chaired a study by the Royal Academy of Engineering, requested by the Department for Transport and Department for Business, Energy and Industrial Strategy (previously Department of Energy and Climate Change), which conducted a comprehensive review of the sustainability of biofuels and the methodologies by which this is assessed and accredited. So what did the report find in relation to the concerns above?

On the ‘food versus fuel’ issue, the review concluded that the notion that biofuels production competes directly with food production is at best an oversimplification. Provided there are mechanisms for prioritising food markets when needed, the addition of a biofuels market can actually benefit the agricultural sector, providing an extra incentive to plant crops and diversifying farmers’ income, investing in process efficiencies and crop yields, and improving the infrastructure. This is not to say that the potential for competition with food does not need to be carefully managed, especially in areas of the world that experience food scarcity; however, it is rarely a black and white choice between food or fuel.

The report also found that ILUC caused by biofuels from food crops is a legitimate concern; it has almost certainly occurred and when it does, it can significantly increase the carbon footprint of biofuels. The tricky part is establishing the causal link between the production of biofuels from a food crop in one part of the world and an increase in production from newly converted land in another. However, since these concerns have come to light, much work has gone into understanding indirect market effects from biofuels demand and identifying the biomass feedstocks that pose a risk of ILUC. We have also seen a move in biofuels policy away from food crops towards using wastes and residues for biofuels production. As a result, almost 60% of biofuels supplied in the UK are now produced from wastes and non-agricultural residues. These include waste from the food and drink sector, with used cooking oil from restaurants and the catering industry being a predominant feedstock. Other examples include tallow and sewerage oils and greases while, in the future, there are opportunities to produce biofuels from agricultural and forestry residues.

Based on the findings in our report, we ultimately conclude that the UK government can and should increase the levels of biofuels required in our transport fuels. However, some crucial steps must be taken to adequately manage the risks involved. Key among these are:

• Avoiding over-incentivising biofuels from food and other land-based crops (and the associated risk of ILUC) by:

– setting a cap on the supply of all crop-based biofuels
– continuing to incentivise the development of biofuels derived from, in the first instance, wastes and agricultural, forest and sawmill residues, followed by dedicated energy crops.

• Strengthening the current audit and accreditation schemes by:

– ensuring the full traceability of waste feedstocks to verify that they are genuine wastes and not diverted from some other, more valuable use
– ensuring that all relevant socioeconomic impacts are fully considered and addressed.

An uplift in biofuels production will enable industry to build on its existing capacity in order to develop the advanced, low-carbon fuels needed in key sectors, such as aviation, shipping and haulage. In short, provided the necessary steps laid out in the report are taken, biofuels can and should play a role in a low-carbon future for UK transport.

Adisa Azapagic FREng is Professor of Sustainable Chemical Engineering at the University of Manchester. Her research focuses on applying principles of sustainable development and lifecycle thinking in industrial practice. Adisa chaired the Academy’s study referred to in this article.