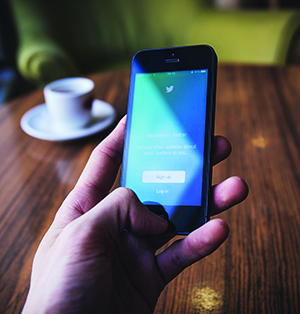 Rob studied electronic engineering at Imperial College London, and was the first engineering employee at the Raspberry Pi Foundation, while Zehan completed a PhD in visual information processing for medical image analysis at Imperial College London’s Department of Computing. The pair met at Entrepreneur First, an investment programme for enterprising engineers and technologists, where together they spotted the opportunity to use the newly available computational capacity of mobile devices to improve the quality of compressed media content.

Their technology uses deep learning algorithms that predict what information has been lost in a compressed video and can then reproduce it to reconstruct high-quality footage, even when the media has been transmitted at a low bit rate. The machine-learning models used in the technology have been trained using thousands of pairs of test images, each with a high-quality and corrupt version of the same image. The software then learns how to recreate the image from the corrupt version, which can then be used in the real world when only the corrupt version is available.

Magic Pony Technology was acquired by Twitter in 2016, and its engineers have now joined Twitter’s Cortex division of machine-learning researchers, with the potential to apply their expertise to future problems in delivering high-quality media to increasing numbers of people. 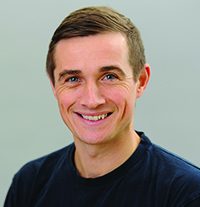 Billy Boyle is CEO of the Cambridge-based company Owlstone Medical. He invented a programmable ‘breathalyser’ for disease that he hopes will save 100,000 lives and $1.5 billion in healthcare costs. 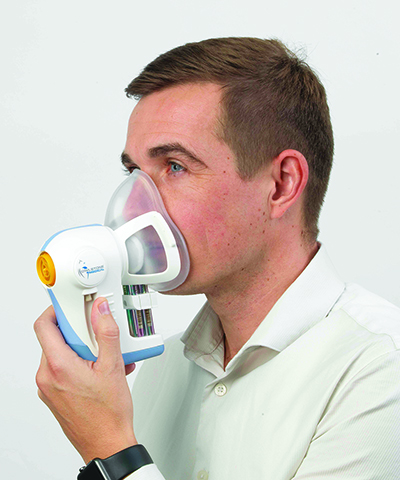 Billy initially developed the chemical sensor for military applications when working as a researcher at the University of Cambridge. With two colleagues, he entered a student business plan competition where they were runners-up, but managed to secure $2 million of investment to start Owlstone in the months following the competition. Owlstone Medical span out of its parent company in 2016. It now has 88 employees and has raised $23.5 million to develop its healthcare technology.

The Breath Biopsy platform enables breath to be collected and analysed using a chemical sensor on a silicon chip, based on a technique called field asymmetric ion mobility spectrometry (FAIMS). Human breath contains thousands of chemicals, some of which are tell-tale markers of disease that the microchip chemical sensor can detect. Billy has demonstrated the diagnostic power of FAIMS across a range of infectious and inflammatory diseases, as well as different types of cancer.

In 2015, he led a project that resulted in a 3,000 patient study, aiming to develop a cancer breathalyser for early stage lung cancer detection, supported by a £1.1 million NHS contract. Owlstone Medical is currently running breath-based clinical trials for early detection of lung and colorectal cancer, two of the most common and difficult to treat cancers.

The Breath Biopsy platform has the potential to revolutionise early detection and precision medicine where treatment can be tailored to the individual patient. 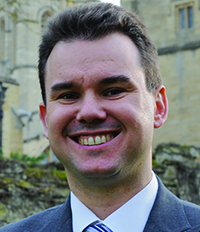 As co-founder of OrganOx (‘Organ transplant breakthrough’, Ingenia 66), Professor Constantin Coussios has led all engineering aspects of the development of the world’s first normothermic liver perfusion device. The OrganOx is capable of storing livers at normal body temperature for extended periods of time to achieve improved organ preservation and utilisation prior to transplantation. 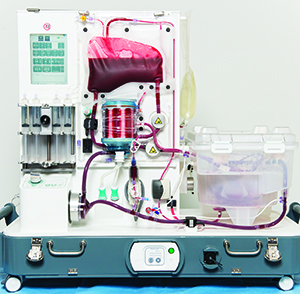 The OrganOx metra can store a functioning liver at body temperature for 24hours, allowing longer time for a suitable patient to be matched

In 2013, the OrganOx metra was used in the world’s first transplant of a human liver preserved at body temperature, known as normothermic preservation. It has since been used in more than 240 transplants in seven countries and has demonstrated better organ utilisation and improved transplant outcomes compared to conventional cold storage. It can store a functioning liver outside the body for up to 24 hours, improving transplantation logistics for medical practitioners and patients. The system also monitors the organ while preserving it, providing reassurance that organs, especially those that are higher risk, are functioning properly before being transplanted.

OrganOx now employs some 20 people, and the OrganOx metra is in use across the NHS, where it was instrumental in more than 10% of NHS liver transplants in 2016. It is also being used in hospitals in Belgium, France, Germany, Spain and Canada, and is undergoing a major trial to enable its introduction into the USA.

The next stage for OrganOx is to extend its method to other organs, such as kidneys. The team is aiming for its first normothermic preservation kidney transplant next year. Professor Coussios is also working on improving other medical treatments, such as using tiny bubbles to help pump cancer drugs deeper into tumours to maximise the drug’s effectiveness and how this technology could be used to deliver other drugs such as vaccines and gene therapies. 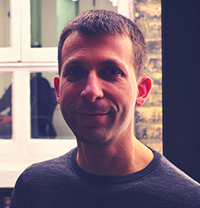 Dr David Silver is Principal Research Scientist at DeepMind, where he leads the reinforcement learning research group and is the lead researcher on AlphaGo, the first computer program to be able to play the ancient Chinese game of Go at a professional level. Deepmind has made pioneering breakthroughs in artificial intelligence (AI), and focuses on developing AI that learns to solve problems through trial and error.

Dr Silver joined DeepMind in 2013, and began work on the Deep Q-network algorithm (DQN). He then led a team of over 20 scientists and engineers to develop AlphaGo, which famously defeated the reigning Go world champion at the time, Lee Sedol, in March 2016 in an event watched by 200 million viewers. 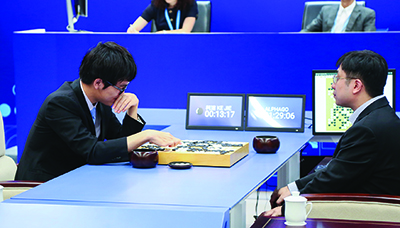 World number one Go player Ke Jie competes against AlphaGo at the Future of Go Summit in Wuzhen, China © Google

Dr Silver’s research on DQN, a deep reinforcement learning agent, managed to reach human level in a selection of over 50 Atari games, directly from raw pixel inputs. This was the first demonstration of an artificially intelligent agent that could learn from scratch to achieve high performance across a wide variety of challenging games.

DeepMind’s teams are focused on advancing its mission to solve intelligence and pushing the boundaries of AI by developing programs that can learn to solve any complex problem without needing to be taught how.

How I got here - Lucy Harden