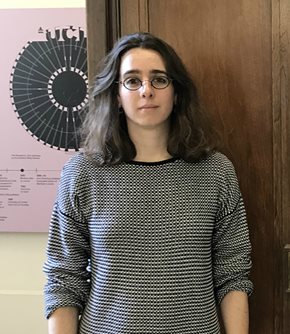 Dr Jade Alglave, a computer scientist at UCL and ARM Ltd, has developed an innovative mathematical method of specifying computer memory models, an associated language, and software tools for writing and experimenting with the models. Her work has influenced chip designs at major companies including IBM, ARM, AMD and NVIDIA.

She focuses on concurrent programming, which is the process that enables separate components of a computer program to run at the same time, an important function in high-performance computing.

It has led to the development of new techniques to model the behaviour of multiprocessors, which helps to overcome the difficulty of finding bugs in concurrent programs.

Dr Alglave’s work provides engineers with tools to innovate rapidly during the development of a concurrent system, but can also diagnose problems and bugs in existing systems. It has guided the development of formal models for computer hardware and software, and she has made memory models for various companies. One of these companies is the Heterogeneous System Architecture Foundation, which is an industry standards body comprising several major companies. Dr Alglave’s model is part of its documentation and is being used to define the industry standard. 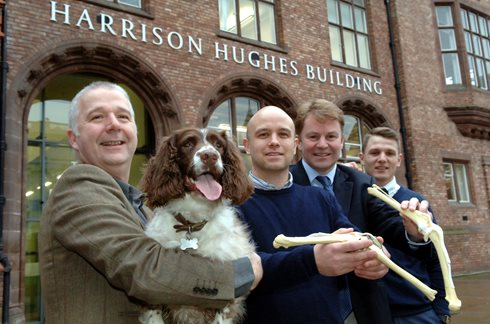 Professor Chris Sutcliffe (far left) has developed 3D-printed metal implants to treat patients who have experienced trauma or debilitating joint diseases of the hip, knee or spine. His innovation helps to treat thousands of patients each year.

The bone-integrating implants use 3D printing to mimic bone tissue, which enables rapid integration between the implant and the bone and provides far better long-term performance and stability than traditional designs.

He has been instrumental in creating the implants, establishing the computer-aided design (CAD) software used to develop the structures, developing equipment needed to produce materials that are strong and porous enough to be used in production, and devising a way to measure the biological performance of the implants. Professor Sutcliffe also developed the hardware used to process the titanium powder that is used to print the implants.

He has successfully commercialised the research through a partnership with Stryker Orthopaedics, which includes the launch of five families of implants for Stryker’s joint replacement and spine franchises. He is also the founder and director of Fusion Implants, which uses the same bone integrating technology to produce veterinary implants for the treatment of musculoskeletal disease and injury in animals. 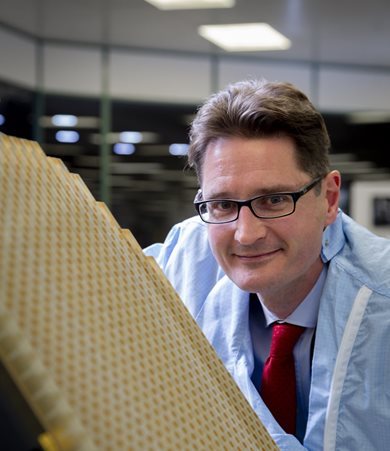 Dr Iain Scott has made a significant contribution to the development of radar technology, one of the most crucial technologies of the modern world.

Following a PhD at the University of Edinburgh, which focused on radar signal processing, he joined engineering company Leonardo. There, he was heavily involved in its Vixen-E family of Active Electronically Scanned Array (AESA) airborne radars. These radars use multiple transmitters to send out and measure the reflection of radio waves to determine the distance and speed of targets. Individual control of these transmitters enables simultaneous functions ranging from surveillance and fire control to advanced data
link communications.

These developments have made huge progress in the performance, reliability and capabilities of radar, but still faced problems around its narrow field of view. This was overcome with the development of the Raven ES-05, which uses a repositionable antenna to provide a complete forward hemispherical scanning ability, providing aircraft with far greater situational awareness and tactical advantage. The radar has helped to establish Leonardo as the biggest and most successful airborne radar manufacturer in the world outside the UK, with business worth hundreds of millions of pounds.

The bentonite tunnelling machine, invented by engineer John Bartlett CBE FREng in 1964, was the precursor of all the world’s tunnel boring machines for non-cohesive soils.