Collaboration is key for degree apprenticeships

Apprenticeships are often seen as a less prestigious route into engineering than university study and a degree. However, with the introduction of placements that include a bachelor’s or master’s qualification, this looks set to change. Richard Hamer, Education and Skills Director at BAE Systems, believes that closer partnership between key stakeholders presents a real opportunity to make degree apprenticeships a great success. 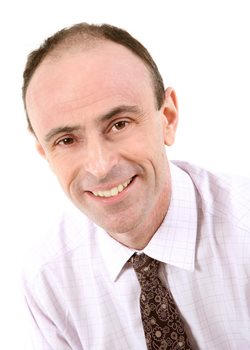 It’s disappointing that the number of people starting apprenticeships last year had fallen by over 130,000 from the previous 12 months, a drop of 25%. However, I do think that this is only a temporary glitch while companies, large and small, get to grips with the new system, one that includes the exciting possibility of degree apprenticeships, which offer both education and industry training.

Engineering has always supported apprenticeships, even when the rest of society fell out of love with them. In many respects, apprenticeships have always been a part of engineering. As far back as the Middle Ages, the apprentice worked with the master in a whole range of early ‘engineering’ fields, from smithing and swordmaking to saddlery.

Many senior engineers across the aerospace and defence sector, including BAE Systems, and more broadly across engineering chose the apprenticeship route into the profession. Many Fellows of the Royal Academy of Engineering began their careers as apprentices, including Past President Sir John Parker GBE FREng, a titan of engineering industry, who started his career as a Harland and Wolff shipyard apprentice in the 1950s (‘Engineering success’, Ingenia 48).

Of course, it was right that apprenticeships should be reinvigorated and expanded beyond the engineering sector. It is also welcome that government, the wider business community and education establishments are working together to change the perception of apprenticeships as a second-class education option to university.

However, since the early part of this decade one major requirement resulting from the new focus on apprenticeships has been to ensure that the high quality of training that is provided to engineering apprentices is replicated across the board. The introduction of shorter apprenticeships across various industries in the early 2010s, where existing employees were placed on so-called ‘apprenticeships’ of only three months did not help to present a respected and credible skills pathway. Fortunately, the government put a swift stop to these and apprenticeships are now required to be a minimum of one year’s duration. Nevertheless, to put it in context, the engineering community places even more importance on the robustness of apprenticeship routes into the profession with most apprenticeships lasting at least three years and degree apprenticeships continuing to five years.

The reform of the apprentice delivery system has, as with any major new initiative, not been without challenge, as the policies on work-based training have evolved. Some industry leaders have found the process of developing and approving new standards with the newly formed Institute for Apprenticeships (IfA) protracted and complex and, as a consequence, some apprentice training programmes have been delayed, although the IfA is now committed to a faster and more efficient approval process. Technical issues around holistic end-point-assessment have also been difficult to implement.

The recent introduction of the Apprenticeship Levy for all companies in England with a wage bill over £3 million has also faced criticism from industry leaders, who say that accessing the fund is overly complex, bureaucratic and inflexible. Business organisations such as the CBI, Institute of Directors and EEF, the manufacturers organisation, have argued that it has deterred companies from taking on apprentices. Further concerns around the maximum funding allocated for apprenticeships is disadvantaging companies in high-cost sectors such as engineering, and the three million target set by the government is prioritising short duration apprenticeships in lower value sectors. Yet despite these challenges, I believe that employers are still very supportive of the principle of apprenticeships and are looking to work with government and the IfA to address these challenges constructively and make the new system work successfully.

The recent announcements from government in the 2018 Autumn Budget are also welcome news for businesses offering apprenticeships. The increasing flexibility for large employers to transfer up to 25% of their levy funds to their supply chain businesses will do much to improve the number of young people starting apprenticeships.

In common with many leading engineering businesses, BAE Systems has long been committed to apprenticeships. We know that young people who start their careers with us will be just as good as graduates who join us several years later, and of course, the apprentices have the benefit of several years’ industrial experience. All our experience shows us that, as we invest in our apprentices through high-quality training and professional development opportunities, apprentices return this to the business through dedication, commitment and high performance in the workplace.

Recently, the government introduced degree apprenticeships as an exciting new addition to the education landscape and at BAE Systems we have embraced these opportunities fully. In the past, apprenticeships have ended at HNC, HND or Foundation degree, which are equivalent to qualification levels 4 and 5. Degree apprenticeships push on-the-job training provision a step further to include bachelor degree (level 6) and specialist master’s degree (level 7). For the first time, this enables individuals, young or old, to achieve a degree while working – combining the best of cutting-edge industry training with world-leading university education.

But are degree apprenticeships really as academically rigorous as standard, full-time university degrees? From my experienced industry perspective, I would say an adamant yes, and what’s more, I would go further and say that many of our degree apprentices outshine graduates who have come through the traditional degree route. Without the exposure to vocational, industry relevant challenges, traditional university education will always find it difficult to fully meet the needs of business. This view, shared across industry, may well lead to a very different landscape in higher education in the future – and one that is developed in partnership between higher education and engineering employers. Indeed, the Aerospace and Airworthiness Apprenticeship Trailblazer Group has, for example, worked closely with a number of universities such as Cranfield, Sheffield and Kingston to develop new standards.

Despite the difficulties, I believe that government and businesses share the same fundamental belief in the enormous value of apprenticeships to individuals, business and the economy. By working together to iron out issues the UK can continue to deliver the high-quality training that our nation needs.

The evolution of Earth observation

Satellite images have been used for many years to collect information about Earth’s natural and built environments. Developments in technology are changing how this information is accessed and being used.

How I got here - Rahul Mandal

Formula One expertise has helped develop an aerodynamic device that significantly reduces the energy consumed by supermarket refrigerators, and reduces the ‘frozen aisle’ effect at the same time.