To many engineers it is absurd to question the notion that engineering adds to our productivity. Over the past 30 years communications engineers have developed systems that deliver some 100 million more bits to your smartphone per pound spent. Lighting engineers can also point out that a modern LED lamp delivers light 10,000 times more cheaply than a candle. So, it will come as a shock to many engineers that national figures for productivity and GDP have not reflected these advances. Indeed, by some counts, these engineering developments may actually have made things worse. 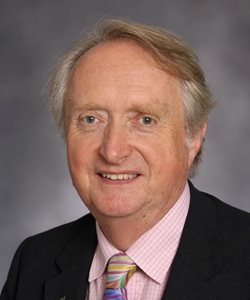 The cause of this obvious anomaly is that public statistics measure productivity not by how much product a certain amount of work creates, but by the value of that product. If the product or service has, as in the examples above, become much cheaper over time then, by that measure, it is deemed to have become much less valuable. If the decline in price is large enough, this leads to the conclusion that we have lost rather than gained from these engineering advances. This does not only affect the phone itself; if you use the phone to book a cheaper taxi or consult Google rather than an encyclopaedia you have spent less money and thus have apparently lost value. When you decide to buy a new, bigger 4K TV to replace your old small one, the new one is cheaper than the old one was when you bought it. This seems like a big engineering win but, in the eyes of the official statistics, because you have spent less, it is assumed to be less valuable to you. Things would be easy if you had been offered the two TVs at the same time at their original prices, but for a rapidly advancing product this does not happen.

To help to address this anomaly in how the UK (and others) measure productivity, a team of engineers, statisticians and economists from the Institution of Engineering and Technology, the Office for National Statistics (ONS), Ofcom, and many other places, including academics and experts from the Bank of England and the Treasury, have come together to look at these statistics. The group starts from the premise that the statistics on GDP and productivity are not in themselves wrong, but they do not measure growth in wealth, quality of life or productivity as any normal person would understand these things. You are not worse off because you have a smartphone (instead of a pair of tins and a piece of string) that connects you to a world of knowledge, even if GDP says you are.

This is not just a technicality. One recent study that set out to evaluate the potential increase in GDP that will arise from 5G communications found it to be negative. Of course, no-one believes this and 5G mobile communication will roll out anyway, but following the logic of that study could lead to many other decisions going the wrong way. However, politicians and pundits still talk about the ‘productivity shortfall’ and the apparent lack of GDP growth without noting that much of this ‘shortfall’ would disappear if we measured productivity properly.

This is not fanciful. The telecom sector alone is reckoned by some to have contributed 20% to the measured UK productivity shortfall, despite its obvious opposite effect in delivering a much enhanced ‘bang for the buck’. So a re-adjustment in terms of performance instead of price, just of this sector, could wipe out much of the apparent deficit.

Why does this matter to engineers? Because the numbers say that we are wasting our time in trying to do things more cost effectively and efficiently. Because, when deciding whether more skilled engineers or building infrastructure helps the economy, the apparently disappointing productivity and GDP growth performance could restrain investment. More profoundly, talk of productivity shortcomings is unnecessarily depressing about all of our futures and understates the improving experience that modern engineering has given us. It makes engineering look less ‘useful’ and less attractive to young people.

This issue is not new or unique to the UK: the reason it remains a concern is that it is surprisingly difficult to fix.

For many products and services, it is not easy to measure output in the way you can count loaves of bread. This is especially true where a cheap or even free modern service replaces an older one. Think for example of everyday cameras or sat navs: both are now largely replaced by functions built into smartphones. The built-in products are generally better and more convenient than the discrete devices that they replaced but at no obvious extra cost, making it hard to create a time series based on value. Although we could, in many cases, measure the gain in engineering functionality and thus ‘engineering productivity’ – think, for example, of the number and pixel count of pictures taken, or the number of journeys guided – without money as a unifying metric this could land us with the daunting task of doing a separate assessment of the productivity gains for each product or service.

The aforementioned group has been working initially with data on communications, the digital transport of electronic data by wireless, cable and fibre considered as a service including everything from voice to the internet. The advantage of this example is that the data is entirely digital, making it straightforward to count the quantities delivered, for example in bytes or bits, per unit cost. The communications industry is also closely regulated by Ofcom, which assembles very helpful statistics.

The results so far are promising. ONS is altering its ‘deflator’, which relates the price to the value, in the communications field to take account of these concerns, partially at least. The group is now moving on to consider similar issues in cloud computing services and civil engineering and construction.

The productivity conundrum is one of the most important public concerns that engineers need to address. We all need to shout about it if engineering is to be seen as the engine of our future in the way it surely is, rather than a hindrance to rising productivity. Engineers must object every time politicians and pundits talk about ‘poor productivity’. We must keep telling everybody we meet: journalists, decision-makers and students of all ages, and in every report we write, that real engineering productivity is great and getting better all the time. All engineers could also help by flagging up any engineering area where you think this is a problem and where they can provide useful statistics on engineering productivity that could help dispel the myths.

Professor Will Stewart FREng is a visiting professor at the Optoelectronics Research Centre at the University of Southampton. He is a Fellow of the Royal Academy of Engineering and a member of Ingenia’s editorial board. He is also a Fellow and past trustee of the Institution of Engineering and Technology and chairs its Communications Policy Panel, and is a Fellow of the Institute of Physics and the Optical Society of America. His interests include photonics, communications, electromagnetics, nanophotonics, metamaterials, 3D printing and smart 999 calling.

A new contender for energy storage

The world’s first liquid air energy storage system is pioneering a new way to store power, acting as a giant rechargeable battery to absorb excess energy and release it when needed.