The pace of change in engineering since the turn of the millennium sometimes seems daunting, certainly from the perspective of Ingenia, which marks its 20th anniversary in July. So much has transformed in that time, but the growth and distribution of the world’s population and the decline in poverty levels stand out as three key indicators when thinking about the impact of engineering on humankind. Ingenia has reflected these issues in articles published over the years. 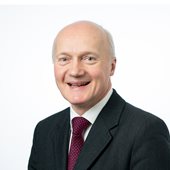 First, most of the world’s population now lives in an urban, not a rural, environment. This has stimulated global interest in smart cities, transportation and infrastructure. Second, the rate of population growth has peaked, thanks to clean water and medical advances, among other factors. Within the foreseeable future, the world’s population will stabilise. Indeed, in some countries it is the prospect of population decline that has stimulated the development of robotics and artificial intelligence (AI). Climate change and population growth have driven renewed interest in how engineering will contribute to the UN’s Sustainable Development Goals. Third, the proportion of the world’s population living in poverty, as defined by the UN, has fallen from around a third to under a tenth.

As the Royal Academy of Engineering’s flagship magazine, Ingenia has sought to celebrate the role of engineers and engineering in improving quality of life and in underpinning the global economy and sustainable development. Issue by issue, Ingenia has presented stories of tangible achievements that have made a real difference to the world, from innovation to wealth creation. As engineering has changed, Ingenia’s coverage has broadened to encompass software, digitalisation, robotics and AI.

Throughout, Ingenia has sought to share the advances made by UK engineers that affect the nation. Winners and finalists of the annual MacRobert Award, celebrating its 50th anniversary this year (see page 38), have provided a rich seam of material that demonstrates the breadth and depth of the UK’s engineering successes.

As the Academy has worked to position engineering and engineers at the heart of society, Ingenia has followed by featuring the people and the projects that showcase the profession and its achievements. Every issue now includes the story behind an early career professional as well as a profile of an Academy Fellow.

Since 1999, Ingenia has published some 400 articles on virtually every facet of engineering. Every article is available free online, providing an invaluable archive, not least for the growing number of students who read the magazine. The magazine has become an important channel for the Academy to inform, enthuse and encourage students at school and university to consider a career in engineering. Of the nearly 12,000 copies of Ingenia distributed each quarter, over 5,000 go to schools, colleges, sixth forms, and universities for distribution to students.

It has been a remarkable journey made possible by the commitment of the members of the Ingenia Editorial Board, who have provided continuity and inspiration for the articles that have been painstakingly pulled together for each issue.

One major challenge faces the magazine if we are to leave Ingenia fit for the next 20 years. The magazine has the background and content of a hugely useful and stimulating online resource – its website at Ingenia.org.uk attracts on average 36,000 views per quarter – but it needs a refresh. We have plans to redevelop it so that Ingenia can better serve its growing audience of younger readers and offer readers a better online experience with more material that demonstrates the breadth and excitement of engineering.

As the only UK publication with free distribution that engages a broad, non-specialist audience in engineering, we see Ingenia as a valuable resource for future engineers. A more versatile online presence can act as a showcase for UK engineering that includes video and dynamic content to enrich our articles. Our sponsors have shown great commitment to the magazine over the years and we are deeply grateful to them for making Ingenia what it is today. Now, as Ingenia looks to the future, we hope that our sponsors, readers and the Academy will join us for the next great online development.