The evolution of engineering

As she approaches the end of her five-year term as President of the Royal Academy of Engineering, Professor Dame Ann Dowling OM DBE FREng FRS reflects on how the Academy – and engineering in general – has changed over the period. 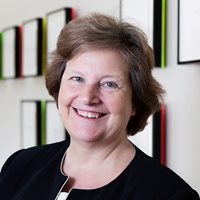 During the past five years, the Royal Academy of Engineering, and the engineering landscape in general, have seen some significant changes, including political and changes to funding as well as a focus on diversity and industry’s relationship with academia.

In 2014, I was the first woman to be appointed as President of the Academy and this September marks the end of my five-year term. I am pleased to say that, since then, diversity and inclusion (D&I) within the profession has been high on the agenda. The Academy has led a D&I programme with the engineering community to support and inspire more women, those from minority ethnic backgrounds, lesbian, gay, bisexual and transgender individuals, and people with disabilities to start and advance careers in the field. To date, close to 100 businesses have engaged in this effort. In 2018, we gained our first female Chief Executive with the appointment of Dr Hayaatun Sillem, and I know that she and our new President will continue to drive our D&I efforts forwards.

D&I is critical in a profession that develops solutions for the whole of society, but it is also an important part of how we address the skills gap. The skills shortage in engineering has been persistent, but we are beginning to see some progress, particularly in engaging young people. The This is Engineering campaign, which the Academy launched in 2018 with several partners, has helped to open up engineering to a new generation and demonstrated the wealth and breadth of opportunities available in the profession. The films launched as part of this campaign have been viewed over

33 million times to date. Research carried out at the end of the campaign’s first year has shown that consideration of engineering as a career option has almost doubled among teenagers who have seen the campaign films, and increased more significantly among females and black, Asian and minority ethnic students. It’s great to see that this work is having such an effect and the campaign has even more ambitious plans for the future, which I hope many people will get involved with.

As well as addressing the perceptions of, and attitude towards, engineering careers among young people, we have also needed to focus on bringing engineering into the classroom. There are many excellent programmes aimed at doing this, but these are not having an effect at the scale needed, and the connections with schools are complicated, with more than 600 organisations involved in STEM education. So many options can make it difficult for schools to find out what is on offer and limits the opportunity to transfer best practice. The Academy and EngineeringUK have begun to explore how best to work together to simplify and streamline the whole engineering community’s outreach to schools. No one underestimates the challenge that it might present but, if the engineering profession works collaboratively, the increase in our impact could be significant.

When I was appointed as President one of my first tasks was to lead a review, commissioned by the then Department for Business, Innovation and Skills, examining how government could support the development of more effective collaborations between business and university researchers, which are so crucial to the UK economy. I am pleased that the government fully endorsed the review’s findings in 2016. As well as policy changes, the review has led to developments in how the government supports universities and businesses to build collaborations. Innovate UK immediately simplified its interface to business, making it easier for companies not already engaged in collaborative research to start, an approach that has subsequently been taken up by UK Research and Innovation (UKRI). The Research Excellence Framework (REF) 2021 will also bring welcome further recognition to business–university collaborations and make mobility between academia and industry easier.

The engineering research landscape has also benefited from a significant uplift in funding, towards the government target of an investment 2.4% of GDP in research and development by 2027. This began in 2016 with a £4.7 billion increase in government science and innovation spending announced in the Autumn Budget. Then, as part of the government’s plan to develop a pipeline of highly skilled research talent, a £210 million National Productivity Investment Fund was announced in the 2017 Spring Budget. I was pleased to have been involved in shaping how some of the £4.7 billion commitment, through the Industrial Strategy Challenge Fund, would be spent, alongside the Department for Business, Energy and Industrial Strategy, the Research Councils and Innovate UK. The ambition was to bring together the UK’s world-leading research base with business to tackle specific industrial and societal challenges where the UK can take a lead and drive economic impact. The Academy’s own programmes have always encouraged business–university collaboration and I am delighted that we have been able to make a very significant increase in our support for researchers and innovators through winning additional funding as part of the government’s Investment in Research Talent. I am also pleased to see engineering’s critical role so well recognised, and I look forward to seeing how our influence and expertise will help inform government policy in the future. The Academy’s establishment of the National Engineering Policy Centre, bringing together the expertise of all of the UK’s professional engineering organisations to provide advice to policymakers, is a significant step forwards in growing that influence.

Just before my term began, the Academy launched the Enterprise Hub, which has become one of its success stories. It was originally developed to take the ‘best of best’ UK-based entrepreneurial engineering innovators and companies and provide them with pre-seed funding and a package of mentoring, training and bespoke support to encourage success, and therefore contribute to the UK’s economic growth. While this still underpins the Hub’s focus, it is increasingly partnering with like-minded organisations, including investors and corporates, to build a Hub community and introduce new initiatives to support aspiring and established entrepreneurs. However, one of its most important developments was the launch of the Taylor Centre – a physical home for the Enterprise Hub that provides professional working space and meeting rooms for Hub members. As well as beginning a new chapter in the Hub’s story, the Taylor Centre is a space where members, mentors and supporters can connect, allowing it to act as a focal point for promoting excellence in engineering entrepreneurship and enabling us to unlock the wider value of the Academy and its Fellowship.

Of course, engineering is a global pursuit and the contribution and collaboration of engineers towards grand challenges on a global, as well as national, scale is vital. The Academy’s international activities have gone from strength to strength over the past few years, supporting the training of hundreds of international entrepreneurs to help develop innovations that address local challenges, linking researchers with like-minded academics from other countries and building partnerships with engineering institutions across the globe. This year also sees the start of the second series of Global Grand Challenges Summits, with a two-day event hosted by the Academy in London that will bring together policymakers, innovators and the next generation of engineers from across the world to build collaborative solutions for our future. Back in 2013 I chaired the working group that developed the first London summit. In 2019, the world, engineering and technology all look very different, and a range of speakers on emerging technologies will attend the summit, as well as many more young engineers. I am looking forward to hearing their thoughts on engineering’s role in such rapid transformation.

Engineering is playing an increasingly important role in society, and the engineering landscape has evolved significantly since I took up this post, progress that I believe the Academy’s activities have contributed positively to. Collaboration, investment, a greater supply of skills, and D&I are all key to ensuring that the brightest minds can continue to innovate. There has never been a more important time for the Academy to advance and promote excellence in engineering so that our profession can continue to contribute to societal wellbeing and economic growth.

President of the Royal Academy of Engineering