Since 1969, the MacRobert Award has honoured the engineers behind the UK’s most exciting engineering innovations. It is awarded annually for an outstanding example of engineering that has achieved commercial success and is of benefit to society, and seeks to demonstrate the importance of engineering and the contribution of engineers and scientists to national prosperity and international prestige. As the award celebrates its 50th anniversary, Ingenia looks back at some of the winners. 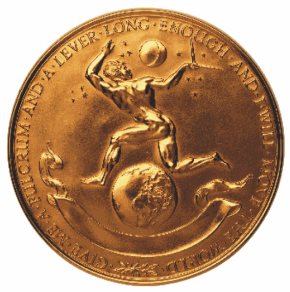 The MacRobert Award has recognised engineering achievements across the breadth of British engineering in the 50 years since it was first presented to Rolls-Royce for its Pegasus engine and to Freeman, Fox and Partners for the Severn Bridge.

The variety of the award’s recipients reads like a ‘who’s who’ of UK engineering expertise. The roll of honour has also proved to be an indicator of innovative advances in engineering. It all started in 1969 with a civil engineering achievement that heralded a new era of bridge building and the world’s first short take-off and vertical landing aircraft. Rolls-Royce won a gold medal and its share of the prize for the Pegasus engine that powered the Harrier Jump Jet while Freeman, Fox and Partners picked up its share for the aerodynamic design of the Severn Bridge’s deck.

Since then, the sheer diversity of the winning innovations has revealed how hard it can be to judge entries that range from sampling breath to diagnose diseases (last year’s winner, Owlstone Medical) through superconducting magnets, catalytic converters, to a credit-card-sized computer that has revolutionised education, taking in wind power, robotic limbs and fibre optics along the way.

Originally founded by the MacRobert Trust, the award is now presented and run by the Royal Academy of Engineering, with support from the Worshipful Company of Engineers. An important task for the Academy is choosing judges for the award. At any one time, as laid down in the original ‘Rules and Conditions’, there are up to 10 judges, most of them fellows of the Academy. The current Chair is Dr Dame Sue Ion DBE FREng FRS – the first woman judge and chair.

The key to the award’s success lies in the criteria that these judges apply when assessing entries. These criteria have changed over the years. The original remit was to reward “an outstanding contribution” made “by way of innovation in the fields of engineering or the other physical technologies or in the application of the physical sciences, which has enhanced or will enhance the national prestige and prosperity of the United Kingdom of Great Britain and Northern Ireland”.

The original remit left the door open to entries that looked innovative in the first place, but then proved to be short-lived when it came to the marketplace. The first rule change was to include commercial success as a criterion. To reflect the way in which the Academy sees its own remit, the rules for judging entries for the MacRobert Award now hinge on three key issues: innovation, commercial success and benefit to society.

The MacRobert Award has grown to become the UK’s leading prize for innovation in engineering. It has benefited from the beginning from the support and involvement of HRH Prince Philip, Duke of Edinburgh – the Academy’s Senior Fellow. The award is now so well established that, to mark the 50th anniversary, the Royal Mail included three previous winners in a series of stamps that celebrate some of the achievements of British engineering from the past 50 years (see page 6). The Academy is also holding a reception at St James’s Palace in July for past and present winners, finalists, judges and supporters. Later this year a photography exhibition will show the winners’ innovations in a different light. 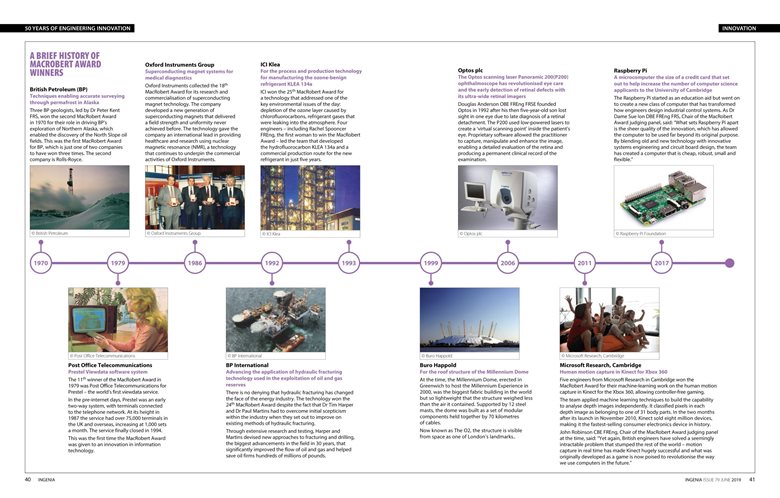