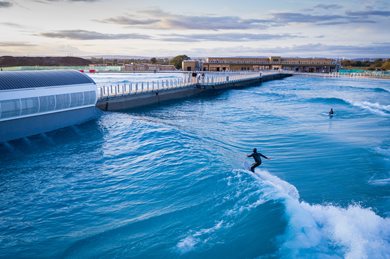 Opened in November 2019, a £25 million project in Bristol is providing surfers with up to a thousand waves an hour of varying sizes and shapes.

The Wave, an open-air surfing venue located three miles inland from the Severn Estuary, is a 200-metre-long cove-shaped lagoon that supplies whitewater waves for beginners and up to 1.8 metre high waves for elite surfers.

Wavegarden Cove uses a patented electro mechanical design consisting of 40 ‘paddles’ set up along 80 metres of the lake. These slide backwards and forwards on a rack and pinion system coordinated by computer. The pulses of energy introduced at various points along a wave enable consistent power to be fed through to a wave until it dies out.

The advantage of this new modular system is that its working parts are out of the water, so if anything breaks or needs maintaining then this can be done while surfers are still using the facility.

It took Nick Hounsfield, a director of British Surfing and Surfing England, 10 years to find the financial backers and the right design to build the surfing set up.

Surfing will become part of the Olympics for the first time in 2020 and thousands of surfers visited the complex in its first three winter months of operation. The team is now developing a second ‘Wave’ in Lee Valley with several other potential sites across Europe and beyond.

Further inland surfing information can be read in Ingenia 69’s article How to create the perfect wave.

A YEAR IN THE AIR 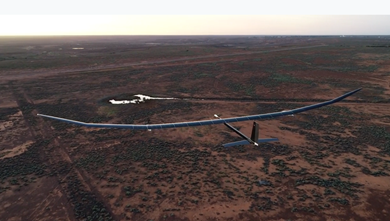 In February 2020, a solar-powered aircraft conducted its maiden flight.

The PHASA-35 (persistent high-altitude solar aircraft with 35 metre wingspan) unmanned aerial vehicle (UAV) flies in the stratosphere, above the weather and conventional air traffic, which makes it a cheaper alternative to satellites. It can remain in the air for a year and can be used for different types of surveillance, such as fire detection or maritime supervision.

The high-altitude, long-endurance plane was developed by BAE Systems together with another UK company, Prismatic Ltd. The 150-kilogram UAV has a monocoque structure made of carbon-fibre-composite materials. The ultra-lightweight plane is powered by the Sun during the day via solar panels on its wing and by long-life lithium batteries at night. It can fly at a speed of between 50 to 78 knots at a height of more than 20,000 metres.

As well as its surveillance capabilities, the PHASA-35 could provide communications networks including 5G to remote areas, conduct polar summer operations and act as a supplement to, or replacement for, satellites. Whereas satellites have fixed orbits requiring long lead times for installation, this UAV is flexible and can be used for localised applications.

Further flights will be made during the year to test the UAV during taking off and climbing, when it is at its most vulnerable and susceptible to adverse weather conditions.

In January 2020, Royal Mail issued 12 stamps dedicated to UK-designed video games. Focusing on the early games launched in the 1980s and 1990s, the stamps show screenshots from the classics starting with Elite (1984) and ending with the Tomb Raider series, first seen in 1996.

Ian Bell and Dr David Braben OBE FREng were the game engineers and designers of Elite, the 3D space-trading and combat simulator, developed for BBC Micro and Acorn Electron computers. This groundbreaking game operated on just 22 kilobytes of memory; about the same needed to send an email today.

From these small beginnings came a raft of UK-generated video games – called ‘computer games’ at the time – some of which appear in the set. Dizzy was an adventure game that could be played with a keyboard or joystick, followed by the games Populous and Lemmings, which could be operated with a mouse. The racing games Micro Machines and Wipeout, the strategy game Worms and Sensible Soccer appear on their own stamps, with Tomb Raider’s Lara Croft featuring on a separate sheet of four.

The UK video game market has grown significantly since these innovative games were launched – it is now worth over £5 billion and growing. The game industry itself employs around 15,000 full-time staff in the UK, with a further 10,000 employed indirectly by the studios. The stamps celebrate the engineering, artistic and story-telling impact these games have had on generations of players.

The British International Education Association has launched its annual international STEM Youth Innovation Competition. Open to 9 to 21-year-olds, the 2020 challenge is to design a solution to ‘save our shores from plastic pollution’. The entries need to be submitted by 31 March.

In April, the teams that have made it through this stage will be given a budget and asked to prepare proof of concept videos. 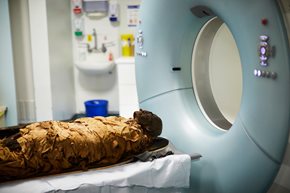 Engineers have recreated the ‘voice’ of an ancient Egyptian priest who died 3,000 years ago.

Writing on the Egyptian high priest Nesyamun’s coffin said that he wished to speak and sing his liturgies in the afterlife. Now, Professor David Howard FREng from the Department of Engineering at Royal Holloway, has helped to create a sound from the priest’s larynx and vocal tract. The researchers 3D-printed a reproduction of Nesyamun’s vocal tract and combined it with an artificial larynx sound used in speech synthesis systems.

The concept of re-generating a voice came from Professor Howard’s work on creating authentic vocal sounds for those who have lost the normal speech function of their vocal tract or larynx. He was approached by Professor John Schofield at the Department of Archeology at the University of York to test the possibility of hearing the voices of historical figures.

The mummy of Nesyamun was lying in Leeds Museum and his soft tissue was thought intact enough to warrant further experimentation. His body was passed through a computed tomography (CT) scanner at Leeds General Infirmary and the 3D-printed vocal tract was generated. It is thought that Nesyamun may have died from an allergic reaction from an insect sting to the tongue.

Now, the archeologists and engineers involved want to develop a computer model that will allow the vocal tract to be moved around to form different vowel sounds and eventually words. This approach could then be applied to other well-preserved human remains and enable those long-dead to be heard once more. This has the potential to add an extra aural dimension when visiting museums in the future.

A MOBILE LAB AND LIBRARY 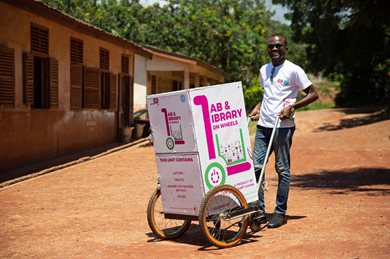 Martin Bruce with the Lab and Library on Wheels

A mobile gadget library for schools won the audience vote at Africa Prize Live 2020. Martin Bruce, the co-founder and business analyst for Lab and Library on Wheels, pitched the innovation with the other entrepreneurs shortlisted for the Africa Prize for Engineering Innovation prize and won the public vote at the first ever Africa Prize Live event.

Lab and Library on Wheels is a mobile, solar-hybrid cart with gadgets and e-learning resources for under-resourced schools. Geospatial engineer Josephine Godwyll came up with the idea while teaching at a rural school during an outreach programme. Her students did not have access to library books or laboratories and had to rely on theoretical lessons only.

Her unit contains laptops, tablets and practical teaching and learning materials, which are customised to suit the size of the school. Fixed libraries and laboratories cost up to $25,000 to build and cater for a limited number of students in Ghana. Many schools are unable to afford these and operate without a regular power supply.

Lab and Library on Wheels eliminates the need for fixed libraries and laboratories, as the $6,500 hand-cart with e-resources and kits can be pushed from one classroom to the next. Schools that are unable to pay upfront can arrange a payment plan. The team installs a solar panel on the roof of each school and energy from the panel is stored in a battery and used to charge all devices.

The winner of the Royal Academy of Engineering’s 2020 Africa Prize will be announced at the final event in Accra in June. Innovations in the shortlist include facial recognition software to prevent financial fraud, a low-cost digital microscope to speed up cervical cancer diagnosis, bamboo bicycles made from recycled parts, and two innovations made from invasive water hyacinth plants: an animal feed and a cooking fuel. 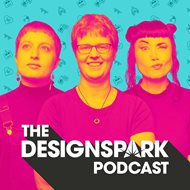 The Engineering Edge series has Rogers on tour visiting locations such as the Surrey Space Centre to talk about satellites, the National Research Laboratory for Fusion Energy, and the UK Drone Racing Open event that selects pilots to compete for the world championships.

To date, the DesignSpark team has produced 20 programmes over the last two years. Listen to the podcasts on Spotify, Apple Podcasts or www.rs-online.com/designspark/podcasts 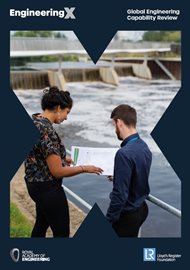 A report published on World Engineering Day for Sustainable Development has measured the abilities of 99 countries to conduct key engineering activities in a safe and innovative way.

The Global Engineering Capability Review focuses on six measures of engineering capability around the world: the strength and sophistication of the country’s engineering industry, the availability and diversity of its engineering labour force, its knowledge base, built and digital infrastructure, and safety standards.

The report found that the lack of available data hampers action on safe and innovative engineering. Countries face challenges around quality of skills as well as quantity and the UK is lagging behind in supply of skilled engineers. The research suggests that, as the pace of technological change accelerates, no nation can afford to ease up on their efforts to conduct engineering in a safe and innovative way.

In the global engineering index of 99 countries, the UK features in the top 10 of just two categories — knowledge and safety standards. By contrast, Singapore is in the top 10 in five out of the six categories and comes first under labour force, digital infrastructure and safety standards. The US leads the knowledge rankings, in stark contrast with its safety ranking.

The review aims to provide a baseline to help policymakers, educators and business executives understand their country’s relative engineering strengths and to identify and address capability gaps that are barriers to safe and sustainable development.

This research was commissioned by the Royal Academy of Engineering and Lloyd’s Register Foundation and written by the Economist Intelligence Unit. The interactive version of the report can be found at www.raeng.org.uk/capability-review

Spaceports represent an ingenious solution to the logistical challenges of launching small satellites into orbit.