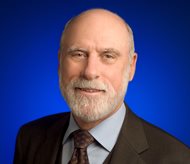 Thirty-four years ago, then US Senator Al Gore characterised the nascent internet as an ‘information superhighway’. This metaphor understandably came to mind because his father, the senior Senator Al Gore, had introduced legislation in 1955 leading to the Federal Aid Highway Act. The resulting Interstate Highway system produced a housing and automobile manufacturing boom that altered the American landscape and economy. Former Vice President Al Gore correctly surmised that the internet could have a similar impact, albeit by the movement of information rather than wheeled vehicles.

From our 21st century perspective, the internet and its World Wide Web application, among other uses, combined with the computing and communication capability of smartphones and other programmable devices, have had and will continue to have a dramatic influence on the daily lives of billions of users. While about half the world’s population has direct access to the internet today, the rest will follow and are influenced by those who already have it.

The applications of information technology and computing are limited only by imagination and ability to program for the desired result. Perhaps more importantly, the capacity of the network to move digital information affects the feasibility of applications. When the internet was in early development, the backbone network had a capacity of 50,000 bits per second. Today one finds backbone speeds to the order of 400 billion bits per second and rising. The results of this progress includes massive amounts of streaming video, video conferencing on a global scale, digital voice communications, billions of web pages, social media and image sharing applications, electronic commerce, and on-demand transportation applications as well as a massive array of video/computer games.

All of these applications consume capacity in order to move digital information quickly and securely to virtually anywhere in the world. These ambitious applications rely on super-high-speed optical fibre networks on land and under the oceans. Submarine optical cables are being laid at increasing rates, connecting continents with bands of light.

The high speeds also achieve lower latencies (delay from transmission to reception) and that, in turn, enables real-time video conferencing and online group game playing. It also enables massive amounts of e-commerce and high frequency stock trading. What all of these applications have in common is their dependence on the communication of digitised information. Physicists tell us that there is a fundamental relationship between information and the way the universe works. In some very basic way, the universe is computing itself. When weather clouds form, they are a visible manifestation of the universe’s way of computing complex partial differential equations. It’s instantaneous. Molecules of water ‘know’ how to form vapor because that’s what their physical properties tell them. A flower develops in a particular way because its DNA ‘tells’ it how to do it. Moving information around the net allows us to ‘tell’ virtually anything that can understand the bits of information how to do anything we want it to do.

In a recent development, the University of Southampton, Professor Sir David Payne FREng FRS and his team are exploring the design of hollow optical fibre. Payne, the founder of the Zepler Institute for Photonics and the Optoelectronics Research Centre, realised that the speed of light is reduced in glass, the principal component of optical fibre. If the fibre could be made hollow, then light would propagate in air rather than glass. The speed of light in a vacuum is about 300,000 kilometres per second. In glass, it is more like 200,000. In air, it is only slightly slower than in vacuum. The result is to reduce propagation latency by about a third – it would take light in glass 1.5 seconds to go 300,000 kilometres while in air it would take only one second. This improves the performance of optical fibre networks in general without regard to electronics. The physics does the speed up. A major challenge, of course, is to perfect the ability to make many kilometres of the fibre for practical applications.

Higher speed fibre is not the only trajectory for communications technology. Wireless communication is also undergoing massive transformation in space and on the ground. Mobile communication has dramatically improved capacity over the past several decades from the first mobile phones in the early 1980s delivering tens of kilobits/second to today’s smartphones running 4G and now 5G and Wi-Fi at tens to hundreds of megabits/second. Of course, access to this new capacity requires base stations to be positioned with increasing density and this is economical only for regions with a reasonably high population and subscriber presence. For rural areas, satellite is an attractive alternative but historically has suffered from high latency because of the distance between the subscriber and the satellite. Synchronous satellites are 36,000 kilometres away and at the speed of light it takes 120 milliseconds to reach the satellite and another 120 to come back to Earth. We are seeing major new efforts to place tens of thousands of communication satellites in low Earth orbit (700 to 1,500 kilometres high) providing very low latencies and much higher speeds thanks to the vastly shorter distances to and from the satellites. If these initiatives are successful, it will be impossible to avoid access to the internet and other communication networks. Even at the North and South Poles!

It should be abundantly clear by now that high speed transfer of information has become an integral part of our digital society. It is an infrastructure upon which we depend increasingly from moment to moment. Not surprisingly, this increases our need to make that infrastructure as reliable, safe and secure as possible. But that’s another story.

BIOGRAPHY
Vinton G. Cerf ForMemRS also known as Vint Cerf, is an American internet pioneer and is considered to be one of the ‘fathers of the Internet’. In 2013, he was part of the team awarded the Queen Elizabeth Prize for Engineering for their work on the internet. He was Founding President of the Internet Society and has been inducted into the National Inventors Hall of Fame.