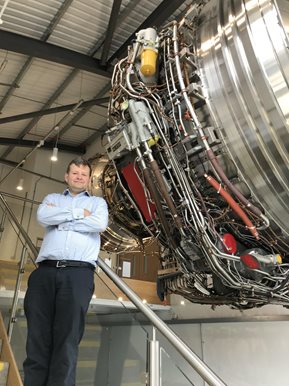 As a senior engineering specialist at Rolls-Royce and a member of the Faculty of Engineering Science at the University of Oxford, Dr Bacic can combine the real-world challenges he encounters at Rolls-Royce with the advantages of leading a research group at Oxford.

In 2011 Dr Bacic invented and developed a system to detect and safely address the very rare event of an engine shaft break, following analysis of an uncontained engine failure incident.

Dr Bacic’s Model Based Detection System enabled Rolls-Royce to certify and ensure the continued airworthiness of all its latest Trent engines, which power over 40% of the world’s modern large passenger aircraft fleet.

A prolific inventor, Dr Bacic has made major technical contributions to several novel carbon-reducing intelligent systems on Trent 1000, Trent XWB and Trent 7000 engines. These systems modulate air throughout flight in key parts of the engine, minimising fuel burn while maintaining engine life, and accounting for over £100 million of fuel and engine life fleet savings.

Along with driving the development of the next generation of intelligent systems for future Rolls-Royce gas turbines, Dr Bacic is working on technologies that will underpin sustainable aviation and transformative flight concepts, such as electric vertical take-off and landing aircraft. 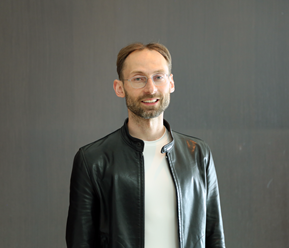 Michael Bronstein has developed pioneering methods of graph deep learning: new artificially intelligent algorithms that perform machine learning on complex interactions such as molecules, biological interactions, and social networks. Graph deep-learning models have been successfully applied to a broad range of fields, from particle physics to drug development and the detection of ‘fake news’.

With his collaborators, Michael developed a novel system for accurate and fast prediction of interactions between protein molecules, allowing the design of new proteins with desired properties. This research potentially paves a new way to design biological drugs against cancer.

With his students, Michael founded Fabula AI, a startup that commercialised his graph-learning technology to detect misinformation, or ‘fake news’, on social media. Instead of following the traditional approach of analysing the news content, Fabula AI used graph machine learning to analyse the news spreading patterns. The technology could accurately detect fake news within just a few hours of propagation. Fabula AI was acquired by Twitter in 2019. 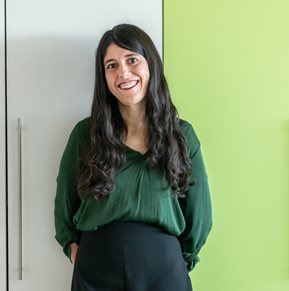 Esther’s breakthroughs in low-power circuits have enabled her to create networks for highly accurate monitoring of physiological signals. Esther has modelled the physiological processes behind diseases, the type of user and the environment, with a focus on respiratory and brain conditions. Her aim was to create wearable devices that not only monitored medical conditions but had integrated diagnostic processing.

Its readings are seven times more accurate than current sleep apnoea solutions, with automated diagnosis and drastically reduced misdiagnosis. The device is non-invasive and can be used with no training, allowing home use without the assistance of a specialist or a visit to the hospital, which significantly lowers overall costs. 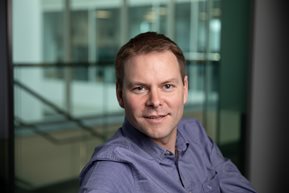 Jamie Shotton was the leading engineer behind the machine learning that drives the human body motion capture system in Microsoft’s Kinect, which won the Royal Academy of Engineering’s MacRobert Award in 2011.

Using human motion capture to enable gesture-based user interfaces for computers and controller-free gaming on consoles had long been considered a near impossible task by many experts. Systems that required body markers to be worn existed, but human movement, the diversity of body shape and clothing, and the variety of home environments and lighting conditions meant that achieving it without wearing markers had remained an unsolved problem for decades.

After completing a PhD on visual recognition of objects from their shapes, Jamie saw that machine learning technology used for image classification could be repurposed as a radically different way to achieve human motion capture. The Kinect used this to become one of the earliest examples of large-scale machine learning and computer vision in a commercial product and was the fastest-selling consumer device ever at its launch.
Since then, Jamie has continued to work on computer vision and machine learning algorithms that understand people’s motion and appearance for new applications. His team recently shipped the articulated hand tracking and eye gaze tracking on Microsoft’s HoloLens 2, an augmented reality device. He is currently working on ways to transform communication through virtual 3D telepresence.