Half of plastic packaging is used once and thrown away. Notpla has developed sustainably sourced seaweed packaging to hold liquids, which decomposes in less than six weeks. 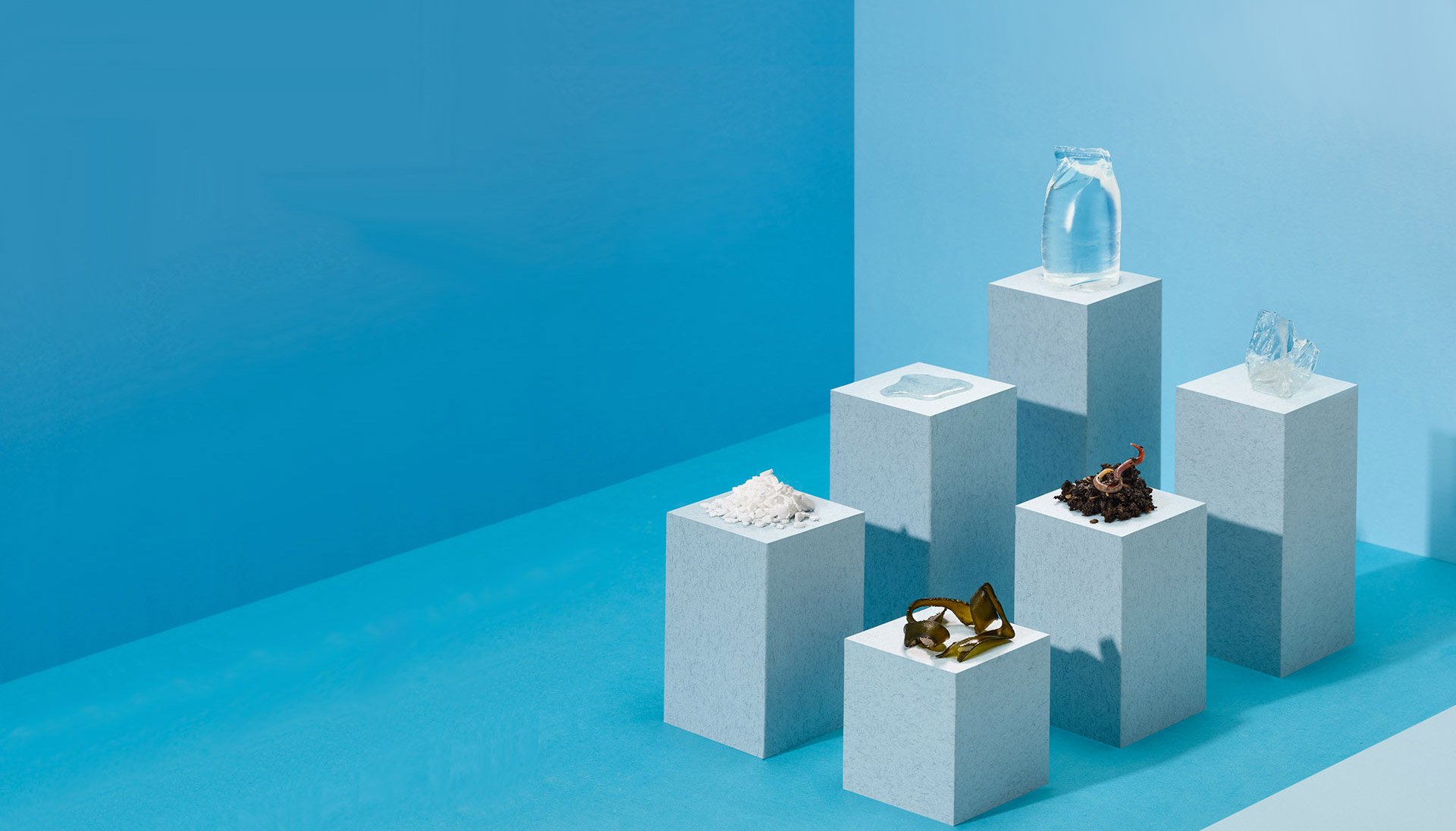 Notpla, so called Not Plastic, is made from one of nature’s most renewable resources, brown seaweed. (Front right) before being turned into edible packaging (back left) © Notpla

Notpla, a replacement for plastic packaging, began as a student project for Rodrigo Garcia Gonzalez and Pierre Paslier as part of their master’s in innovation design engineering at Imperial College London and the Royal College of Art. They wanted to develop an edible packaging that did not add to the plastic waste problem.

Notpla aims to significantly reduce plastic waste with its edible plastic-like material that holds liquids. For those that don’t want to eat the sachet, it can be composted at home and doesn’t contaminate recycling with microplastics.

Inspired by the way nature encapsulates liquids using membranes, for example in fruit, the pair made the first prototypes in their kitchen in 2013. The resulting product, Ooho, is made from brown seaweed and is edible, biodegradable and vegan.

They tried a few options, rejecting cellulose and tapioca, before settling on seaweed. Brown seaweed is one of nature’s most renewable resources, growing up to 60 metres tall at a rate of up to 1 m per day. It doesn’t compete with food crops for land, does not need fresh water or fertiliser and actively contributes to de-acidifying our oceans. Seaweed is also regularly used in food production – for example, a spherification technique uses seaweed to create fake caviar. Rodrigo and Pierre tried enlarging these caviar bubbles, and after many prototypes, ended up with transparent, edible large bubbles.

The Ooho edible and biodegradable packaging is used for beverages and sauces. Oohos can replace plastic cups and bottles at festivals and sporting events. After their first video of Ooho went viral in 2013, they joined Climate KIC, Europe’s largest funded accelerator focused on climate innovation. They collaborated with chemists and chemical engineers from Imperial College London to test Ooho at running events, festivals and takeaway shops. Ooho was trialled for removing single-use plastics from the Virgin Money London Marathon, where 36,000 Oohos replaced bottles. At festivals, Oohos have been used for water, juice and even cocktails. The team realised that the product could also work well for sauces and condiments for the takeaway industry, and have partnered with Just Eat to trial this.

One of the largest challenges the team experienced was creating an edible packaging that wouldn’t impact the flavour, as initial products had a strong seaweed flavour. It took the chemists and engineers several iterations before they managed to create a membrane with a neutral flavour.

The seaweed-based technology can also be used to challenge other applications of plastic, such as the thin layer of plastic in many cardboard food boxes. Notpla Coating is naturally biodegradable and provides a grease-proof and water-resistant barrier for paper products. It developed a coated box made of pure cellulose, which has no additives in the pulp, contrary to typical takeaway box, and has a seaweed coating. The team are now working on a flexible film to package dry products that are currently in plastic sachets.

How does that work? Lateral flow tests

Millions of people take lateral flow tests each week to detect COVID-19 - how do they work?

Nuclear designs on a low-carbon future

Find out how small modular reactors will contribute to achieving net zero.

Information about upcoming events, exhibitions, books, podcasts, and much more to help you learn about engineering.