How to make a mobile technology revolution

Mobile technology is evolving all the time. In just 30 years, technologies and data speeds have gone from 1G at 1 kb/s to 5G at 4.2 Gb/s, enabling faster internet access and more capacity for everything

2021 marks 30 years since the launch of GSM (Global System for Mobile Communications), which transformed mobile communications across the world. Professor Stephen Temple CBE FREng, who led the UK’s part in the initiative, looks at its impact on the journey from 1G to 5G in the way that mobile technology generations are created.

Every industry must manage technology change: a mix of successes and failures is seen as normal. What is unmatched in any other comparable field of high technology is that, over the past 30 years, not a single generation of mobile technology has failed. Since the launch of the GSM [see ‘What is GSM?’] in 1991, all the generations of mobile technology since 2G have been open international collaborative projects.

New generations (G) of mobile technology have been launched roughly every 10 years:

With such fast-paced innovation, it is easy to notice when data speeds begin to fall short. A popular way of measuring data speed progress is how long it takes to download the eight seasons of Game of Thrones – 70 hours of TV in total, with picture quality equivalent of watching Netflix at 25 Mb/s, resulting in 787.5 GB of data needing to be transported [see ‘Typical download data speeds over five mobile generations’ left].

However, the frequency values shown in red [in the table] illustrate the fundamental limitation of how far radio waves propagate versus how much data they can carry.

As well as the evolution of data speeds, mobile technologies have developed significantly over the same time. Wireless technology is a key element in the success of mobile generations and advances in semiconductor technology have also been indispensable. Top-end smartphones now have 512 GB of storage, which is almost enough to store all eight seasons of Game of Thrones (in 1997, the impressive 8 MB of storage offered by the Nokia 9000i Communicator would not have been enough for the opening credits). On the demand side, better resolution cameras and displays are continuously ratcheting up the quantity of data to be transported over mobile networks.

There are four main elements that have to be coordinated to revolutionise a mobile technology generation. The first, which determines the future commercial and societal value of a mobile generation, is consensus building within the research community on the shared goals. The most successful of these have been those that set out to solve the big problems of the time.

The second element is creating technical standards to ensure every new mobile from any manufacturer will successfully work with every new network, in any country. The global standards body, 3rd Generation Partnership Project (3GPP), unites seven telecommunications standard development organisations. This could prove to be difficult with so many differing opinions and viewpoints, but the engineers involved have worked together to deliver high-quality standards for mobile technology across the last three generations.

The third element is harmonising spectrum bands, the radio frequencies allocated to the mobile industry and other sectors for communication over the airwaves. The disconnect between technology standards and radio spectrum regulation has been the weak link in the mobile network technology innovation model for some mobile generations. In mobile spectrum auctions, governments use an auction system to sell the rights to transmit signals over specific bands of the electromagnetic spectrum. The closest a mobile generation has come to failing was 3G because of an over-heating spectrum auction, where excessive price paid for 3G spectrum led to reduced 3G mobile coverage. Economists had put forward what has now proven to be a flawed theory that auctioning frequencies would place them in the hands of those likely to make the most effective use of them. What attracted governments more was the money that auctions would raise, particularly when competition would prevent mobile operators from recouping the money by raising prices to consumers. However, mobile operators recouped costs by cutting back investment in 3G coverage, leading to a decade of consumer complaints about poor 3G coverage.

The 4G auction was better managed, with a coverage obligation on a low band licence. It will take time to see the impact of the UK 5G auction prices, although the money raised in the first part alone could have paid for 100,000 small 5G base stations.

Why does the price of frequencies matter? The data speeds in the table on the previous page and extent of possible coverage for different frequencies tells us that the biggest single mobile radio engineering challenge over the next 10 years is going to be closing the digital divide and getting 1 Gb/s everywhere. Those 100,000 small 5G base stations could have made a start.

A synchronised roll-out will also secure early-scale economies and falling equipment prices. This was first achieved in Europe when the four largest countries decided that their mobile operators would all sign up to switch on GSM networks in 1991. 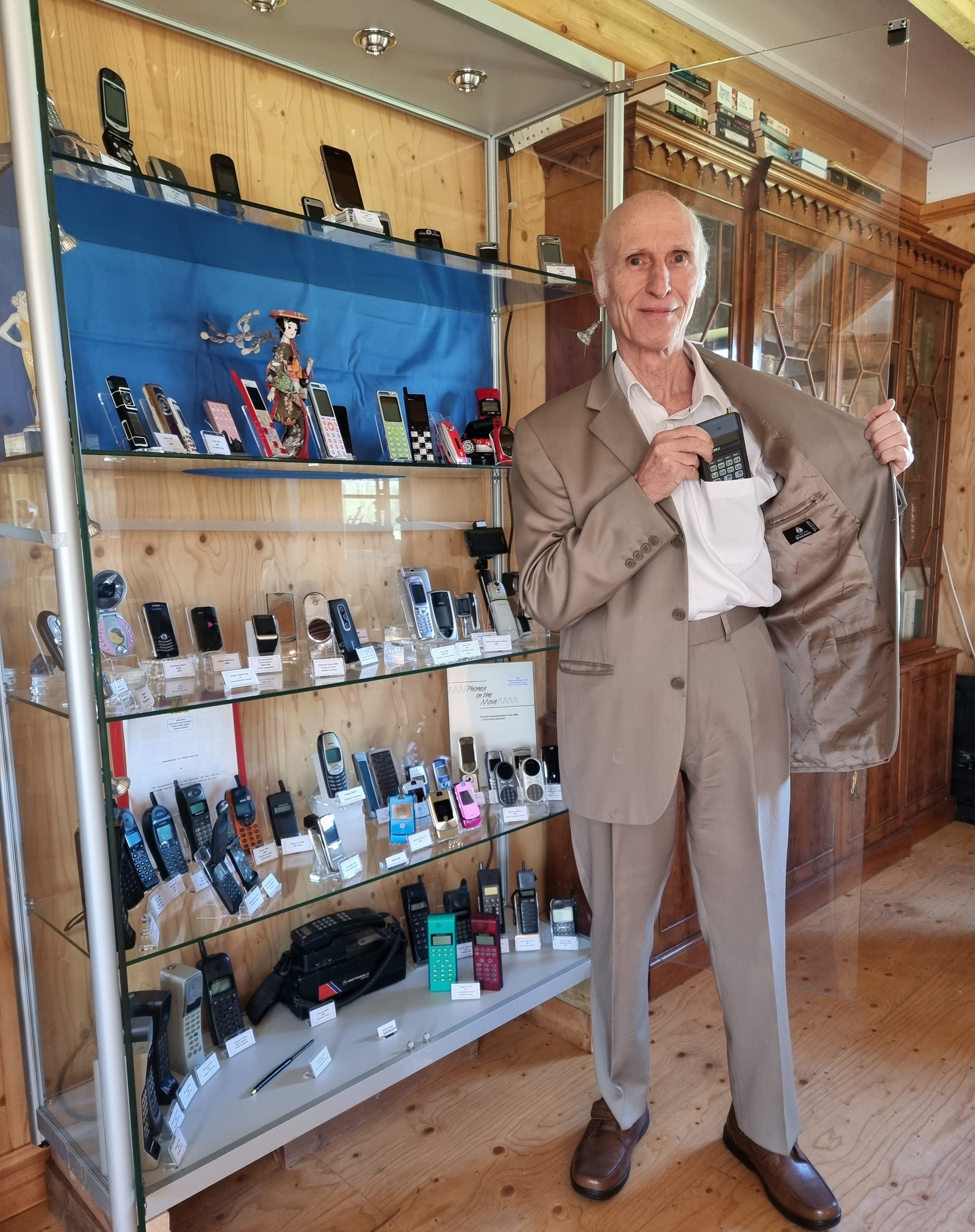 How did the ‘repeat pattern’ of a new technology generation roughly every 10 years arise? Some of the 1G network did work well, and an analogue phone that could fit in a shirt pocket was launched in 1986, so GSM had a huge amount of catching up to do. A higher data speed mobile technology was just around the corner and GSM was in danger of being squeezed out. ETSI, the officially recognised standards body in Europe for making telecoms standards, deliberately slowed the advance of a new wider band standard so that it would not compete with GSM. Instead, it was made a third generation by design.

ETSI’s expedient invention of ‘the mobile generation’ turned out to be an enduring valuable tool that laid the foundation for today’s phenomenally successful global mobile industry. It also addresses a particular innovation market failure, where nothing can happen unless an entire industrial ecosystem acts together. Its model of coordinating the four elements has delivered huge commercial, industrial, and societal benefits on a global scale. Created for the GSM revolution 30 years ago, the model has secured the success of another three mobile revolutions and is currently providing the confidence for the research community to begin its new journey towards 6G.

Professor Stephen Temple CBE FREng joined the Department of Trade and Industry in 1984 a year before the UK launched its 1G mobile networks. He led for the UK in the GSM standards group and has been involved in various ways in 3G, 4G and 5G mobile generations. He recently edited the Institution of Engineering and Technology guide 6G for policymakers and chairs cluster two of the UK Spectrum Policy Forum.

Information about upcoming events, exhibitions, books, podcasts, and much more to help you learn about engineering.

How I got here - Josh Oldham

Manufacturing degree apprentice Josh talks about his interest in engineering, working at Aston Martin and studying applied engineering at WMG, University of Warwick.