Engineering excellence recognised
In July, the Royal Academy of Engineering celebrated its 2021 award winners at its first in-person event since the start of the COVID-19 pandemic. The awards recognised engineers who have made a remarkable contribution to the industry. 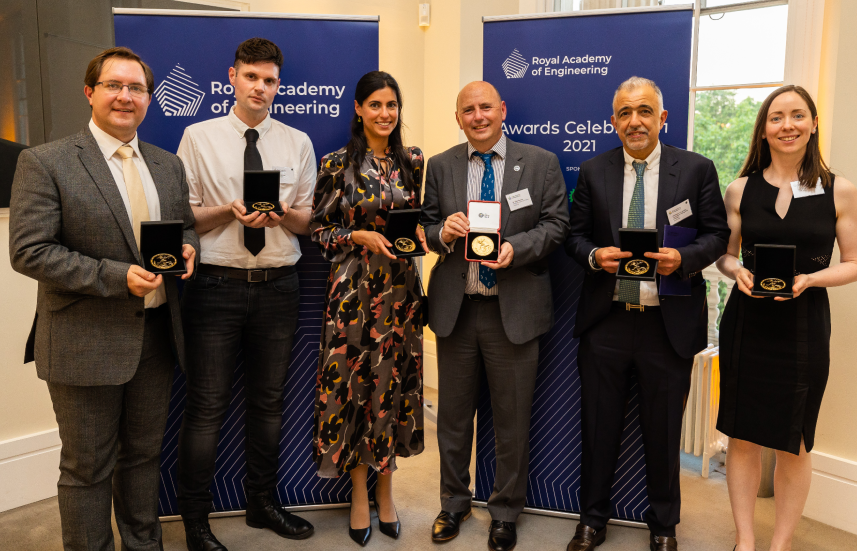 The DnaNudge team with their MacRobert Award medalsThe Academy’s Royal Fellow, Her Royal Highness The Princess Royal, presented the MacRobert Award to winner DnaNudge. The London startup was honoured for the development of its pioneering consumer genetics technology, pivoting and adapting the technology to deliver a rapid, lab-free RT-PCR COVID-19 test to NHS hospitals. The MacRobert Award, supported by the Worshipful Company of Engineers, is the most prestigious and longest-running prize for engineering innovation in the UK. Finalists Creo Medical and PragmatIC were also recognised at the event. 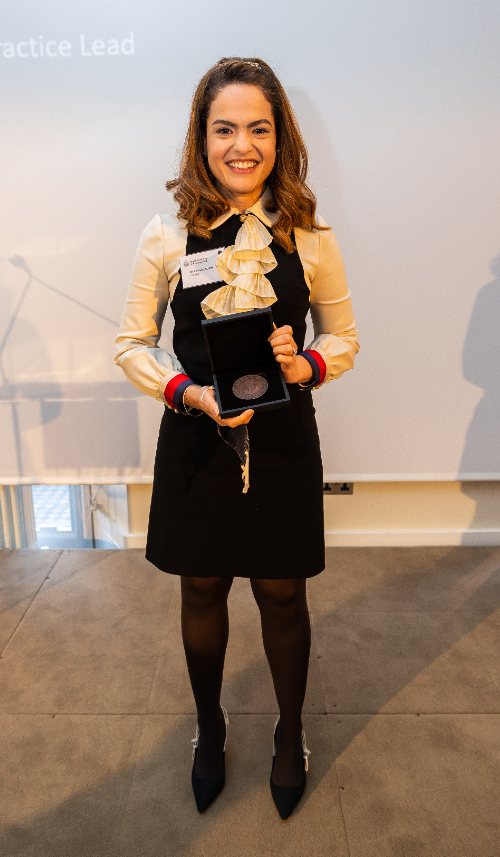 Dr Larissa Suzuki was presented with the Rooke Award for public promotion of engineering. Dr Suzuki is a technologist, entrepreneur and engineer who is now Data and AI Practice Lead at Google Cloud. She is working with Vint Cerf to develop the Interplanetary Internet, as well as leading on sustainability and smart cities.

The Major Project Award was won by the team behind the Mega Amp Spherical Tokamak Upgrade (MAST-U), the UK’s national fusion experiment based in UKAEA’s Culham Science Centre in Oxfordshire. The machine has the potential to provide a cheaper, more efficient means of generating energy, vital to the development of commercial power from nuclear fusion. 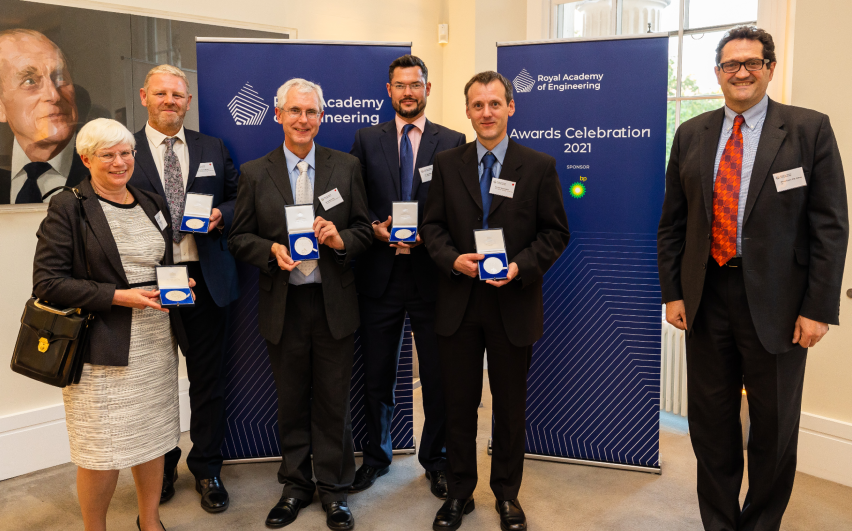 The MAST-U team with David Eyton CBE FREng, Executive Vice President of Innovation and Engineering at bp, who presented them with the Major Project Award

The week before, HRH The Princess Royal presented awards to five young engineers who have been outstandingly successful in their respective fields at an early stage of their careers during a specially arranged visit to the Thames Tideway Project in London. All five are winners of the RAEng Engineers Trust Young Engineer of the Year competition, awarded by the Academy with support from the Worshipful Company of Engineers. Each received a prestigious award and a £3,000 prize.

The overall winner, Dr Marzia Bolpagni, also received the Sir George Macfarlane Medal for excellence in the early stage of her career.

Team Sheffield Formula Racing joins 2017 winners Cardiff University as the only British winner of the competition, which gives students a real-world challenge to design, build and race single seater cars. It includes events designed to test their vehicle as well as formal presentations to show their engineering knowledge. 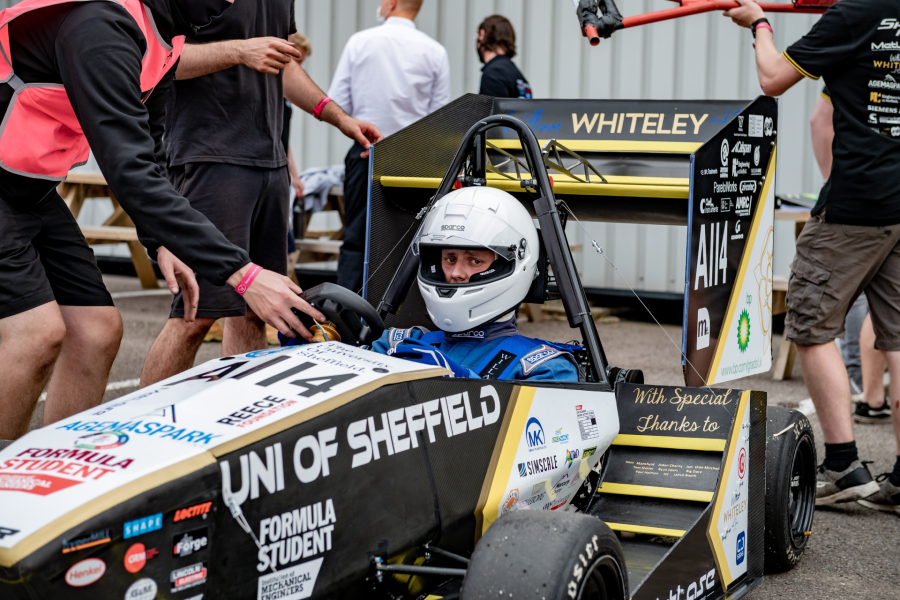 The competition, which is organised by the Institution of Mechanical Engineers (IMechE), returned to the track after a purely online event in 2020 because of the pandemic.

For UK and international teams unable to attend the track event in Silverstone or running as Concept Class teams, the IMechE organised an online competition with virtual racing simulation heats and finals. India’s Institute of Technology Bombay picked up awards for both Concept Class design and Concept Class overall.

N’guessan and his team designed and patented Kubeko, a set of low-cost biowaste processing equipment; its composter and biodigester are both specifically designed to ferment agricultural post-harvest by-products into solid and liquid compost, and cooking gas. 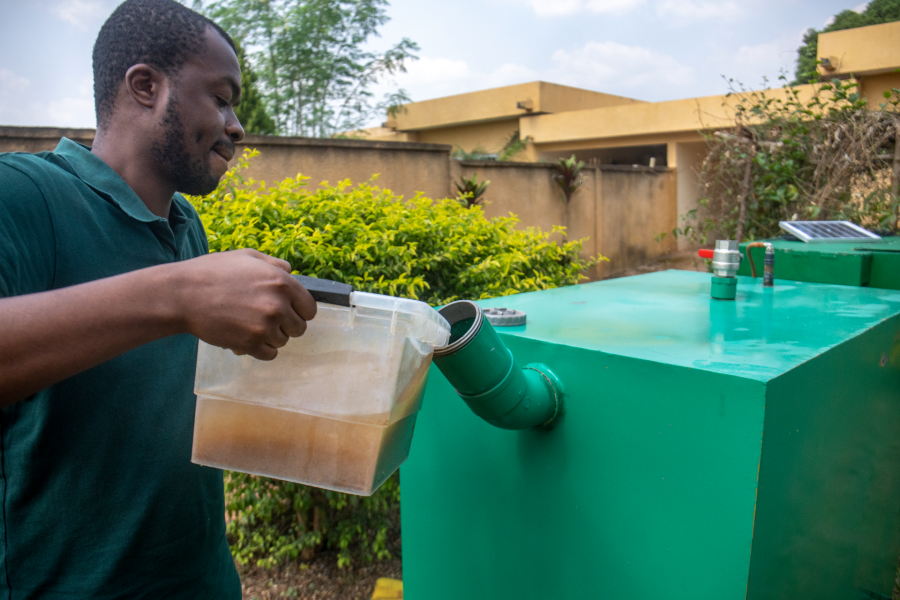 The Kubeko team has made progress in reducing its production costs and installed two biodigesters running on cassava farms, with 50 composters installed to date on cocoa, palm oil and mango farms. Kubeko has also been commissioned by the Ministry of the Environment and Sustainable Development in Côte d’Ivoire to train stakeholders as part of the department’s national composting and biowaste strategy.

Four finalists were selected from a shortlist of 16 African innovators for their ability to use engineering to solve problems for African communities. They were chosen after receiving eight months of training, mentorship and support through the Africa Prize, with expert volunteers.

The research specifically focused on engineering positions within the industry, as they represent a major group of occupations and offer the biggest opportunity for change. Now, through its report, Accelerating Change: Improving Representation of Black People in UK Motorsport, the Commission has provided 10 recommendations that aim to address the issues limiting Black students’ progression into engineering careers, as well as barriers within the motorsport industry.

The evidence-based report includes chapters exploring Formula 1 and the UK motorsport sector; young Black people’s interest in engineering and motorsport; and the attainment and progression of young Black students in STEM subjects at school, in post-16 education, and in higher education leading to motorsport jobs. The Commission, which was co-chaired by Sir Lewis and Academy CEO, Dr Hayaatun Sillem CBE, also engaged a 14-strong Board of Commissioners from relevant fields including motorsport, politics, education, and engineering, who have each helped to inform and shape the report and its findings. 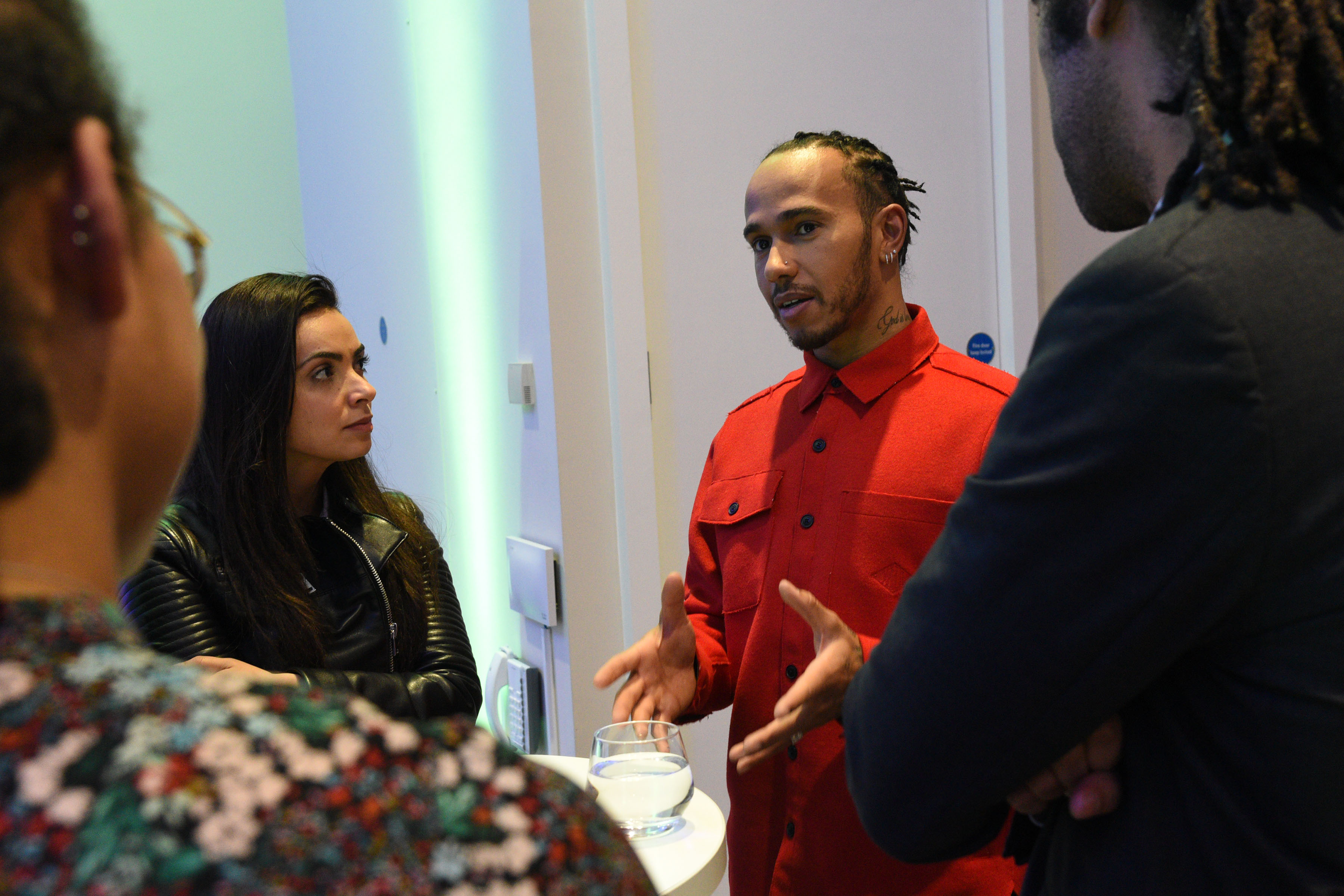 Upon publication of the findings, Sir Lewis said: “Given the right opportunities and support, young people can excel at whatever they put their minds to, but our research shows that many young Black people are being closed out of opportunities within STEM and having their full potential limited. While I have enjoyed a successful career in motorsport, it’s been a lonely path as one of the few Black individuals within Formula 1 and, after 15 years of waiting for the industry to catch up, I realised I had to take action myself.

“In order to do that, I needed to understand what was preventing the industry from being as diverse as the world around it. Through the Commission’s research, we can see there are clear meaningful steps the motorsport industry needs to take towards creating a more inclusive environment where diversity can thrive but also that we must tackle the barriers facing Black students that exist throughout their educational journey. Some of these barriers I recognise from my own experiences, but our findings have opened my eyes to just how far reaching these problems are. Now that I’m armed with the Commission’s recommendations, I am personally committed to ensuring they are put into action. I’m so proud of our work to date, but this is really just the beginning.”

The Hamilton Commission has been in development since December 2019 but was publicly launched in June 2020 to coincide with the heightened media and public interest in the Black Lives Matter Movement and greater scrutiny of race inequality in society. To find out more and read the report, please visit www.hamiltoncommission.org

How I got here – Michelle Watiki

Chemical engineer Michelle Watiki talks about how her interest in engineering led to work placements at Rolls-Royce.