A compact dialysis machine that can treat kidney patients in the home, a vertical farming technology driving cost-effective precision agriculture, and a new camera that is transforming scanning electron microscopy and its applications have been announced as finalists for the 2022 MacRobert Award, the UK’s most prestigious prize for engineering innovation. The three finalists – Quanta Dialysis Technologies, Intelligent Growth Solutions and Oxford Instruments NanoAnalysis – cover strikingly different aspects of engineering and are recognised not just for technical innovation but also for the commercial and societal impact they have demonstrated.

Quanta Dialysis Technologies is committed to making dialysis accessible to every patient in every setting with its SC+ haemodialysis system. As a compact device with performance comparable to larger, traditional machines, SC+ is a modular and powerful solution that provides the clinical versatility needed to deliver dialysis care across multiple settings.

Intelligent Growth Solutions is addressing key challenges in the food industry through precision indoor agriculture that blends engineering, crop science and agronomy in a modular and scalable vertical farming system.

Oxford Instruments NanoAnalysis’ Symmetry detector integrates with scanning electron microscopes to enable a deeper understanding of a material’s structure at the nanoscale. It makes possible the analysis of crystal structures at high speed and with high resolution and sensitivity via a single camera, making it suitable for a wide range of applications.

The MacRobert Award is run by the Royal Academy of Engineering with support from the Worshipful Company of Engineers. Since 1969, it has recognised engineering achievements that demonstrate outstanding innovation, tangible societal benefit and proven commercial success. Over the last 52 years, MacRobert Award-winning innovations have changed the world, by delivering enormous societal benefit and contributing to the UK economy. 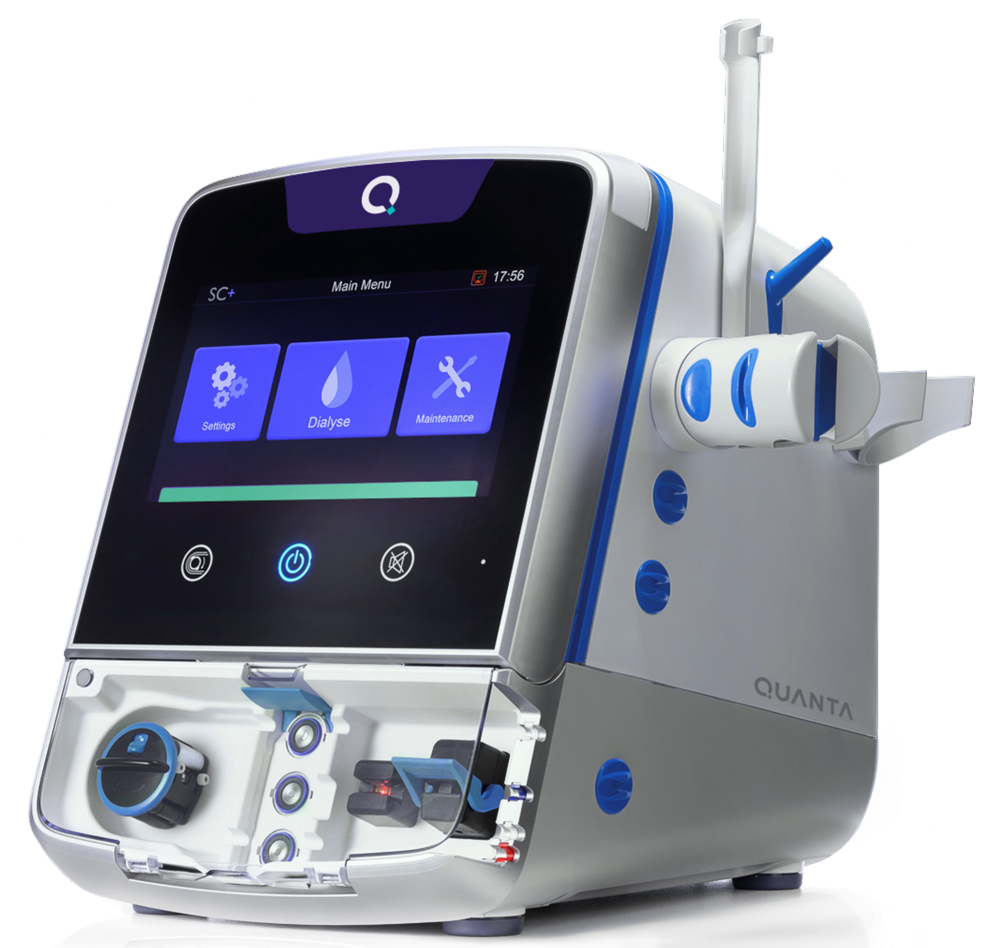 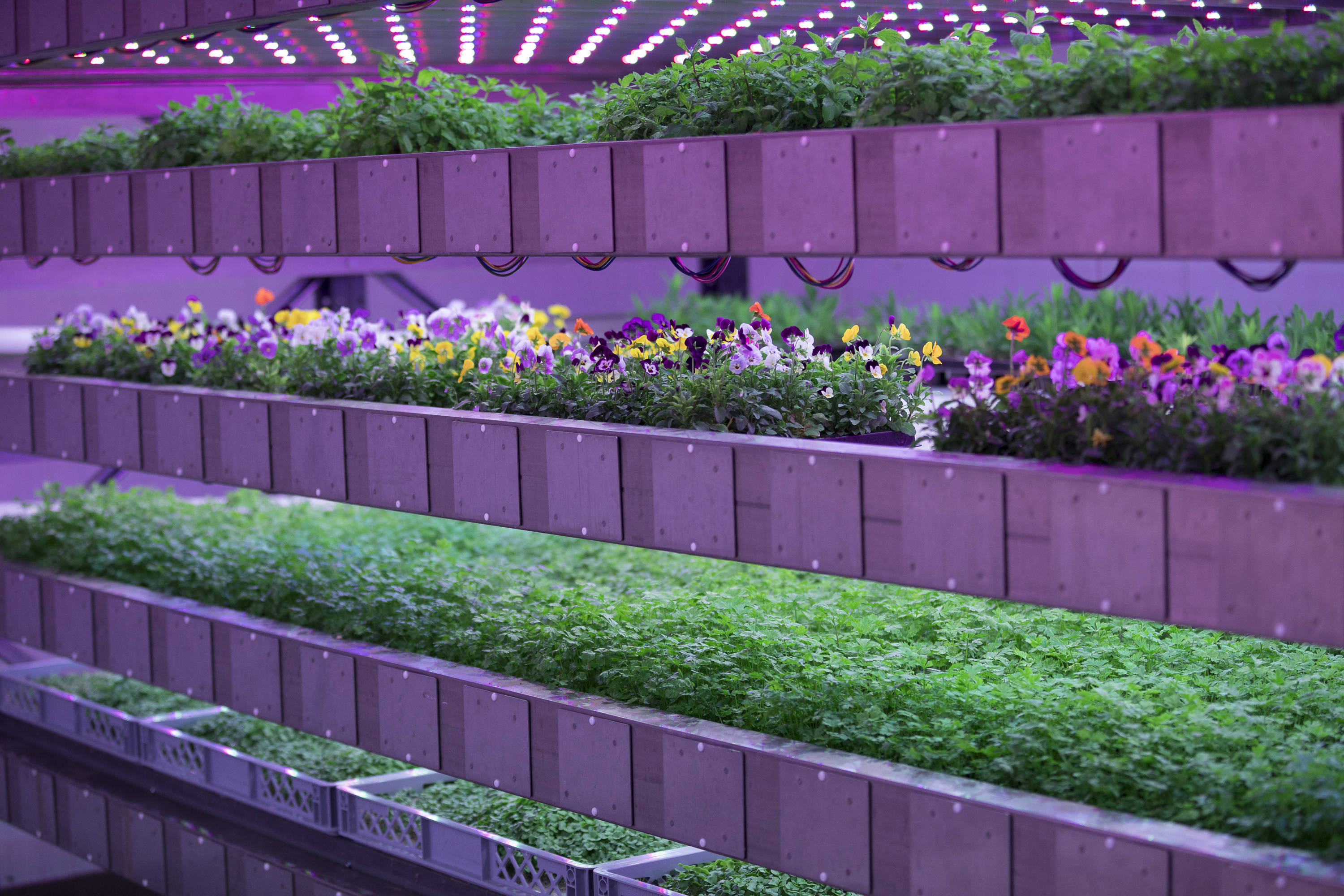 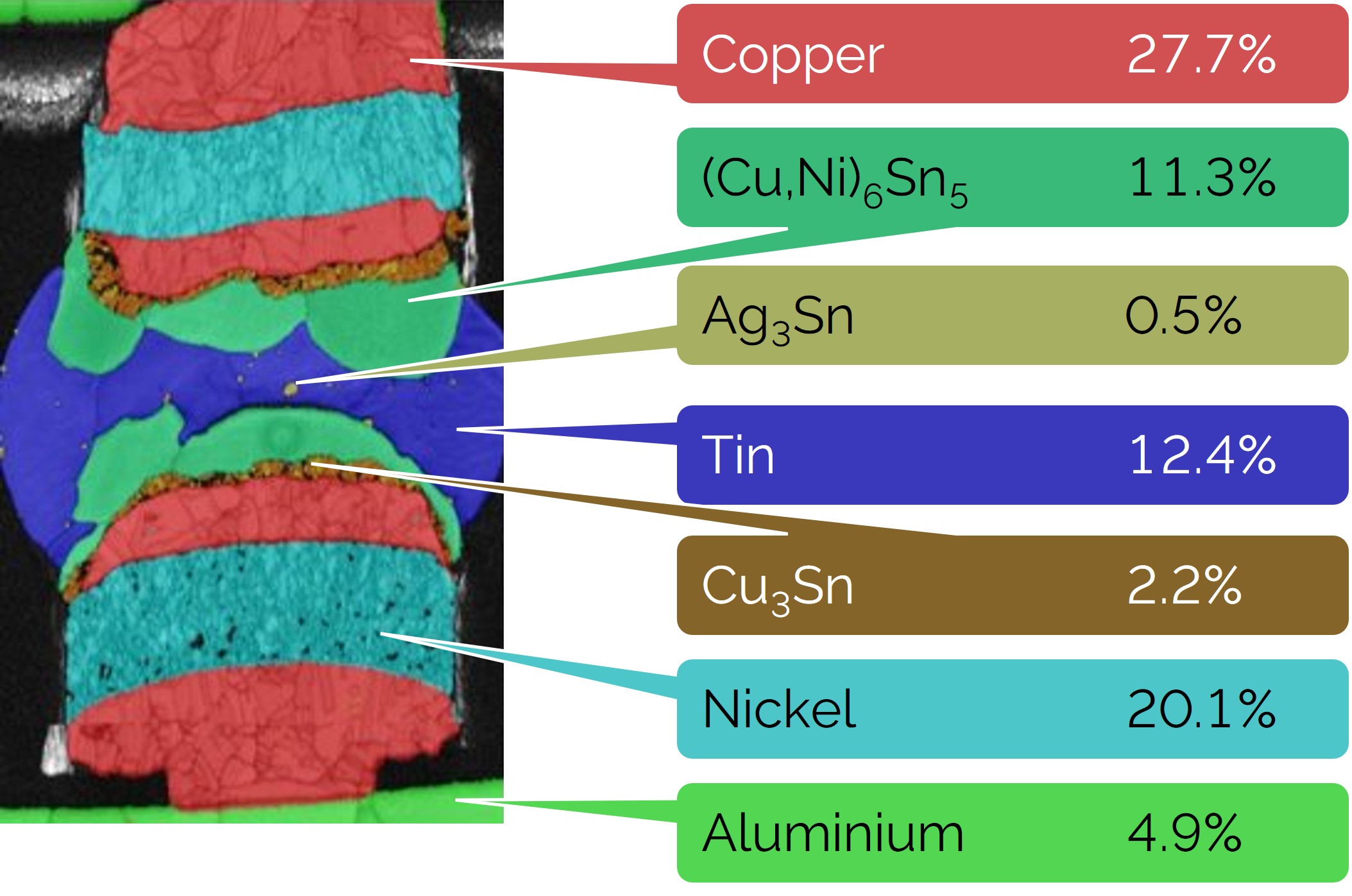 On 24 May, Transport for London’s (TfL) Elizabeth line opened to the public for the first time. The engineering marvel, 15 years and £18.9 billion in the making, required 42 kilometres of new rail tunnels to be bored into the ground below the city. The platforms are longer than Winchester Cathedral – the longest intact medieval cathedral in the world – and burrow as deep as 40 metres (over 10 storeys) below the ground. 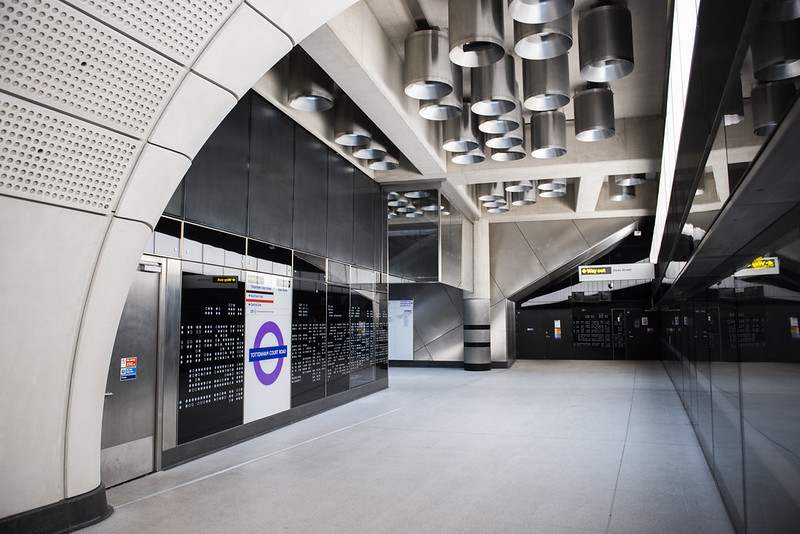 To construct the tunnels, eight giant boring machines dodged sewers, foundations and other underground tunnels in a process that displaced over seven million tonnes of earth and took over three years. The majority (75%) of the displaced earth has been used to form a new nature reserve at Wallasea Island in Essex.

The project also became the largest archaeological dig in Britain, with more than 100 archaeologists finding tens of thousands of items across the different sites. At Canary Wharf, team members found a piece of 55-million-year-old amber; while a rare bronze Roman medallion was found at Liverpool Street – not to mention the many plague skeletons that were dug up.

Meanwhile, the project supported 55,000 jobs, plus more than 1,000 apprenticeships and a supply chain that stretched from the Isle of Wight to Inverness. The new line stretches over 100 kilometres from end-to-end, from Reading and Heathrow in the west, to Shenfield and Abbey Wood in the east.

The Elizabeth line is expected to increase London’s public transport capacity by 10% once fully up and running, while parties involved hope that it will provide a post-pandemic economic boost to London.

Fifty-one portable incubators, designed for more flexible neonatal care, especially in challenging environments, are being sent to Ukraine as part of a shipment of essential medical supplies. The mOm Essential Incubators will provide lifesaving medical intervention for up to 100 babies per week.

The mOm Essential Incubator, compacted to half its size (left) and fully set up (right) © mOm Incubators

The incubator weighs just 20kg and has been designed to be assembled anywhere so it can be set up and used by doctors immediately. It does not require lengthy training for use and can be moved around hospitals. It can also run off inconsistent voltage supplies, is energy efficient and equipped with a backup battery. Because it can compact to half its size, it is highly portable.

The incubator saw its first clinical use in the UK in November, and has recently been awarded its CE mark, meaning it has regulatory approval to be sold commercially.

Reports state that high levels of stress during pregnancy can increase the chances of having a premature baby (born before 37 weeks of pregnancy) or a low-birthweight baby. Following the Russian invasion, the stress and trauma occurring on a daily basis has led to a sharp rise of premature births in Ukraine within a fractured hospital system.

To send the shipment, mOm partnered with an international development not-for-profit, Crown Agents, to design and implement practical solutions to the crisis. Crown Agents has remained in contact with the Ukrainian Ministry of Health and confirmed the need for infant incubators.

Ingenious projects for the next generation of engineers

In May, the Royal Academy of Engineering announced 23 new Ingenious public engagement awards for projects across the UK designed by engineers to engage the public with engineering and inspire the next generation. 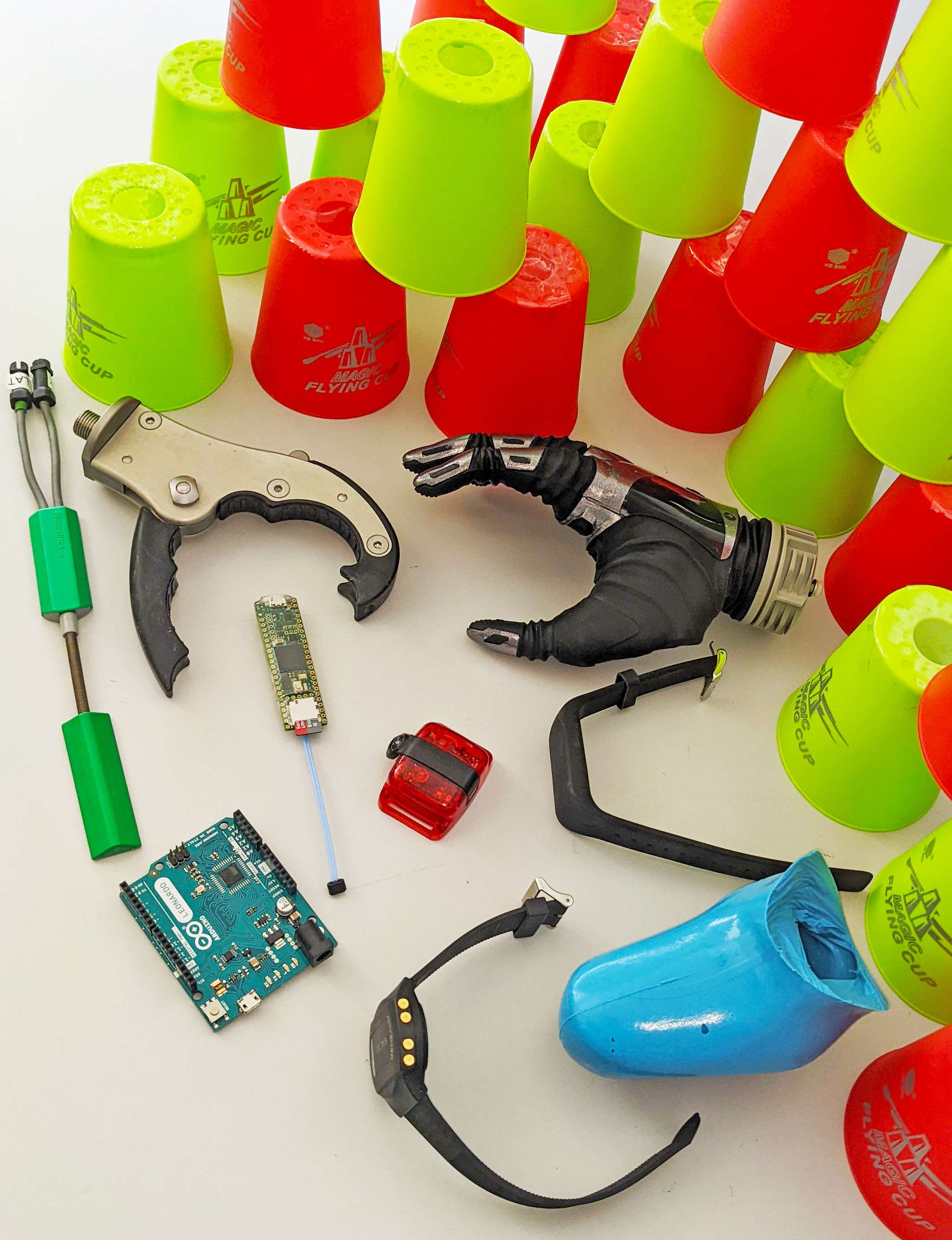 HandBuild/HandAssess will run a workshop for pupils focused on prosthetics. It will explore routes into a career in medical engineering, and recognise how engineers work alongside healthcare professionals and patients © University of Salford

Taking place in locations from Peckham to Dundee, the projects cover everything from ocean health and prosthetics, to air pollution, sport and sustainable future food. In all of these areas, engineers are coming up with creative solutions to problems and bringing new technologies to life. These projects aim to spark the imagination of local communities about these diverse themes and the impact being made by engineers.

In Portsmouth, bioengineers will host co-design puppetry workshops together with local makers and secondary school students, on the theme of ‘Puppets as Enzyme Engineers of the Imagination’. Top of the agenda in Belfast will be the importance of shipbuilding for Northern Ireland, plus the shipping industry’s sustainability challenge – a project that will culminate in the ‘Ingenious Cardboard Regatta’.

In Peckham, an eight-week programme will connect ambitious students with engineers to develop engineering solutions to air pollution – a severely concerning local issue in Southwark. Meanwhile, there will be two escape rooms, a climate emergency-focused one in Lewisham and a space engineering-themed one in Kent, plus a STEM-themed ‘Theatre in a Box’ in Yorkshire and immersive drama engineering workshops in Birmingham.

These are just a few of the projects on offer for the 2022/2023 Ingenious programme; for more, please visit the Royal Academy of Engineering website.

A robot has painted detailed artwork on a car for the first time, in collaboration with two artists, including an Indian child prodigy. ABB Robotics’s PixelPaint robot was used to replicate the artists’ designs onto a refurbished Volkswagen SUV that was damaged in the flooding in Germany during the summer of 2021. 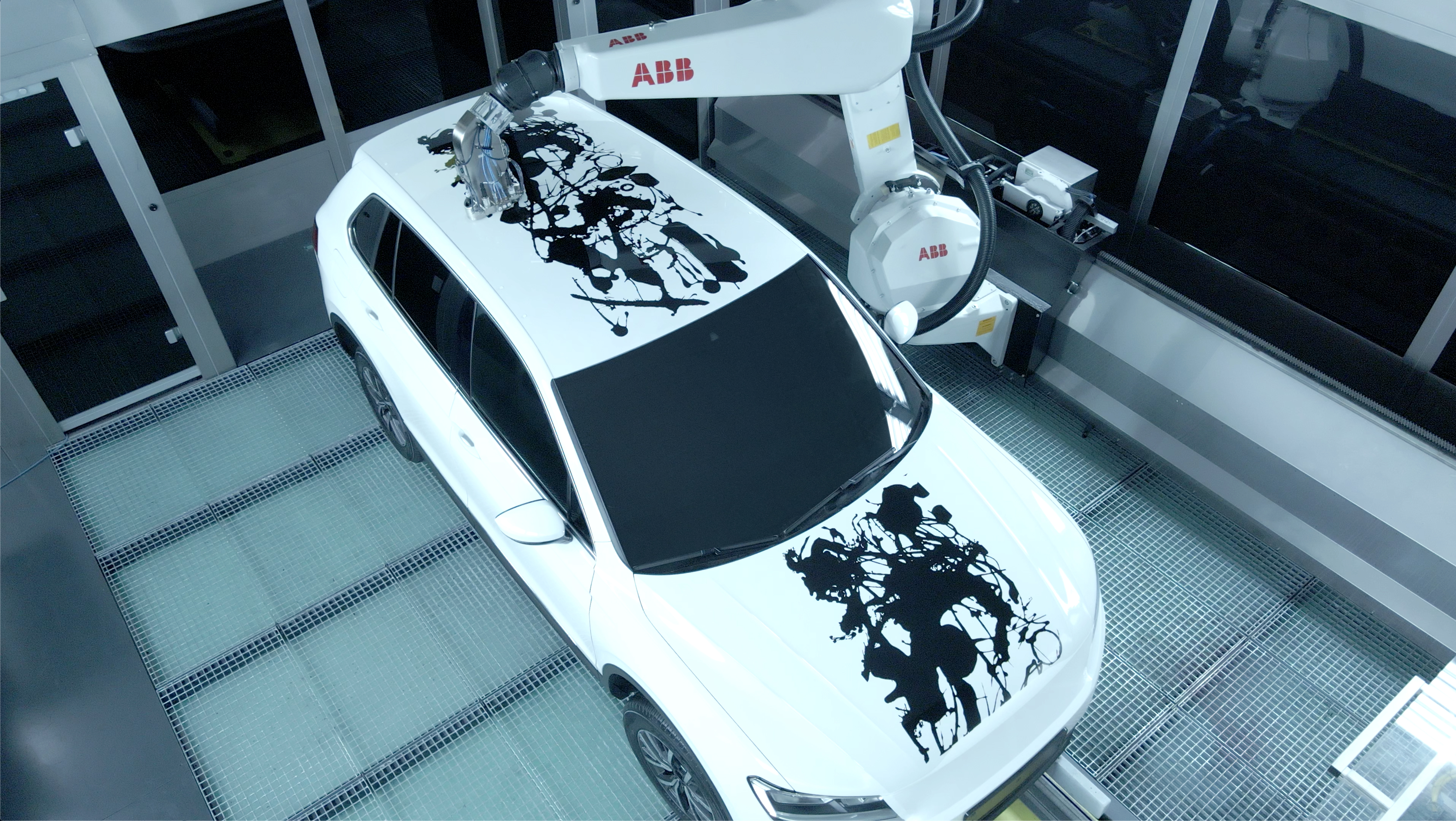 Ordinarily, intricate paint jobs such as these are laborious, requiring multiple stages of masking and unmasking. However, the robot painted the artworks in a single application, sometimes even using two colours at once. Thanks to its inkjet head, comprised of 1,000 nozzles, it completed the painting in less than half an hour. Furthermore, software enabled the paint head to track close to the body of the car, ensuring no paint was wasted, to make the process more cost effective and sustainable.

One of the artworks recreated on to a car, a black-and-white Jackson Pollock-esque piece called Zebra Utopia, was originally painted by eight-year-old Advait Kolarkar. An abstract artist who has sold his work for upwards of £100,000, Advait had his first exhibition in Pune, India, in July 2021. The other artwork was produced by Dubai-based digital design collective, ILLUSORR and was inspired by the airflows around the car.

Modern technology is playing an increasingly important role in the maintenance of key infrastructure and other systems.

New legislation means that all new developments, such as roads and railways, must demonstrate how they have increased biodiversity.

Loved by celebrities and always in the news, NFTs are the latest ‘big thing’, but what are they?