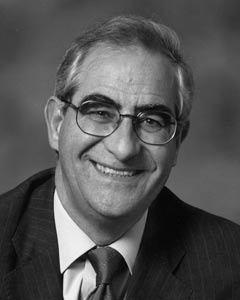 Sir Keith O’Nions, the Director General of Research Councils, outlines the funding allocated by Government to deliver its 10 Year Science and Innovation Strategy.

The UK is embarking upon delivery of a 10 Year Science and Innovation Strategy. Announced by the Chancellor of the Exchequer in July 2004, it is the Government’s largest commitment yet to global excellence in research and innovation. The ‘10 Year Framework’ places investment into areas designed to make the UK a world leader in basic science and translating knowledge more effectively into innovation. These funds will also enable the UK to become a leading place for research and development and high value-added business.

In broad terms this is very similar in substance and rhetoric to science policy initiated 40 years ago. The Wilson Government of the 1960s and the influential Robins Committee expressed two goals: economic growth and the promotion of higher cultural standards. Indeed, it is extraordinarily similar to that adopted in the USA by Vannevar Bush’s 1946 recommendation to focus expenditure around national security, the war on disease, science and jobs and the international exchange of ideas. What has changed from both of these previous initiatives is the evidence upon which it is based, the effectiveness of its delivery and the level of financial support.

The 10 Year Framework has been supported by an average 5.8% annual real growth in the Science Budget during the 2004 Spending Review period. This will see the Science Budget rise to over £3.3 billion per annum by 2008. The allocation of this money to the Research Councils and Learned Societies will help to set the foundations of the 10 Year Strategy by improving the sustainability and infrastructure of the research base, the health of key disciplines (including engineering), knowledge transfer and exploitation, the supply of scientists and engineers and public awareness and confidence in science.

The Government is committed to making sure that scientific research is properly funded and that the UK’s research base is put on a secure and sustainable footing. £120m per year, rising to £200m by 2007–08, will enable Research Councils and Learned Societies to pay 80% of the full economic cost of the projects they fund. The Government’s intention is that this percentage will reach 100% by the start of the next decade, taking into account capital funding streams. Together with maintaining the Science Research Investment Fund at £500m per year and the increases to qualitative research recently announced by Higher Education Funding Council for England, universities will be considerably better supported.

From this firmer footing, we intend to address the health of underlying research disciplines. For example, additional funding has been found to strengthen underpinning energy research to develop UK capability across the full range of future energy options, translational research in the biomedical area and areas of mathematics and advanced engineering. The increasing budget awarded to The Royal Academy of Engineering recognises the crucial role that it plays in this area. This emphasis upon sustainability and health of disciplines reflects the recognition among policy makers that a world-class science and engineering base is a prerequisite to its successful exploitation.

The 10 Year Framework highlights the importance of knowledge transfer for public good and economic advantage (with a target for the UK to increase its R&D investment as a percentage of GDP from 1.9% to 2.5% by 2014). To help facilitate this change, the Higher Education Innovation Fund (HEIF) will increase to £110m by 2007-08. The move towards a formulaic approach will ensure that HEIF has a predictable stream of income with which to strengthen knowledge transfer capacity. A retained amount for allocation on a competitive basis will allow additional funding for the most innovative ideas.

Alongside HEIF, the Public Sector Research Establishment Fund will also be expanded to £20m per year. The key challenge for the next few years will be to ensure greater cohesion between these science-push initiatives of the Science Budget and the demand-pull of the Department of Trade and Industry’s Technology Strategy, which has been supported by £320m over the period 2005– 2008. In addition to expanding these existing schemes, I have also allocated a specific knowledge transfer fund to the Research Councils to help bridge the gap between basic research grants and the successful application of the results.

Looking forward, there are many challenges facing us. There are continuing concerns about career development and mobility between academia and business, bringing along our young men and women, and successful engagement with the public on the issues of the day. The Science Budget allocations will start to address these issues. Additional funding will allow us to continue the implementation of Sir Gareth Roberts’ review of the supply of scientists and engineers and build on the Academic Fellowships scheme, run by the Engineering and Physical Sciences Research Council on behalf of all Councils. The 10 Year Framework highlights the importance that the Government attaches to achieving greater public confidence and improved engagement in science and society. The allocations will more than double the funding for the Office of Science and Technology’s work in this area, while the Research Councils, Learned Societies and other delivery organisations are working hard to maximise coherence.

The UK science and engineering base is one of the most successful systems of publicly funded research in the world. From particle physics to the humanities, the Science Budget allocations reflect the breadth of this skill base. The Royal Society, the British Academy and The Royal Academy of Engineering form an essential part of this system. The allocations respond to the ambitious agenda that they have all put forward in response to the Government’s strategy and the key part that they play in funding and supporting exceptional researchers across the sciences and humanities.

The 10 Year Framework gives cause for optimism but also clearly articulates our challenges. Achieving a sustainable world-class research base that is responsive to the needs of the economy and a fully engaged public has quite rightly been recognised by the Government as a national priority. This will require a coordinated effort across the disciplines. The new Arts and Humanities Research Council will have an important role to play in knowledge transfer through, for example, the creative arts, just as the Medical Research Council has in clinical research. Our vision is a long-term one; I believe that the Science Budget allocations will provide the foundations for us to get there.

“The 10 Year Framework highlights the importance that the Government attaches to achieving greater public confidence and improved engagement in science and society. The allocations will more than double the funding for the Office of Science and Technology’s work in this area.”

Professor Sir Keith O’Nions FRS held academic positions in the Universities of Oxford (1971–1975), Columbia (1975–1979), Cambridge (1979–1995 as Royal Society Research Professor) and Oxford (from 1995 onwards as Professor of the Physics and Chemistry of Minerals and the Head of Department of Earth Sciences).He was Chief Scientific Adviser to the Ministry of Defence from January 2000 to July 2004, and has held the post of Director General of Research Councils since 1 January 2004.

Terminal 5: History in the Making

A new approach to project and design management