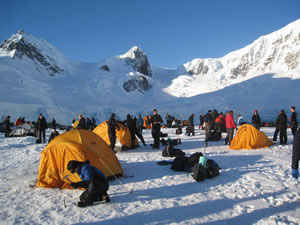 A group of postgraduate students have embarked on the trip of a lifetime to Antarctica to see first-hand the potential effects of climate change on the South Pole’s ice caps.

The BP Expedition to Antarctica was organised to provide a life-changing, visceral experience of what is at stake in the fight against global warming and place students in an alien environment where they could develop collaboration and leadership skills.

The expedition was sponsored by BP. Vivienne Cox, BP CEO of Alternative Energy and board member of the Academy’s Making Things Better campaign – selected 50 young people with an interest in changing global attitudes to climate change, from 20 countries around the world, to explore the southern continent, led by polar expert Robert Swan and his team.

Following a 48-hour sea voyage from Argentina, the group landed on 30 March 2009. The students spent four days exploring the Antarctic Peninsula by foot, two or three times a day, and spent a night camping on the ice in Paradise Harbour. During the expedition, students formed teams to consider a range of issues related to climate and energy, covering subjects like behaviour change, policy, and communications. The students were supported by a group of academics and researchers in the field of climate change and sustainability.

Over the course of seven weeks prior to embarking for Antarctica, the students gathered in a 3D virtual environment called the ‘Antarctic Village’, where they could interact through computer-generated characters and communicate via text chat and voice communication over the internet, and attend organised briefings from noted experts.

Following the trip, students are continuing to interact, discussing and putting into action commitments established during the expedition. The organisers are confident that the networks and relationships formed during the trip will create change and action for years to come. 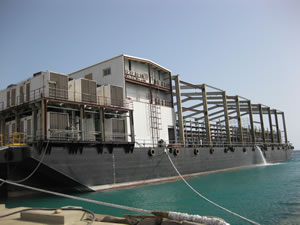 The plants were commissioned by client International Barges Company for Water Desalination as a stop-gap solution to water shortages in the Jeddah region, while shore-based desalination plants are constructed. Delivery took 10 months, with the first barge entering operation in seven months.

Constructing a full commercial offshore desalination plant had never been attempted before. These plants use pumps to force seawater through a series of semi-permeable membranes to obtain low-salinity water.

Placing the necessary equipment onto floating platforms presented unique challenges that required meticulous planning and innovative thinking. The requirement to keep the barges stable and in trim meant strategic placement of plant equipment.

Water produced by the barges – which are currently moored at Shoaibah, 170km south of Jeddah – is pumped to land through flexible pipes. The barges pump to an onshore treatment works, from where water is distributed via the existing mains pipeline.

Mott MacDonald expects the creation of the desalination barges to herald a new era for the industry. Barge-mounted facilities present cost savings of between 5% and 10% and, being accredited by the American Bureau of Shipping, they can be moved quickly to any area in the world where water is urgently needed. 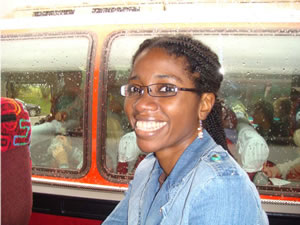 The first Newton International Fellowships have been awarded jointly by the UK’s national research academies – The Royal Academy of Engineering, the British Academy, and the Royal Society.

The £13 million fellowships are part of Government efforts to ensure the UK engages with the world’s most promising academics and builds a global network of research collaboration. The Academy is responsible for awarding a tranche of the fellowships to talented early-career postdoctoral researchers working overseas.

The Newton International Fellowships provide an opportunity for researchers to carry out world-class research at UK institutions, supported by a grant of up to £100,000 each for a two-year placement in the UK.

One postdoctoral researcher benefiting from the new Fellowships is Dr Deborah Villaroel-Lamb, lecturer at the University of the West Indies in Trinidad. During her PhD research, Dr Villaroel-Lamb developed a coastal erosion model that predicts short-term effects on beaches of stormy waves and calmer seas.

Dr Villaroel-Lamb’s fellowship will see her work over the next two years with researchers at University College London (UCL) to model and predict coastal erosion, particularly in her home region in the Caribbean. It also gives her an opportunity to process her model using UCL’s high-performance computing facilities and simulate the long-term behaviour of beaches.

Other Newton International fellows will be investigating topics including breast cancer, the outer solar system, and policing terrorism. Researchers have come from over 20 different countries, including Israel, Australia and China.

In addition to the core funding, Newton fellows can apply for follow-on funding of £6,000 a year for up to 10 years to help develop international networks. Former Newton fellows also become members of the UK International Fellowship Association, which aims to build a network of overseas researchers to help them maintain contact and encourage new collaborations.

A full list of Newton International Fellowships can be found at www.raeng.org.uk/research/researcher/ifs 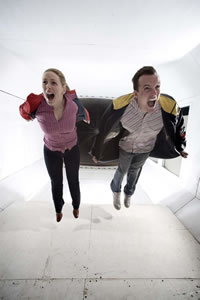 A national photography exhibition is showcasing the work of science, technology, engineering, and mathematics (STEM) Ambassadors through portraits taken by an award-winning photographer. The Leading Lights exhibition is co-ordinated by STEMNET (the Science, Technology, Engineering, and Maths Network), an organisation dedicated to encouraging young people to have a positive attitude about engineering and technology.

Photographer Richard Cannon has taken portraits of 19 STEM Ambassadors to showcase their efforts in several fields. STEM Ambassadors work closely with young people aged 15 to 19, visiting schools and colleges to help with activities, giving careers talks, and organising trips to engineering workplaces. The STEM Ambassadors programme was started in 2002 with Government funding and now involves over 19,000 professionals; over half the ambassadors are aged under 35 and 40% are women.

Clare believes diversity is the key to stimulating a new generation of British scientists. “I think it’s really important that young people get the chance to see what a huge range of demanding and creative projects modern-day engineers can end up working on – and I’d particularly like to see lots more women becoming engineers in the future,” she says.

Another Ambassador, Ranna Patel, is a bioprocess engineer who was inspired to take up biochemical engineering when an engineer visited her school when she was younger. “Meeting an engineer at my school was enough to make me realise it was the career I wanted to pursue. I want to help do the same for the next generation,” she says.

The Leading Lights exhibition is at Thinktank, Birmingham’s science museum, until 2 July, before moving to Explore@Bristol science centre from 4 July to 27 August 2009. 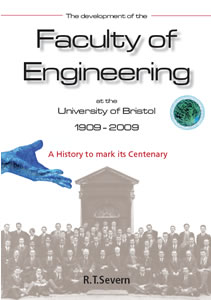 An Academy Fellow has pledged some of the proceeds from his new book to help fund the teaching of engineering students at the University of Bristol.

Professor Roy Severn CBE FREng is Emeritus Professor of Civil Engineering at the University of Bristol and has published a book tracing the history of the university’s faculty of engineering from its creation in 1909 to the present day.

In the book, Professor Severn describes the founding of the University of Bristol’s Faculty of Engineering, when the Merchant Venturers Technical College merged with University College Bristol in 1909. The book covers the subsequent flourishing of the faculty, from a predominantly teaching department in the years preceding the first world war, through the growth of research in the interwar period, and on to the influence of Europe following the UK’s admission to the European Community.