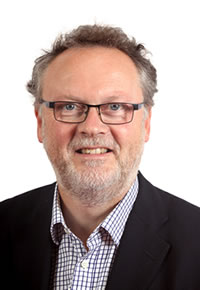 Harmonising the definitions, technical specifications and best practice surrounding smart cities is a task that has already begun. Dr Scott Steedman and Dan Palmer from the BSI Group emphasise the importance of standards development and the need for UK industry to take on leadership of this activity.

The notion of the ‘smart city’ is frequently offered up these days as one answer to many of the problems of metropolitan living. Underpinning the concept is a multitude of radical, new and exciting ideas around how we can combine previously unused sources of data and information to improve the quality of life in cities, towns and communities worldwide. For some, ‘smart cities’ means green cities. For others it means better services, more jobs or simply more efficient transportation.

The different ideas – and ways of achieving them – make it hard to know where to begin and how best to address the engineering challenges that would deliver these disparate concepts. As mayors around the world compete to declare that their city is ‘smarter’ than others, how can we help them deliver their aspirations and demonstrate value for money to citizens and investors alike?

One of the most urgent tasks is simply to agree the language that is being used so that people know what is on offer, innovators can explain the benefits of their solutions and city authorities can spend public funds with confidence in the outcomes. To do this, we need standards: agreed ways of doing things published openly.

It might seem premature to be talking about standards when we still have only a vague idea of what smart cities really mean. In reality, using a formal process to agree not only technical specifications but also best practice in issues such as public procurement of smart services or community involvement means that everyone involved can gain confidence in the outcome and move forward more quickly.

Imagine that a city wants to work with an innovative start up company to provide local e-services. The company needs access to data. That data might be held by any combination of local authorities, transportation bodies, health providers and private utility companies. The start up company says the new service will reduce congestion, or burglaries, or pollution.

The mayor is inspired, but needs external investors. Citizens are raising questions about data security and privacy. Now multiply this problem a hundred times for the UK alone. Smart cities need standards, standards that provide the basic framework which helps everyone involved agree what constitutes good practice and how they will follow it.

Timing is everything here. The global smart cities market is emerging rapidly; analysts talk of a global market of around $40 billion a year within the next few years. Demonstrator projects, funded by the Technology Strategy Board, are underway in Bristol, Glasgow, London and Peterborough. Many other cities are working on their own initiatives. If we act quickly, there is a real opportunity to create a ‘UK brand’ for future cities. 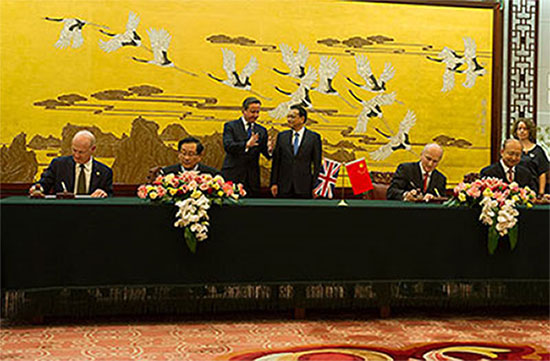 The Great Hall of the People, Beijing, 2 December 2013. Seated on the left: David Willetts MP, Minister of State for Universities and Science and Wan Gang, Minister of the Ministry of Science and Technology of the People’s Republic of China signing a Memorandum of Understanding between China and Her Majesty’s Government concerning a UK-China Research and Innovation Partnership. On the right, seated, are Scott Steedman, Director of Standards, BSI and Zhi Shuping, Minister of the General Administration of Quality Supervision, Inspection and Quarantine (AQSIQ) signing an agreement between China’s AQSIQ and the Standardization Administration of China and BSI on the mutual recognition of voluntary standards for business and industry. The UK Prime Minister David Cameron and Chinese Premier Li Keqiang stand behind

To address the smart city challenge, the Department for Business, Innovation and Skills commissioned BSI (British Standards Institution), in its role as the UK’s national standards body, to lead work on standards to support and deliver the smart city vision. In developing a national standards strategy, it became clear that the challenge is not confined to technical questions around the exchange of data and the interoperability of systems. A wide range of issues surround how cities plan, procure and implement smart technologies.

This year, the UK will be the first country to publish a suite of standards that starts to address the full breadth of the smart city challenge. Developed by working groups representing all interests, the standards will provide an overview of the concept, a common vocabulary, a framework to guide decisions on how to create smart cities, guidelines on planning and a concept model to enable data-sharing between agencies.

Supporting these good practice standards, we also need agreed standards for the data protocols, for the use and publication of the data, and for the overall systems architecture. An obvious source of data will be from sensors attached to buildings and infrastructure across the city. The data standards will need to be consistent with the new national standards on building information modelling (BIM), which government will mandate on publicly funded construction projects from 2016.

Cities are also asking for standards for new business models. The pioneering nature of smart city products and services, which cut across city systems and benefit different agencies, makes them hard to assess using conventional cost-benefit models. We need new standards on drawing up business cases and, particularly, on best practice procurement for smart city projects.

Perhaps the greatest risk to the emergence of a smart city market is the public acceptability of the very idea of a smart city. Concerns over privacy could make it politically impossible to deliver some types of services, however attractive in principle. Similarly, the development of new digital services could exclude individuals who do not have access or ability to use them. Finally, the robustness of new digital services will be a critical issue: if emergency services become reliant on smart solutions, what happens if the systems go down?

The UK leads the world in shaping business standards. If we are to make the most of the global opportunities from smart cities, experts representing all stakeholders must play their parts in structuring this new knowledge. If we work fast, we have every chance of shaping the way that countries around the world deliver their smart city projects.

In December 2013, BSI signed a new agreement with China’s national standards body, the Standardization Administration of China (SAC) that allows China to adopt UK standards, the first such agreement made by China with any other country. By promoting our new standards for smart city projects to China first, and then to the world, we have every opportunity to bring real competitive advantage to the UK in this rapidly growing world market.

Dr Scott Steedman CBE FREng is Director of Standards at BSI where he is responsible for the UK National Standards Body. He is a non-executive member of the Board of the Port of London Authority (PLA) and a former Vice President of the Royal Academy of Engineering.

Dan Palmer is Head of Market Development at BSI, where he leads on standards for manufacturing and service industries, with a particular interest in emerging technologies. As part of this, he is responsible for the development of BSI’s smart city standards programme.

Clansman Dynamics makes a range of heavy-duty foundry and forge machinery, and has developed the G30 grinder which reduces strain and improves the view for grinding operators.

Ingenia talked to Paul Davies, Chief Meteorologist at the Met Office, about the processes involved and the new technology developed to improve UK forecasting.

HOW DOES THAT WORK? - Plastic Pounds

Polymer notes are already valid currency in more than 20 countries, following Australia’s pioneering development and introduction of them in the 1980s.

Ingenia looks at the engineering challenges behind one of Europe’s most ambitious space missions.