A Facebook software engineer, the director behind the fastest-selling Rolls-Royce civil engine ever made, one of Europe’s leading authorities on digital security, and two of the UK’s sharpest young manufacturing entrepreneurs have been awarded Royal Academy of Engineering Silver Medals for their achievements.

The Silver Medal award was established 20 years ago to recognise an outstanding personal contribution by an early- or mid-career engineer that has resulted in successful market exploitation.

The five medallists were selected from a long list of nominations, drawn from many areas of contemporary engineering. They were chosen by a panel of Academy Fellows who have expertise across the range of engineering disciplines, as well as personal entrepreneurial experience.

Professor Distefano is the co-founder and CEO of Monoidics, Software Engineer at Facebook, Professor of Software Verification at Queen Mary University of London, and a former Royal Academy of Engineering Research Fellow. 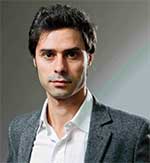 Distefano is one of the world’s leading experts in the process of automatically finding errors in software systems. This is becoming more important as society becomes increasingly reliant on software-based systems, and less tolerant of errors within them.

His advances in this field have contributed significantly to the UK research community being recognised as a world leader. The code-checking start up Monoidics, which he co-founded in London’s Silicon Roundabout in 2009, was acquired by Facebook in 2013. Prior to the acquisition, Monoidics’ commercial products were utilised by major organisations in security, avionics, and consumer electronics.

The scale of technical advances that Distefano has made in this field is striking. When he began in 2004, tools for verifying properties of pointers were applied to toy programs of tens or hundreds of lines. Now, his ideas are being applied to industrial software systems of over a million lines of code. 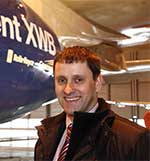 Chris Young is behind the world’s most efficient large aircraft engine developed to date, the Rolls-Royce Trent XWB. The next-generation engine will power the new Airbus A350 XWB aircraft, which will come into service later this year.

More than 1,600 of the Trent XWB engines are already on order to power civil airliners, making it the fastest selling civil large engine ever. At peak production, almost one engine will be manufactured every day. The previous best selling Trent engine type took 18 years of service to reach 1,500 sales.

Prior to the development of the Trent XWB, Young’s early work in energy, which developed concepts to enhance and replace industrial gas turbines, laid the foundations for the entire energy sector to start looking at cost reductions in innovative ways. He has played a significant role in shaping the future of the energy sector, contributing to advisory panels working closely with governments to steer regulations in energy.

Professor O’Neill is one of Europe’s leading digital security experts. The high-speed security silicon chips that she developed as a PhD student were incorporated into over 100 million television set-top boxes alongside ARM technology.

O’Neill’s research on novel silicon chip architectures for encryption and authentication has also led to significant security improvements in many other applications, including electric vehicle charging. She is working on the development of the next generation of anti-counterfeiting technology, physical unclonable functions (PUFs), which is in the process of being incorporated into electric vehicle charging stations in South Korea to prevent fraud. PUFs could also potentially be used for a multitude of Machine to Machine (M2M) authentication applications as the Internet of Things becomes a reality.

Today, O’Neill is Professor of Information Security at the Centre for Secure Information Technologies (CSIT), Queen’s University Belfast. She is the youngest ever professor at the university, and its first female professor in electrical and electronic engineering. O’Neill played a key role in the creation of the CSIT, which has attracted global security organisations to work with it, including Cisco, IBM, McAfee, Thales, BAE Systems and Altera.

Contributing to the future vision for digital security in Europe, O’Neill was also invited by the European Commission to become a member of the Young Advisors group, which is shaping the future by lending expertise on how to achieve the EU’s Digital Agenda for Europe.

PETER BREWIN AND WILL CRAWFORD

The founders of Concrete Canvas are two of the most successful young entrepreneurs in the UK today and already have a string of accolades to their name.

The pair invented Concrete Canvas – a rapid-setting fabric impregnated with concrete that is activated with water – while at university and founded their business to commercialise the innovation. The canvas allows many construction projects to be completed faster, more efficiently, and with a lower environmental impact than conventional concrete. 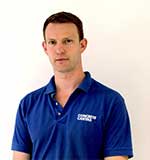 Concrete Canvas’ sales have doubled every year since the company was established, and tripled in 2013 with a turnover of £5 million; 85% of its sales are exported across 40 countries. 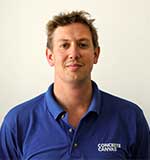 In 2013, their innovation captured the attention of the Academy’s MacRobert Award Committee, made up of leading UK technology entrepreneurs. The committee selected Concrete Canvas as a finalist for the UK’s most prestigious engineering award.

Concrete Canvas’ growth has provided valuable employment opportunities in its South Wales Valleys location during a recession, when many similar businesses have been making redundancies – read the story behind its development and many applications in Ingenia 57.

The inventor of the world’s first universal self-adjustable eyeglasses had the latest version of these spectacles shortlisted for the Design Museum’s 2013 Design of the Year Awards.