In 2004, a small British manufacturer produced a tent that weighed less than a kilogram. Since then, Terra Nova Equipment has continued to push the boundaries of camping technology, and currently holds the world record for producing a 500-gram tent – the lightest that is commercially available.

Andy Utting, a civil engineer and Managing Director of Terra Nova Equipment, set the challenge of producing the world’s lightest tent after noticing a growing demand from solo hikers who wanted to reduce the loads they carried. As an outdoor enthusiast himself, he was also tired of lugging bulky and heavy equipment on overnight trips.

Producing such a lightweight tent required years of experimentation, innovative materials development, refining of manufacturing processes and clever design work. Utting and his team’s first step was to look at the materials they were using. Previously, Terra Nova had established a reputation for producing sturdy mountain tents that withstood nights on end in inhospitable places such as Mount Everest. The team evaluated the tents, and found that the pegs and poles were the heaviest components. Tent pegs alone can weigh up to 300 grams, so swapping to titanium and reducing their size immediately helped to decrease the weight, as did switching to finer zips. 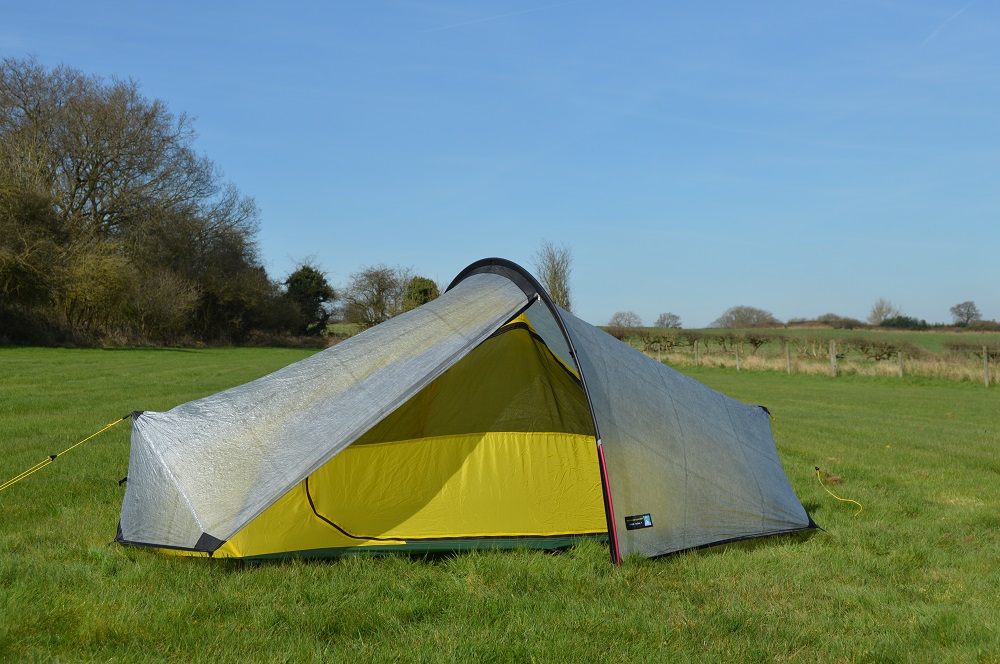 The team attached stress gauges to the tent poles to measure the strain that they were placed under. This revealed that, as the poles were forced into place, they came under extreme loads often well beyond their expected limit. Decreasing the weight of the poles might have helped save weight, but would increase the risk of them breaking as a user wrestled them into place, especially in windy conditions. However, tests showed that by pre-bending certain sections the team could reduce the stress the poles came under. They also used an odd number of poles to ensure that there was no join at the top of the curve where stress would be greatest.

The fabric of the inner and outer skins of the tent were another area that could be transformed. Initially, the team began by reducing the fibre thickness (denier) of the polyester and nylon used to weave the fabrics, but to make the lightest tents in the world, they needed to look for new materials. They discovered that instead of using woven fabrics, they could use a technology more commonly used to make ropes and reinforce body armour – ultra-high-molecular-weight polyethylene.

This thermoplastic can be spun into fibres that are then aligned and bonded together to form thin, flexible sheets. By laminating a single sheet on both sides with a thin polymer film, Terra Nova created super thin and waterproof fabrics. Titanium dioxide, which is often used in suncream, was added to the final coatings to help protect the fabric from damage caused by ultraviolet light.

Terra Nova also changed how the fabric was joined. Sewing tents together adds weight from the thread as well as the layers of sealant needed to ensure that water does not leak through the holes left by the needle. Instead, the team bonded the seams together using tape that is heated to fix two pieces of fabric together. Tests showed that the bonds created in this way are stronger than the fabric itself, so the seams were no longer the tent’s weak point.

These weight-saving innovations culminated in the Terra Nova Laser Ultra 1, a tent that weighs less than a half a kilogram. Now, the company is looking towards a new challenge. The current focus of the outdoor industry is to reduce the pack size of equipment too, so Utting and his team are hoping to use their knowledge to create tents that will be not only the lightest, but will also take up the least room when thrown into a backpack for an adventure.

An ingenious introduction to engineering

The Royal Academy of Engineering’s Ingenious scheme funds projects that engage the public with engineering. Some of these projects are playing an integral role in the government’s Year of Engineering.

HOW DOES THAT WORK? - Robots

While there are many different types of robots, many share the same components that help them move.

Metrology, the scientific study of measurement, is fundamental to manufacturing. As production processes evolve, measurement techniques must develop and become more precise.

Raising and conserving the Mary Rose

The Mary Rose was raised from the sea more than 35 years ago. Since that time, innovative engineering techniques have helped to preserve the hull and the ship’s artefacts, and are still being used in its conservation.