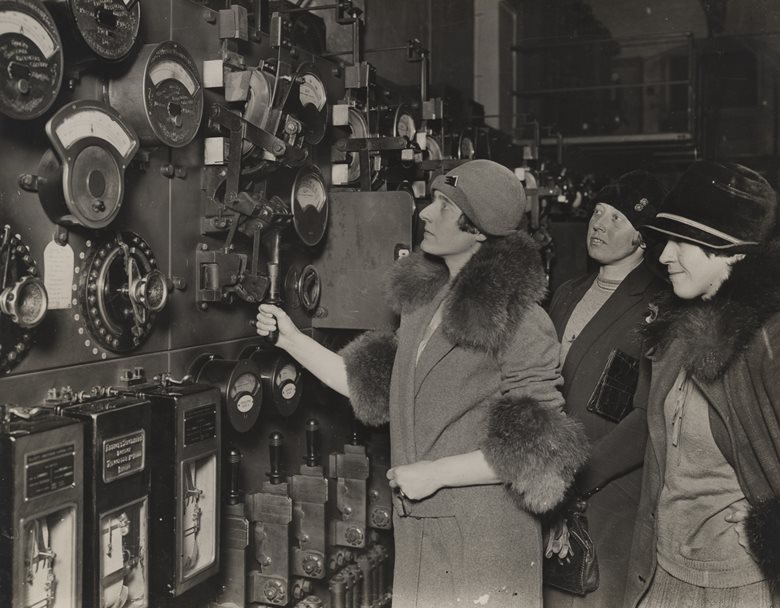 2019 marks the centenary of the Women’s Engineering Society (WES). The society is marking the date by commemorating the women engineers who have been involved with WES over the last 100 years, from its founders to the women currently working in engineering. Portia Sale spoke to Ceryl Evans, Consultant Social History Curator to WES, about how the society is working to transform the engineering landscape, celebrating women as engineers, and campaigning to improve diversity and inclusion.

While women had been involved in engineering before the First World War, the new and expanding range of industries that arose during the conflict, such as munitions and aeronautics, created more opportunities for women to work in engineering. Some women went from doing poorly paid piecework to managing and training all-female teams in factories. In 1919, after the war had ended, the Sex Disqualification (Removal) Act was passed: “A person shall not be disqualified by sex or marriage from the exercise of any public function, or from being appointed to or holding any civil or judicial office or post, or from entering or assuming or carrying on any civil profession or vocation, or for admission to any incorporated society.”

This law meant that women could join professional organisations, although there was a still a bar for married women. WES was legally recognised the day after the act was passed. While the act allowed the society to exist, the parallel 1919 Restoration of Pre-War Practices Act contradicted it in many ways, as it forced lots of women to relinquish their wartime roles to the men who returned from war. The society aimed to support the women who had worked throughout the war and did not want to go back to domestic work just because it was over.

Its first President was Rachel Parsons who, like many early women engineers, came from an engineering family – her father, Charles Parsons OM KCB FRS, invented the steam turbine. During the war Rachel replaced her brother as a director on the company’s board and, along with her mother Lady Katherine Parsons, oversaw the recruitment and training of women munitions workers. Lady Katherine brought together the founders of WES – a group of inventors, engineers, campaigners and designers – to improve the rights of women in the workplace as traditional engineering societies continued to reject applications from women after the war. 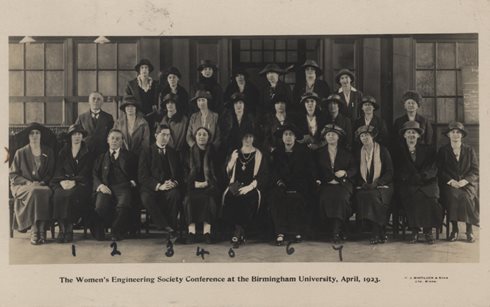 Many of WES’s founding members had been involved in the suffrage movement, which in 1918 had contributed to women aged 30 being granted the vote. WES members recognised that although the vote had been given to some women, most of them working in the factories were under 30 and did not own property, so did not benefit. The seven founders drew up a constitution for a society that would help women gain training, employment and acceptance in the world of engineering. The early members had diverse careers, spanning electricity, medicine, house-building and aeronautics.

Rachel Parsons was one of the first three women to study mechanical sciences at the University of Cambridge, although women could not graduate at the time. She campaigned for equal access to technical schools and colleges, and co-founded Atalanta Ltd, an all-women engineering company that produced machine models with Annette Ashberry, its Managing Director and another founder of WES. Parsons also set up Girl Guides groups in her area, teaching practical skills and community-mindedness.

Dame Caroline Haslett DBE was also one of WES’s first members – she answered an advert for an organising secretary “with some experience of engineering”. She went on to edit WES’s journal, The Woman Engineer, and was later President of the society. She co-founded the Electrical Association for Women, an organisation that aimed to reduce women’s domestic workload by encouraging the use of electricity. She became one of the most influential women in the first half of the 20th century, and even spoke alongside President Harry S Truman in front of the White House in her role as President of the International Federation of Business and Professional Women.

Other members included Dorothée Pullinger MBE, who managed 7,000 women munitions workers during the First World War, before becoming director of Galloway Motors, where she ran an innovative apprenticeship programme for women and built the first car engineered by, and for, women* (‘An ingenious introduction to engineering’, Ingenia 74).

In the mid-century, membership of WES continued to grow and attract women from a range of disciplines, from Dr Winifred Hackett, a computer pioneer, to metallurgists, nuclear engineers and the UK’s first female railway engineer, among many others.

WES is a charity and a professional network. Today, its work is needed more than ever – according to the Office for National Statistics, only 11% of professional engineers in the UK are women, one of the lowest rates in Europe. In technical roles, women’s participation is even lower. The society continues to raise the profile of female engineers and shows girls that they can become engineers. It works to celebrate the present, remember the past and transform the future. WES runs STEM Returners, a programme for women returning to STEM after a career break, provides mentors for women working in STEM through MentorSet, runs the Top 50 Women in Engineering Awards each year, and runs International Women in Engineering Day every June [see Marking the centenary]. WES wants to see people embrace the idea that engineering is for everyone, by ensuring that while the world continues to change and develop, it opens opportunities to all, regardless of who they are.

*A film about Dorothée Pullinger’s life can be found at https://bit.ly/2UnKXjG