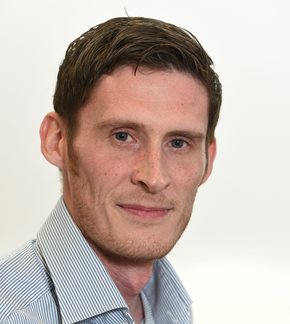 Dr Daniel Elford is the Co-Founder and Chief Technology Officer of Sonobex Ltd, a company that is developing acoustic metamaterials to solve noise pollution problems. The harmful effects of noise have been linked to up to 50,000 fatal heart attacks every year and 200,000 cases of cardiovascular disease in the EU.

For decades, the way to counter noise in the built environment was to use a variety of barriers, silencers and absorbing materials, such as mass for an acoustic barrier or absorption for a ceiling plate to reduce the echo in a room. Sonobex came up with something entirely new: metamaterials. Metamaterials do not use physical properties to control noise, but instead use the shape of objects.

The technology uses artificially engineered structures that create acoustic effects not found in nature. They can control low frequency sound and can be tuned to control, direct and manipulate noise.

The company has developed the first commercially available, acoustic metamaterial-based technologies that are revolutionising industrial noise control and enabling significant low-frequency noise reduction. The company designs and manufactures a range of modular engineered systems incorporating NoiseTrap® acoustic-metamaterial based panels. These acoustic panels are being used in several industrial projects and other products are close to release. 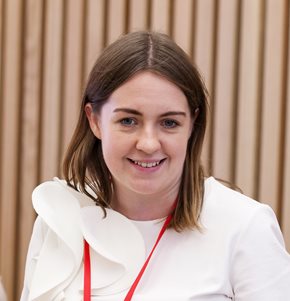 Jennifer Griffiths’ innovation, Snap Tech, works with retailers, social media and publishers to help customers quickly find and compare fashion items online. Retailers can use Snap Tech’s ‘Snap Similar’ button to show customers clothes that match the colour or cut of others they have browsed. Publishers can make use of ‘Snap the Look’ to tell readers where to find a whole outfit from a single photo, along with where to find similar outfits.

Jennifer Griffiths began writing the algorithms that power Snap Tech while she was studying for her master’s in computer science at the University of Bristol. She spent three years developing the idea into a business, which is the world’s first cross-platform visual search site for fashion and launched in 2012. After raising initial funding herself, she marketed the technology to business-to-business clients, focusing on retailers and publishers such as Marie Claire. She joined the Academy’s Enterprise Hub SME Leader programme in 2017.

Snap Tech’s technology combines hand-crafted mathematical rulesets – a problem-solving technique that quickly narrows a range of possible results to an approximate solution – with the latest machine-learning technology to deliver visually-matched results from an original query image. It takes user-generated images from social platforms, for example, and delivers results that can then be filtered. The technology can be used on the web, via mobile, or in-store. 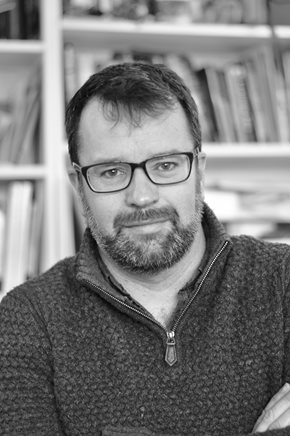 Professor Newman, BP Professor of Information Engineering at the University of Oxford has been writing autonomous vehicle algorithms for 20 years. Since 1999 he has worked on the core ideas that underpin autonomous vehicles worldwide. His work has been fundamental in enabling the operation of autonomous sub-sea vehicles including those that dealt with the Deepwater Horizon oil leak in the Gulf of Mexico.

During an Engineering and Physical Sciences Research Council Leadership Fellowship, Professor Newman developed the ‘Robotcar’, which in 2013 became the first autonomous vehicle on UK roads, paving the way for future autonomous vehicle operation. His technical work underpins the government’s strategy on driverless cars, and he currently serves on the Department for Transport’s Science Advisory Council.

Professor Newman co-founded Oxbotica, which has recently partnered with Addison Lee to bring autonomous taxis to London. Its technology enables robots to navigate without relying on GPS or any other external infrastructure. Instead it uses onboard sensors, cameras, lasers and radars to interpret and act in specific environments. Oxbotica’s Universal Autonomy software has been used commercially in a vast range of environments – from autonomous cars on public roads to mines, warehouses, forests, airports and ports, in any weather, at any time.