Innovative incubator achieves first clinical use in the UK
In November, a new, neonatal incubator, developed and manufactured in Britain, was first used in a clinical setting in a UK hospital to help sustain a premature baby at St Peter’s Hospital in Chertsey.

The affordable incubator, created by James Roberts, Founder and CEO of mOm Incubators, and his team, weighs just 20 kilograms and compacts to half its size, making it easy to store and transport. It has also been designed to be easily cleaned; has a replaceable infant compartment; and is energy efficient, so it can run off inconsistent voltage supplies and also has a backup battery. The incubator is designed for challenging low- and middle-income settings, and provides a more flexible option for neonatal care in the UK and other high-income countries.

One in 10 babies born around the world are premature and one million of them die every year. Three-quarters of these deaths are easily preventable through access to thermoregulation, or consistent warmth. However, only a small minority of premature babies have access to conventional incubators, which are regularly inoperable or discarded because of a lack of servicing and spare parts.

James commented: “Sustaining a child’s life in our incubator for the first time has been a humbling experience and a monumental step in transforming this dream into a practical reality. It is unacceptable that one million premature babies die each year, when most of these deaths can be easily prevented. An idea that was once scribbled down on paper now has the potential to impact many lives globally.”

The design is backed by Holly Branson, Virgin’s Chief Purpose and Vision Officer, and Sir James Dyson OM CBE FREng FRS. In 2014, James received the global James Dyson Award for his prototype and in 2015 won the Royal Academy of Engineering’s Launchpad competition for the UK’s most promising engineering and technology entrepreneurs. He also joined the Academy’s Enterprise Hub SME Leaders programme in 2019 for coaching, business mentoring and leadership training and is now a Hub member.

Ana Avaliani, the Academy’s Director of Enterprise and Sustainable Development, said: “The solutions to today’s most complex economic and social challenges lie in the minds of the brightest engineering and tech entrepreneurs – people like James. At the Royal Academy of Engineering Enterprise Hub, we help them transform ideas into reality. We are thrilled to see the mOm incubator in clinical use in the UK.

The cost effective and compact incubator can be easily stored and transported (image of baby used with permission from St Peter’s Hospital NICU, Chertsey, and the parents with grateful thanks to both)

Sculpture engineered from 250-year-old air
During COP26, visitors to the Glasgow Science Centre were able to attend an exhibition centred around Antarctic air from 1765, inspired and informed by the urgent need to address the climate crisis.

Polar Zero, an immersive, science–engineering–art exhibition, features a cylindrical glass sculpture encasing an air sample from 1765 extracted from an Antarctic ice core and preserved within. Engineering expertise was critical to the artwork as it is the first time that anyone has attempted to extract ancient air from an ice core and encase it within a glass sculpture. Engineers from Arup devised a technique to make a casing with a void inside filled with fluid, which Robert Mulvaney, from the British Antarctic Survey, then injected the air into. 1765 is a crucial date, predating the Industrial Revolution, after which human activity began to fundamentally accelerate the growth of greenhouse gases in the Earth’s atmosphere.

The artworks also use Antarctic ice cores (cylinders of ice drilled out of an ice sheet or glacier) no longer required for research by the British Antarctic Survey. The ice cores contain information about past temperature, and many other aspects of the environment. The ice encloses small bubbles of air that contain a sample of the atmosphere, from which scientists can measure the past concentration of gases (including carbon dioxide and methane) in the atmosphere. The engineers’ job was to make sure that the ice didn’t disappear too quickly so that visitors could see and hear it dripping away very slowly. They used precise calculations and creative thinking to construct the right level of insulation while still allowing the visitors to get up close to the ice.

The exhibition is a collaboration between the British Antarctic Survey, Arup and the Royal College of Art (RCA), funded by the Arts and Humanities Research Council (AHRC), and is running until mid-December.

The RCA’s Wayne Binitie is an AHRC-funded PhD student and the artist behind Polar Zero.

The artworks featured in the Polar Zero exhibition, created by Wayne Binitie

Electric plane claims to be world's fastest
Rolls-Royce’s battery-powered aircraft, the Spirit of Innovation, has reached a top speed of 623 kilometres an hour, potentially making it the world’s fastest all-electric vehicle.

It was powered by a 400 kW electric powertrain and what Rolls-Royce says is the most power-dense propulsion battery pack ever assembled in aerospace. 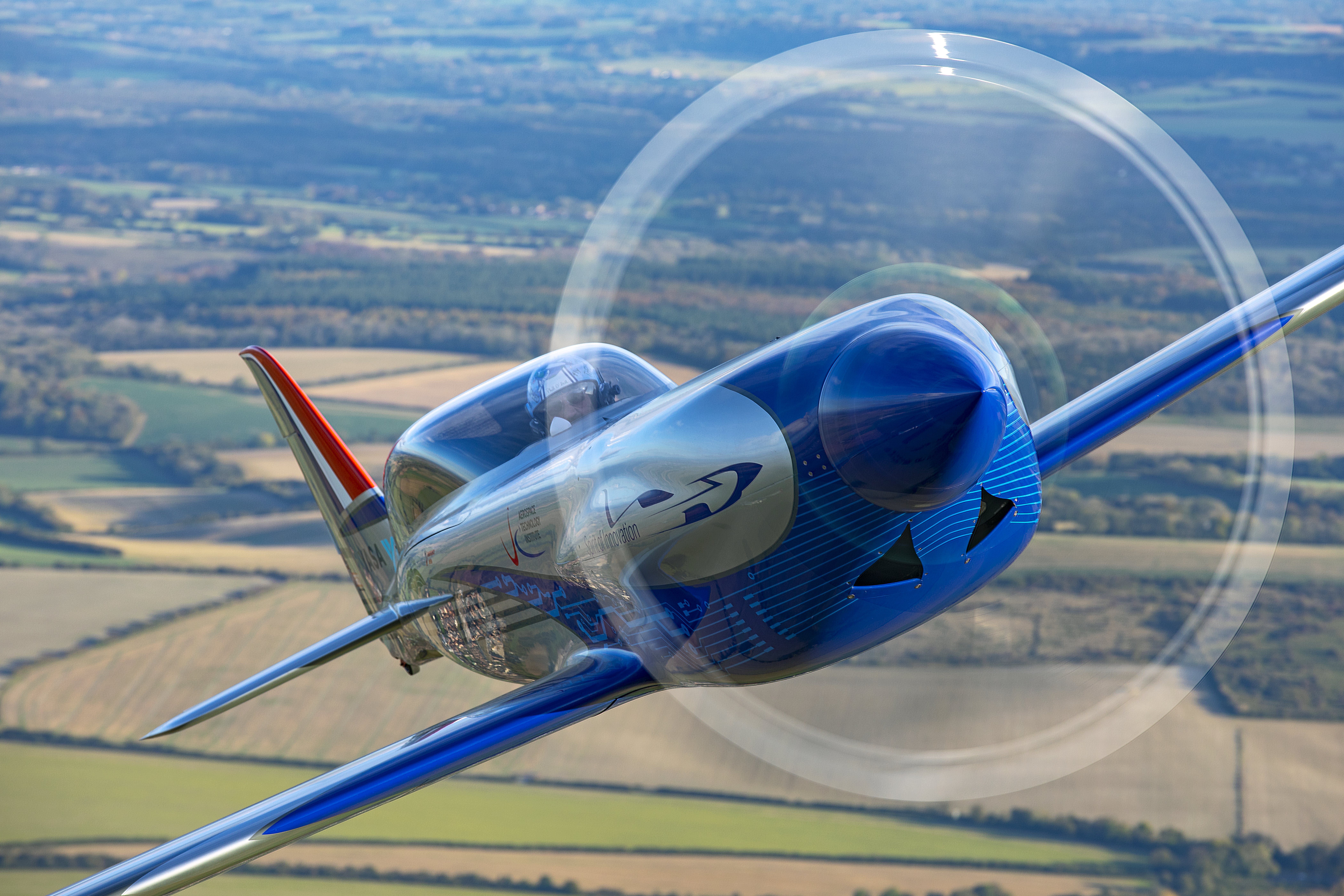 The Spirit of Innovation in flight © Rolls-Royce

The Spirit of Innovation is part of the Accelerating the Electrification of Flight (ACCEL) project. Half of its funding is provided by the Aerospace Technology Institute, in partnership with the Department for Business, Energy and Industrial Strategy and Innovate UK. Rolls-Royce also worked with aviation storage specialist Electroflight, which developed the battery, and automotive powertrain supplier YASA.

Business Secretary Kwasi Kwarteng said: “Rolls-Royce’s revolutionary Spirit of Innovation aircraft is yet more proof of the UK’s enviable credentials when it comes to innovation. This record will show the potential of electric flight and help to unlock the technologies that could make it part of everyday lif

How I got here – Hassan and Hussain Moftah

Twins Hassan and Hussain Moftah are both data analysts whose work overlaps with data engineering and science.

The James Bond films – and books – are known for their exciting and innovative gadgets. Although mostly fictional, some do have their roots in real-world technology.