The Royal Academy of Engineering’s prestigious Silver Medals were awarded by the President, Lord Browne of Madingley, at the annual Awards evening in July 2009. Instigated in 1994, they are a symbol of recognition for the UK’s most talented engineering professionals who have made important personal contributions to the engineering landscape that have resulted in successful market exploitation. The five winners and their achievements are profiled below. 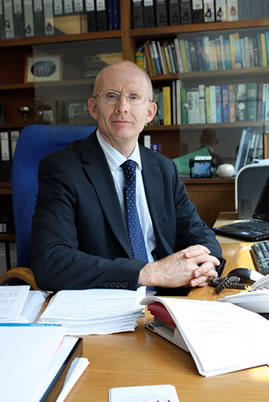 Professor Livingston is a leading example of how to successfully bridge the gap between academia and industry. His research has resulted in several innovations that have become commercially successful, proving it is possible to break past investment-funded research and into the development of viable products.

Elected to the Academy Fellowship in 2006, Professor Livingston has made a significant impact on engineering practice while maintaining a pre-eminent academic research profile in chemical engineering. His research has notably resulted in new methods for carrying out chemical separations, which have applications in a number of industries, from pharmaceuticals to food production.

Also an astute businessman, Professor Livingston has made recent breakthroughs in Organic Solvent Nanofiltration (OSN) and directly transferred this research into industry. OSN is a new field that uses membranes, which are stable in organic solvents, to separate small molecules like antibiotics, dyes, and catalysts from a mixture.

His company, Membrane Extraction Technology (MET) Ltd, established a small-scale manufacturing facility to produce spirally-wound membrane cartridges for testing and trials by customers. This soon led to the first installation of these membranes in a commercial production facility, for a large UK pharmaceutical company in 2008. In turn, the company established a new manufacturing facility in West London.

Professor Livingston has been able to lead a team in establishing a quality-controlled manufacturing process at MET, while also writing highly cited publications, running a large research group, and regularly giving keynote lectures at international conferences. 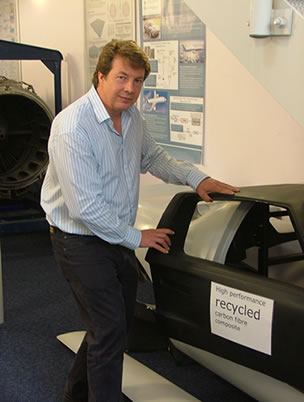 Key research into carbon fibre composite structures by Professor Warrior has demonstrated that mass-produced vehicles can be up to 50% lighter and still maintain crash-test performance.

Car makers are currently seeking to reduce vehicle weight to improve fuel consumption and lessen emissions. Since 1996, Professor Warrior has carried out research into lightweight carbon fibre composites in the automotive industry. His work in the field has included research for Ford, Aston Martin, Bentley, Lotus, General Motors, and DaimlerChrysler.

Professor Warrior’s work in the design, manufacture and recycling of carbon fibre composites has demonstrated that they are a viable material for use in high-volume production (up to 20,000 vehicles a year). Previously, the high material costs and labour-intensive manufacturing process made such composites the preserve of motor sports and supercars.

Also, his research into recycling has proven that carbon fibre structures can be reused in low-cost moulding compounds for secondary structural applications, which can then be subsequently recycled.

Professor Warrior’s current industrial research programmes include a project with Aston Martin for the very first structural discontinuous carbon fibre chassis components; a project with Bentley looking into structural thermoplastic carbon fibre composites; and work on the viability of commercialising recycling with Boeing and Ford.

Away from research, Professor Warrior’s work has resulted in two core product lines for Aston Martin. He has helped produce a braided windshield and A-pillar for the Vanquish model and reinforced composite panels for the DBS. He also holds consultancies with carbon fibre manufacturers and the aerospace industry. 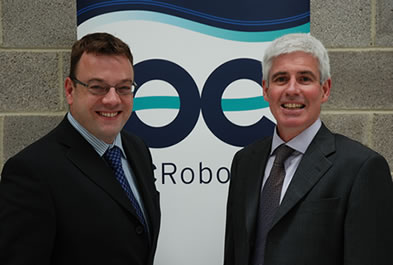 Unlike standard robots used in car production lines, snake-arm robots are formed from multiple links interconnected by spherical joints. The slender arms (they range in diameter from 12.5mm to 300mm) are driven by wire rope and use parallel rather than serial mechanisms. A typical arm can have 20 or more degrees of freedom, curving and bending like a snake or elephant’s trunk. Innovative software has been developed to enable an arm to be steered into confined spaces.

OC Robotics raised venture capital in early 2001 and completed the first prototype later that year. The first contract, with the Ministry of Defence, for a snake-arm mounted on a remote controlled vehicle to enter cars, was secured in 2003. OC Robotics’ customer base has since grown to include Airbus, Areva, General Electric, Ontario Power Generation, Sellafield and the US Department of Defense. The company has also won three Department of Trade and Industry SMART awards (now the Department for Business Innovation and Skills’ Grant for Research and Development) and saw its turnover exceed £1million in 2007. 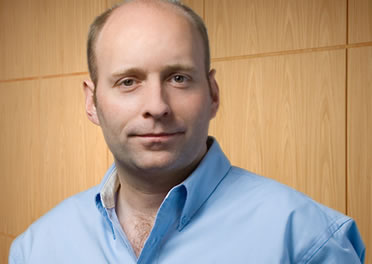 His most recent work has been in virtualization – the method of separating one physical computer server into multiple ‘virtual’ servers. Ian Pratt led efforts to create a more holistic approach to virtualization, coining the term ‘paravirtualization’ for a new method that leads to better use of hardware and software, substantially improving the performance of virtualized machines.

He also created the Xen hypervisor, a virtual machine monitor that allows multiple operating systems to be hosted concurrently on the same server. Xen has had a significant impact on IT research around the world, having been adopted by many projects investigating Grid computing, and other research at academic institutions including UC San Deigo and the University of Michigan. Xen has also had a profound effect on the computing industry, with IBM, Hewlett-Packard, Sun Microsystems, Intel, AMD, Cisco, Red Hat and Novell adopting it as their de facto standard for virtualization.

To commercialise his creation, Ian Pratt co-founded a company called XenSource and launched the XenServer product line. XenServer has been chosen by several leading manufacturers to be embedded in flash memory in next-generation servers. XenSource was acquired by Citrix Systems for $500 million in 2007 – making it one of the largest ever UK software company acquisitions.

The speaker at the Academy's 2009 International Lecture, and former head of oil giant Saudi Aramco, talks to Academy President, Lord Browne of Madingley.