Do we need to speak to be heard? 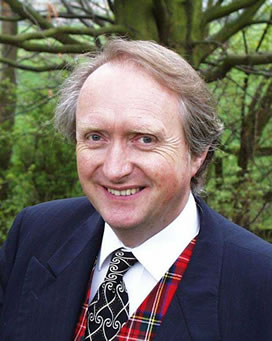 Text messaging is almost universal among Britain’s youth with fewer young people using their phones to speak to one another. Is it possible that we’ll even need to talk in the future? Communications expert Professor Will Stewart FREng puts forward the possibility that our future may lie in a text-driven revolution.

How much will future generations actually speak to one another? At first this may seem a strange question but it is as relevant as asking if future generations will be writing by hand. Even for those of us who were children before the personal computer, handwriting is now mainly a matter of taking notes and scribbling comments. In practice
I already find creating shopping lists easier on my iPhone.

The slow decline of handwriting may not be so controversial, but the decline of speech? Well, try visiting a modern laboratory full of grad students; typically they will each be at a desk listening to music through headphones. Chatting certainly occurs but more often via text ‘instant’ messaging, where other partners in the conversation may be at the next desk, in the next building or half way round the world. Texters may not even share a common language – Google messaging already provides live translation. According to recent Ofcom studies the proportion of 12-15 year olds regularly using text messaging is 86% and rising, compared with the number regularly making phone calls at 71% and falling. Perhaps it is not such a large step to imagine them hardly speaking at all.

This is more startling, and has more profound implications for future communications technology, than has been generally recognised. For example, the rapid emergence of Twitter (the online text-based ‘micro-blogging’ service) as a political reporting device has had a startling impact worldwide, arguably greater than party political videos on YouTube.

The telephone was always supposed to evolve into the videophone, first demonstrated in 1927 and for the last 50years a staple of science fiction from HGWells through Star Trek and beyond. But a long series of efforts to commercialise it have all failed, even when they were technically successful. Enthusiasts have always argued, no doubt with some justice, that this was because the systems offered were too expensive or too inconvenient or both. Even now, when anyone with a webcam and a computer (or soon a smartphone) and any of the popular messaging clients (Skype, AIM, MSN and the rest) can make video calls essentially for free, the service seems little used compared with voice and, increasingly, text communications.

We may indeed be at the cusp of a new revolution heading rather the other way, almost without noticing it. Although overall voice call minutes are still just about rising this is modest compared with the rapid growth in texting, and the ‘writing’ for speech may indeed be on the wall. When one also considers the growing use of text-based communications on the internet, including email, instant messaging and networking sites such as Twitter or Facebook (not to mention the Blackberry) it looks much more as if text is replacing speech telephony than as if video is likely to.

This seems to be a simple matter of preference – I would often prefer to get a text or an email that I can answer when it suits, even in the boring bits of meetings, than an intrusive phone call. And this is particularly true when communicating with members of the ‘global village’ living in Japan or California for obvious reasons of timing, and you are no doubt reading rather than hearing this article. This is not to say that speech or video are not sometimes helpful – my wife liked to see and talk to our son when he spent some time in the US, just to be reassured as to his general health, and there are business meetings where it is easier to have face-to-face interaction. But with the rising costs, both economic and environmental, of business travel, it may become rather an occasional service. Just as fax is akin to email for the technologically unsophisticated, the phone call may become what your parents did before the text, instant message or ‘tweet’.

A world dominated by text and email may not suit everyone, and may annoy all of us at times but it may have its positive side. Fluent reading has always been seen as a sign of erudition, even of civilisation, and may be on the rise. The Economist noted at the start of 2009 that the US National Endowment for the Arts (NEA) reported that “the number of adults who said they had read a novel, short story, poem or play in the past 12 months had gone up, rising from 47% of the population in 2002 to over 50% in 2008”. Furthermore “...numbers of men aged 18-24 who say they are reading books (not just online) rose 24% in 2002-08.”

It may seem a bit of a stretch to regard the rise of texting as a precursor to the growth of literature, but many highly regarded classic books were conceived as collections of letters (Jane Austen’s Pride and Prejudice, or Gilbert White’s Natural History of Selborne, for example) and although current collections of ‘SMS literature’ hardly seem in the same league this may just be a matter of time.

The UK sees itself as a leader in literature and was undoubtedly the great innovator in letter mail when Rowland Hill invented the penny post. Is there now an opportunity to lead in a new text-based revolution?

Will Stewart is an expert on photonics, communications and electromagnetics. He has wide interests in technologies from communications to biosensing, he was educated at Imperial College (Physics), and was chief Scientist of Marconi. He is author on some 64 conference and journal papers and on 48 patents. He is on Ofcom’s Spectrum Advisory Board, ECOC management committee, chairs the IET’s Communications Sector panel and many others.

How motor-racing technology is finding applications for its innovations across other industries, like healthcare and defence.